Our street was changing. Was I powerless to do anything about it?
Claudean Boatman 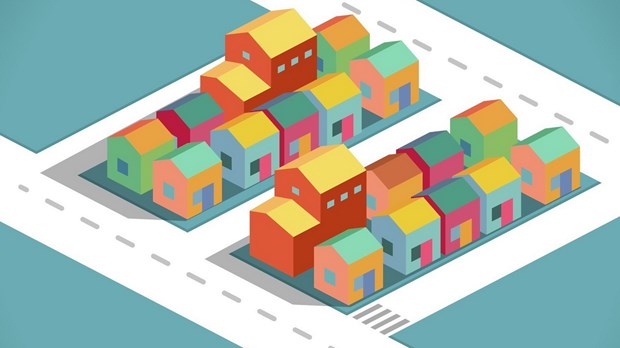 My husband and I joke that we live in "the slums of Water Valley." Starter homes, weedy yards, and porches with peeling paint dot our neighborhood. Across the way, Water Valley shows off million dollar houses and signs warning that the walking paths and fishing ponds are theirs alone.

When our children were growing up, two dozen other children their ages lived on the block. They played in our yard and rang the doorbell to ask for bubbles. Now fewer than ten children live in the houses around us, and we know only three of them well. In the summer, troubled teens gather in noisy clumps on the sidewalk.

Renters occupy nearly half the houses. Yards that were well groomed are now rock or weeds. Some cars sport obscene or anti-religious bumper stickers. Police visit several times a year for domestic issues. Although the changes made me sad, I didn't think I could do much about them.

The Answer to My Own Prayer?

A few years ago my husband, Tony, and I realized our concern for our neighbors had gone dormant. Inside those little homes were real people: one-parent families struggling to care for children, teens experimenting with drugs and alcohol, and people in financial crisis. How long had it been since I saw them with compassion instead of criticism and condemnation? When did a call to police become a better way to address loud music than walking across the street and explaining that shift workers couldn't sleep because of the noise?

That night Tony and I decided to pray for the people on our street. We promised each other we'd be open to meeting needs God placed before us. We prayed, and we waited. At first we saw only the obvious opportunities. We waved at neighbors and gave token gifts at Christmas. We tried to be friendly with the dropouts who hung out across the street, despite the vulgar language and loud music. This was hardly the buzzing ministry I'd expected.

When a tornado struck our town, we were grateful that we had only minor damage compared to those who lost their home and possessions. But our street was still in the evacuation area.

Much of our concern focused on the new couple next door. We knew their house had been in foreclosure and in bad shape before they bought it. On the day we were allowed to return home, we saw them pull into their driveway. We walked over to greet them and made small talk about the lack of power and damage they had to their siding and windows. They confided that they probably wouldn't be able to pay the insurance deductible and house payment. We promised to pray for them.

As we prayed, I sensed that God was going to use us, somehow, to help meet that need. We didn't have extra money—we had to pay our own deductible—but that didn't stop the feeling that we'd be part of our own answered prayer.

A short time later, I was talking to the pastor of the church near our house about their tornado damage and mentioned our neighbors' situation. He called the church treasurer and the next day handed me a check for the amount of their insurance deductible. My husband and I told the couple again that we'd asked God to provide for their needs. We related my visit with the pastor and handed them the check. They both cried when they saw the amount.

Jubilant in seeing God work, we started to pray more fervently, "God, give us a way to impact this neighborhood for you." A couple months later, a local newspaper article mentioned that the town was looking for people to host National Night Out gatherings, an annual August event created to build community-police partnerships to fight crime. We signed up to offer our neighbors an old-fashioned ice cream social.

We planned for a large crowd, confident every person on the block would come for free ice cream. We hand delivered invitations, posted reminders on the mailboxes, and talked to as many people as we saw. The big night arrived. Four neighbors showed up. I welcomed each person with enthusiasm. My heart, though, was anything but excited.

We talked to so many people, Lord, and they didn't care enough to show up.

That night I flopped into a chair, crossed my arms, and fought the desire to cry.

"Well, that wasn't so worthwhile, was it?" I said.

Tony reminded me, "Remember, it takes a long time to build relationships."

I was reaching out, being obedient to what God was calling me to do, yet where were the results?

Tony and I committed to pray more and continued to look for ways to foster friendships. We also asked the only other Christian couple who lives on our block to pray with us for our neighbors.

The next year we decided to add a Christmas open house to our efforts. Three people came. Behind my outward smile, I was discouraged. I was reaching out, being obedient to what God was calling me to do, yet where were the results? I started to wonder if God even noticed my efforts.

But I pushed on, piling plates with leftover goodies and delivering them to the neighbors who didn't come. Each person accepted their plate with surprise.

By this time, I'd learned the names of nearly all the neighbors on both sides of the street. Instead of general prayers, we started praying specifically. We asked God to keep the dropouts away from drugs and to teach us how to really love them. We prayed God would give us compassion for the couple who fought in their driveway. We begged God to protect the children who witnessed hatred in their home. We asked God to help a nursing student make it through classes and for the unemployed to find work.

Conversations with neighbors turned into opportunities. The partying teen across the street started to sell cooking knives, so we invited him to practice his sales pitch on us. He was thrilled when we purchased a set. That simple act helped repair a relationship damaged by earlier confrontations we'd had over noise and vulgar language.

The death of one woman's brother-in-law opened the door for our Christian friends in the neighborhood to minister to the family. The woman started bringing her child to church and was eventually baptized. She's joined us in ministering to the neighbors.

Instead of planning for our usual ice cream social for our block's National Night Out, last year I asked neighbors what they'd like.

Nearly 20 neighbors came. The couple who fought in their drive-way were noticeably absent, though they'd promised to come.

My husband asked a blessing over the food and over our neighborhood. Even the couple with an anti-religious bumper sticker didn't seem to mind the prayer.

The dropouts in the driveway across the street watched from a distance, then got into their car and drove off, only to return 10 minutes later carrying a bag of chips. As they joined our gathering, my husband winked at me. God was indeed answering prayers for our neighborhood.

When a surprise snowstorm hit in October, the Christians in the neighborhood banded together to clean up the debris. The men used a chainsaw to cut up the largest branches. The rest of us loaded what we could carry into the pickup. Eleven trips to the town's drop-off site later, even the most aloof neighbor was cordial.

It was after this that the fighting couple began waving to us.

Fourteen neighbors came to our second Christmas open house. Children worked on crafts in one corner while the adults talked and laughed around the food table. People lingered even after it was over. I praised God for what was happening in my living room.

Not long ago I thought about the story Jesus told the religious expert who questioned Jesus about his definition of neighbor. The parable describes the lengths religious people went to avoid helping a wounded traveler. Surprised, I realized that God had replaced in Tony and me the urge to walk away from our neighbors. Instead, he gave us a desire to laugh, cry, and share a meal with these real, wounded, and precious people.