Worship leader Kim Walker-Smith is passionate about using her gifts to equip and empower the next generation of church leaders
Allison J. Althoff

"Every day when you wake up, you've got to think to yourself, 'I'm a game changer, I just am. That's what God's called me to do, it's who he's called me to be, and I'm going to give everything for it,'" Jesus Culture director and pastor Banning Liebscher said to thousands of young adults and ministry leaders gathered at a 2012 conference in New York. "You've got to be encouraged when you walk onto your campus, when you walk into your workplace, when you're in your city—you've got to be encouraged that God is going to do something significant." 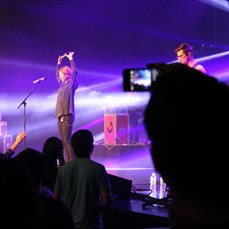 This encouragement and enthusiasm is customary coming from Jesus Culture's worship team and staff as they gather individuals at conferences and gatherings around the world. Initially launched as a youth ministry outreach at Bethel Church in Redding, California, the "revivalist movement" has evolved from its first conference hosted in 1999 to an international movement with over 1.1 million Facebook followers. Kim Walker-Smith is the female lead on a worship team that has recorded seven live albums from conferences hosted from Australia to Los Angeles with one goal: to capture young adults' hearts for Jesus.

"We're about empowering the next generation and encouraging them to do what's in their hearts to do," Kim says. "We focus on the next generation—the youth and young adults—but more and more, their parents are coming to our gatherings. So we're beginning to influence the 35 and older audience as well."

"We're about empowering the next generation and encouraging them to do what's in their hearts to do." -Kim Walker-Smith

Kim's heart comes alive in ministry because it's what brought her to life at the lowest point in her life. At 18 she found herself struggling with bouts of anxiety, depression, and restlessness as she wrestled through scarring events of her past, including questions of identity and her parents' divorce.

"When I was a little girl, I heard someone say something, and I got it in my head that I was a mistake," Kim says. "At 18 I was struggling with a lot of anger, self-hatred, and pain from my past, and when I was just ready for everything to end, God showed up."

Her search for meaning on a late-night drive during her freshman year of college brought her to Bethel Church's 24-hour prayer room, where she encountered Christ like never before.

"Something shifted and I realized, there must be a God, and he must love me. From that moment on, I could feel his love. And I just felt this surge of hope push through. So I began my journey of looking for him, searching for him, and getting to know him more."

After experiencing God in Bethel's prayer room that night, Kim left her studies at a university in Redding to attend Bethel Church's School of Supernatural Ministry, where she was encouraged to foster her gifts of leading worship. She would work in the mornings, go to school in the afternoon, then spend time in her bedroom or at Bethel's prayer house worshipping, praying, and seeking God.

One early morning in Bethel's prayer chapel, everything changed. 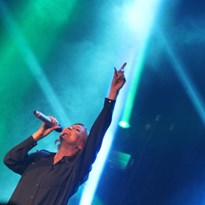 "All of a sudden, in one moment, I felt Jesus just walk in the room. It was so powerful and so strong, it was as if I could feel the presence of a person just walk into the room," Kim says. "I could feel him come right up to me and lead me into this encounter as I fell on the floor sobbing. That was it. There wasn't any spectacular worship music, no one leading me. It was just me just waiting on him and he just showed up out of the blue. It was radical." Kim describes this as one of her biggest points of breakthrough and healing, and is what compels her to continue to lead worship for congregations all over the world today.

Motivated Millennials: the future of the church

A 31-year-old Millennial herself, Kim has led worship at gatherings around the globe. In January 2013, Jesus Culture led worship at the Passion Conference in Atlanta where over 60,000 university-age students gathered from around the world to worship and raise over $1.3 million to fight human trafficking worldwide.

"Kim is way more than the female lead of our band," Cody Williams, Jesus Culture's events director, says. "She's directing the music label and doing a wonderful job. She's an incredible woman. We're proud of her."

With seven full-length albums completed and Spanish and Portuguese projects in the works, Jesus Culture is an internationally minded movement with a passion for the local church. They plan to leave their home in Redding to lay down roots in Sacramento in early 2014. 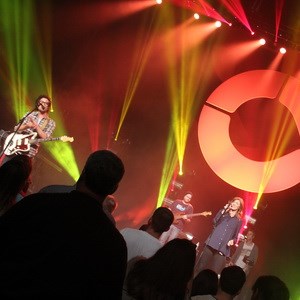 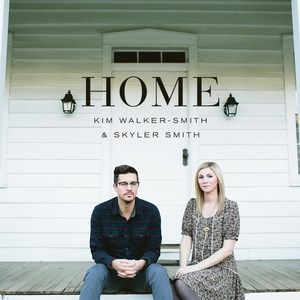 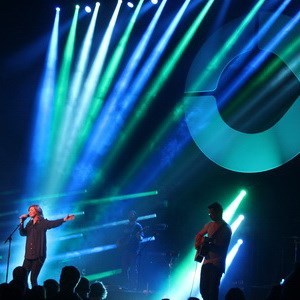 Kim also spends time writing and producing music with her husband and co-band member, Skyler Smith. The two were married in 2009 after growing up in small-town Oregon together and re-connecting at a worship conference in 2008. The newlywed duo released an album together in early July, Home, and are expecting their first child in late September. "Getting to see Kim be herself in front of a ton of people and also at home with the family is really encouraging," Skyler says. "I think it's important for women to have a role model like Kim, because I think a lot of times men have that role that people look up to. It's great to see Kim as an example in that field, and also a great family leader as well."

Leading worship didn't always come naturally to Kim. With a background in musical theater since the age of three, she knew she had a heart for the arts, but was initially terrified of applying her gifts in a worship setting at church.

"When I first began leading worship, I was almost afraid, like a holy fear, if that makes sense," Kim says. "I didn't want to bring anything that I knew previously of the stage or singing into what felt so sacred. When the leaders in my life started pushing me to lead, I was terrified."

During her worship-leading debut, she fled from the stage in tears.

"I was horrified," Kim says. "Just completely embarrassed. I swore I would never lead worship again."

Thanks to encouragement from peers and leaders at Bethel Church, she overcame her fears and continued to pursue Christ with a passion.

Today she serves as a worship leader at Bethel, and is Jesus Culture's female lead at worship conferences and gatherings. Her most popular YouTube video, a rendition of worship song "How He Loves," has over 9.5 million hits. Kim has also experienced success in the secular industry: she once competed in a singing competition on a television network in Northern California, and advanced in an audition for American Idol.

When asked about her success, Kim points to her continual dependence on Jesus.

"I was just focused on him, and he was leading my steps. It's like one day I opened my eyes, looked around, and went, how did I get here?"

Jesus Culture's most recent conference took place in Los Angeles from July 22 to the 24, Kim's last appearance before she took off for a brief maternity leave proceeding the arrival of she and Skyler's first child.

"I believe in my heart that you can have it all—that you can dream big, pursue what's in your heart, raise a family, and have a career," Kim says. "God makes a way." 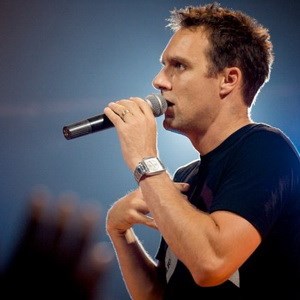