Vulnerability, transparency, and true love played large roles in Christa Black’s healing journey away from abuse and toward marriage and motherhood.
Maria Cowell 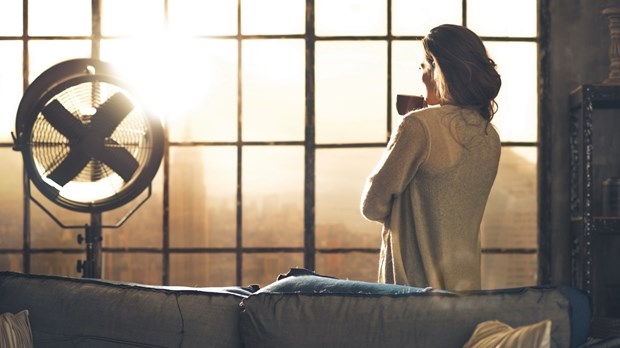 Christa Black is a self-described "dreamer," a whimsical vocalist and composer whose songs have garnered impressive accolades, including the composition of "One Thing Remains," an award-winning worship song made famous by Jesus Culture that recently hit number one on the Billboard Christian charts. With such creativity, one would think she would be a romantic as well. But early in her career, while touring with Michael W. Smith, she scoffed at the idea of love at first sight. So the irony of meeting her husband, Lucas, wasn't lost on her.

"I had just got done telling Michael that love at first sight doesn't happen anymore—I wanted it to, but I knew it wasn't real," Christa says. "The next week, it happened to me. When I first met Lucas, he shook my hand and knew. He went out, called his mom, and said, 'I just met my future wife.'"Looking back on that first meeting, Christa realizes it wasn't just happenstance. Her marriage and subsequent motherhood were part of God's healing from a past of abuse, eating disorders, and performance addiction. Prior to meeting Lucas, Christa had started blogging about her struggles, and a mutual friend of theirs suggested to Lucas that he read the blog. After six years of marriage, Christa realizes how deeply Lucas has been part of her healing journey.

"Lucas is very anchored and he such a rock," Christa says. "I am such a dreamer, so our balance is beautiful. He just loved me. His consistency of saying, 'You are a wreck, but I still love you,' is what helped change me. He was the hands and feet of Jesus in the midst of my issues."

Christa's issues—self-loathing, insecurity and perfectionism—resulted from sexual trauma. She has early memories of being sexually abused by a worker at her mom's furniture store, and despite growing up in a loving Christian home with her pastor dad, mom, and brother, the abuse ignited feelings of shame and unworthiness.

To compensate for feeling dirty and unlovable, she became a "performance addict," excelling academically, musically, and always trying to achieve socially. She believed she was ugly and needed to have the perfect body. By the time she was a teenager, she was binging and purging regularly. She continued in that cycle for years, hiding her eating disorder from friends and family.

One night, she called home when she had reached the end of herself. She was exhausted by her struggle and without the strength to live, but she lacked the courage to actually kill herself. She entered treatment in a rehab facility and wrote music as part of her healing.

At the end of her treatment in 1999, she visited friends in Nashville who praised her musical abilities. They were meeting a producer to pitch their songs to Rebecca St. James and suggested he listen to Christa's music. He agreed.

"I was shocked," Christa recalls. "I only had three songs in the world. What was I doing there? I was so nervous to play for him. I had no aspirations to be a songwriter. I wasn't writing because I wanted to be in music. I was writing for therapy for myself." The three songs impressed the producer. He decided to develop Christa artistically and began crafting a publishing deal for her. She moved to Nashville, but the deal didn't work out. She ended up selling cell phones for a living. She was an accomplished violinist, and kept her skills sharp by playing in church. One day after a series of services, she had five producers rush the stage to ask if she did session work.

"I had no idea what session work was, but if it got me out of selling cell phones at the mall, then yes, I did session work," she says.

Epiphanies on the road with Michael W. Smith and the Jonas Brothers

She was doing session work, singing, and playing violin professionally when she landed her first gig with Jennifer Knapp. In 2001, she moved to New York to do solo work. While in New York, she got a call from Michael W. Smith. He had heard her on a demo and wanted to know if she was interested in touring with him.

Christa felt she was ready. She had completed rehab, and thought she had conquered her demons. However, she was still on a healing journey, and New York was a tough city. She was living alone, away from family and church support, and no one had any idea she was still struggling with an eating disorder.

"I was a wreck in New York. I was a wreck for years playing with Michael. I wasn't purging anymore, but I was definitely medicating with food, trying to control my weight by fasting or exercise. I was so petrified to tell people I was struggling because I was in ministry," she reveals. "Here I was leading worship in front of thousands of people. I was supposed to have it all together, and I didn't. That is what actually kept me in my cage."

It wasn't until she was performing with the Jonas Brothers a few years later that the cage would open. As the group travelled by bus, she would have a lot of downtime to just sit and think.

"I am an external processor, but I do a lot of thinking," she confides.

She thought about the fans, screaming and going wild when the Jonas brothers took the stage. She didn't see exuberant fans, though; she saw girls desperate for love and affirmation, a feeling she knew too well.

"Because we were traveling with the Jonas Brothers, these girls were eating every word and every tweet. I realized I had a platform—maybe I could influence those who were going through the same stuff I went through. Maybe I could write about it and help them avert depression, addictions, and insecurity."

When she started blogging and opening up about her past, she was amazed at the response. After concerts, moms would pull her aside in the lobby and thank her for saying these things to their daughters. But in a surprise twist, many of the moms would also admit they struggle with the same issues and her words were helping them as well.

"I realized very quickly that pain didn't discriminate with age or race. Pain is pain is pain," she says.

The outpouring of reader support soon swelled into a tidal wave of book requests. Christa would receive emails begging her to write a book. She had never written a book, but felt she had enough of a blog following that it might work. So she "just sat down one day" and started writing God Loves Ugly & Love Makes Beautiful, a book chronicling her struggles.

"The number one thing I love to get across is the importance of vulnerability to freedom," Christa says. "When I actually started sharing what was going on, that is when I was able to be loved in the places of my woundedness. That spurred healing, but I did it the hard way because I did not reveal enough soon enough. What took me 10 years can be walked out much shorter if someone can get to a vulnerable place and share with a pastor, their spouse or friends."

That's the kind of vulnerability she has experienced as a wife and mom, and has come to realize that healing happens in relationships and accountability. She and Lucas team together vocationally and also juggle parenting their son Moses, who will be joined by baby number two due in March 2014. Lucas is her manager, and as much as possible, they tour together as a family. Although they have a strong relationship, Christa says she is shocked at how few resources there are for couples trying to figure out a new life together. So much so that she thinks maybe they will write a book on marriage one day.

"I think it is ridiculous that marriage is the most wonderful, hardest, refining thing you will do, and yet there is such little preparation for it," she says. "Marriage is the greatest thing in the world because you find out how selfish, insecure, and emotional you are. All this stuff gets brought to the surface, not for the point of realizing how awful you are, but so that God can remove it."

While marriage has been a refining and healing tool in her life, motherhood has given her a new understanding of God's love. When she was suicidal she reached out to her parents, who she knew had always been there for her. When she wrote her book she wanted to be truthful, but also honoring to them. It was difficult for them to read her book, but now as a parent herself, she more fully understands why they walked through her healing journey with her despite their own pain.

"I think I finally have a perspective of the unconditional love of the Father," Christa says. " If Moses grew up and was a mass murderer or a meth addict, he would still be my son. It is the same thing spiritually. I am adopted into the family of God. Nothing I can ever do will change the love of the Father for me. Likewise, I look at Moses and say, 'Dude, you are stuck with me loving you forever.'"