Even after more than two decades of marriage, I sometimes feel like I’m alone
Renee James 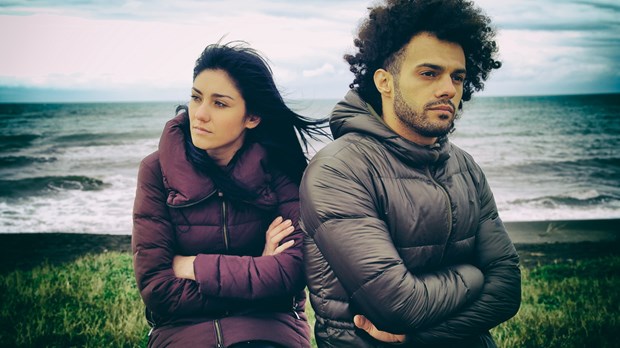 "Really, Connie. I appreciate it, but you don't have to," I replied.

"Well, you are a single mother, aren't you?" my mother-in-law replied as she turned her car onto the February ice that coated St. Clair Avenue West. She and I had wrapped up our first, and as it turns out, only, shopping expedition for me—the new midlife mother—as she'd offered me $100 a month to buy diapers, clothes, whatever we needed, for my new son, Christopher. The windshield wipers beat out a dull rhythm as they cleared off the slush.

"I mean, Jeff isn't making any money, is he?" she continued.

For 10 years, my entrepreneur-musician-husband had struggled to manufacture, sell, and make a living from his own electronic music sequencers—a specialized product if there ever was one. I sputtered out something about how Jeff couldn't be making money if he had to write software code for his product's next version, but once this code worked, his business would bring in money again.

And yet, truth be told, I had begun to feel single. It had been seven weeks since we'd brought Christopher home from the hospital, and I'd learned to nurse and punch out words on a keyboard while Christopher napped in a baby Bjorn slung to my chest. I was making difficult choices: Now that my "free to be me" time had been reduced to scattered 15-minute intervals, should I shower, start dinner, wash dishes, or do laundry? All the while, Jeff, for the most part, focused on software code, readied our garbage for pickup once a week, or slept.

I can't do it all myself

I couldn't run away from Connie's words, or what it exposed in my heart. My mother-in-law had just cheapened her son's worth with two well-timed phrases, and even I hadn't believed my responsive sputters. The primal sense of failure welling up in my eyes caught me by surprise: I'd married someone who, at that moment, couldn't earn enough to keep his family afloat. My injured pride demanded attention: I was an educated working professional who became a first-time mother in my 40s while being sole breadwinner; I wasn't a candidate for anyone's handouts, least of all those from a mother-in-law who'd never approved of her son's choice of mate.

A deep feeling of inadequacy blanketed my spirit: How was I going to do it all? Jeff and I had been married for 21 years. I had a partner. Our love was a sure thing. So why wasn't that love enough all of a sudden?

For 10 months, I let Connie's "single" comment get in the way of my marriage and motherhood. With every $100 check we cashed, my prayers grew terser: God, do something! I don't need a reminder of all that's wrong with our life right now. My conversations with Jeff grew pointed, increasing in volume and intensity: "If you can't give me a deadline on when your code will be working and sequencers ready to sell, how about finding a job . . . now?" I fumbled with the buttons on Christopher's onesies while trying not to let my thoughts show: "Christopher, I don't know what I'm doing here. Any chance you could grow up now?"

Desperate, I began putting out feelers about launching a freelance writing career. And I began to shut Jeff out of his co-parenting role: "No. Why is Christopher crying like that? Can't you see he doesn't want you to do that? I can do that. Move over."

Most nights I felt I needed to prove I had married well by parenting around the clock, making sure we didn't run out of paper towels or bread . . . all while producing communications work of quality because God knew, one of us had to make money! Did I trust Jeff so little? Did I trust God even less?

That December, something broke over the Christmas holidays—the relationship between Jeff and his mother. Two hours of irretrievable words had winded and wounded us, and it was time to leave. As we bundled up Christopher, Connie, Jeff, and I knew we couldn't return to our former way of relating. And I knew that after 22 years, even though I was persona non grata in Connie's eyes, I would stand where I'd always stood: right beside my husband.

Beside my husband. Looking back, I realize those three words helped me heal from the soreness of living singly. I had never been alone, nor would I ever be. On the four-hour drive home that night, I held my hands open on my lap. I needed a literal reminder that I wasn't alone: "I have called you by name; you are mine. When you go through deep waters, I will be with you. When you go through rivers of difficulty, you will not drown. When you walk through the fire of oppression, you will not be burned up; the flames will not consume you" (Isaiah 43:1–2). That was the start of my practice of daily, and often hourly, reminders to give over to the king the most precious gifts I could ever bring him. But the healing hasn't stopped there.

Four years later, it doesn't look as though much has changed. As I write this article, Jeff is still up, burning the midnight oil as he codes and builds his first IOS app. I hope he finishes before Christmas so he can job hunt, though I'm not sure he'll make that deadline. And yes, I'm still the primary breadwinner. The rivers of difficulty haven't dried up, nor have the deep waters receded. But my heart has changed.

Every day, I make the effort to open my hands and release everything: Jeff, Christopher, our finances, ministry dreams, and our deepest sorrows and grandest desires, into God's hands. Most days, this prayer comes easily. Releasing Connie into God's care has not been as easy. Why should I pray for her? I've asked God on several occasions. But it's when I pray for the divine ability to forgive Connie that I'm reminded of our equality in Christ. A place at the foot of an empty cross is as much Connie's as it is mine. It is the power of Jesus' shed blood that cleanses, and is hers to receive. His nail-scarred hands reach out and pull me out from the deep waters that overwhelm, just as they reach out for Connie's, too.

My heart of stone has softened as I've released Jeff into God's care. I now choose to wait with Jeff, not on him. I've realized my life won't start when Jeff brings in an income, and I sometimes wonder why I lived that lie for so long. Do I whine any less? No. But much of that whine goes to God first, in prayer. And the whine becomes a prayer of gratitude—for Jeff, for Christopher, for the physical home we have, and for the spiritual one we build as a family. It's in that moment of said thanks that the Spirit points out what I choose not to see. I'm not the only one who wonders whether today will be the day when the rivers of difficulty breach the sandbags of savings accounts, lines of credit, and family goodwill. I'm not the only one who wonders at times whether our 27-year marriage will weather the heat of all that's oppressed it: broken promises, communication ruts, too few affirmations, too many assumptions . . . general trials of life. I'm not the only married, "single" person in our relationship. Jeff has lived singly too.

These days, I take Ruth Haley Barton's words to heart and lean in to the 10 or 15 minutes of silence I can carve out of a busy workday. Only when I lean in do I recognize that "single" serves to describe my place, a legitimate place, on a spectrum of lifestyle and parenting choices and styles. Nothing more. My place on that spectrum will change depending on our resources and that's okay. But what doesn't change? God's place before and beside me.

Renee James is the communications director for Canadian Baptist Women of Ontario and Quebec and a regular contributor to Today's Christian Woman. She blogs, albeit infrequently, on change, big and small, at reneejames.org.