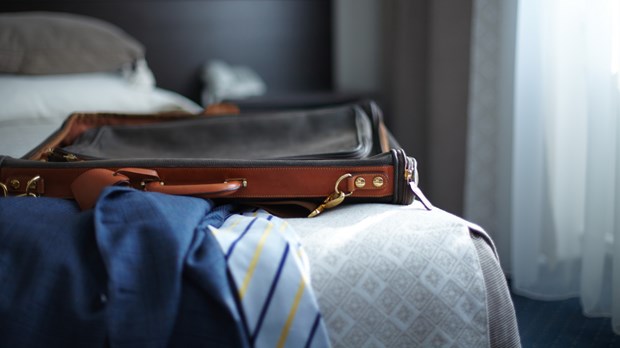 In January 1997, the divorce that I filed for—the divorce I never wanted to happen—was signed, sealed, and approved by the State of Oklahoma. It is an event in my life that I'm not proud of. I'm a results-oriented individual. I was taught—and I truly believed—I could do anything.

Valedictorian of my Oregon State University graduating class of 4,000.

My parents have been married for 54 years. I had been taught that marriage is for life.

If filing those papers that would end our marriage was devastating, receiving them back as final, official proof that our marriage was over only put an exclamation mark on a horrible feeling: I had failed!

How could I be so successful in other areas up until age 37, yet fail at one of the most important things in life?

Suddenly I was a single mom with a five-year-old, a seven-year-old, and a demanding job. I hated the fact that my kids would join the 37 percent of American children who would grow up in a home without their biological father. I was angry that I hadn't seen some of the danger signals that my friends later told me were evident to them. Mostly, I was hurt. The man I fell in love with and enjoyed being with, who made me laugh and was such a good father, the man to whom I had given myself and planned to spend the rest of my life with had shown by his dishonest actions that he clearly no longer wanted to be with me.

It would be easy to focus on blame and paint my former husband as some kind of monster. He wasn't and isn't.

Time since our divorce has both healed wounds and given me perspective. I still don't have a formula for divorce-proofing a marriage, but I've gleaned a few principles that may help improve the 50/50 odds of staying married for life.

Don't be in a hurry. I didn't exactly rush into marriage, but once I thought I found Mr. Right, I pretty much decided this was the guy. As I look back, even though we were engaged for over a year, we didn't spend a lot of time together. I honestly believe if we would have waited to get married until after I finished at Harvard, things might have turned out differently.

Beware of long-distance romance. I know things are different today with cell phones, texting, email, Skype, and other ways to stay in touch, but face-to-face communication is the only real way to get to know someone. While dating, during our engagement, and the first several months of our marriage, I was in New Jersey and Massachusetts, and he was in Oklahoma. I was too naïve to realize I was giving him opportunities that he probably didn't need. Practically speaking, being separated for long periods of time makes you vulnerable to temptations you probably wouldn't face as strongly if you were together.

Pay attention. Long-distance relationships also mean you've got less time to learn about the people in your partner's life and how they spend their time. My fiancé and I were so happy and excited to see each other after being apart that I missed important signs that later seemed obvious. I really didn't know who his real friends were, who he hung out with, and what he did for fun when I wasn't around. And I wasn't around a lot.

Do your due diligence. After our divorce, several of my friends told me they weren't surprised,then went on to share some things I wished I had known before we got married. I know that in the joy and excitement of being engaged, we don't like to ask tough questions of our friends, and they aren't likely to volunteer any information that might seem critical or judgmental. Go to your most trusted friends and see what they really think. Breaking off an engagement is a lot easier than going through a divorce.

Go with your gut. I honestly did not have any misgivings or second thoughts as my wedding day approached. But I know people who have, and my counsel is to listen to the deepest corners of your heart. If what you hear raises doubts, look for the emergency brake.

Be honest with yourself. Why are you getting married? I don't think I really asked myself that question, and here's where our greatest strengths can become a weakness. I was big on execution. Getting things done. In many ways—especially when I was just getting started in my career—life was a series of checklists, and marriage was on the list. If you're engaged or about to become engaged, here are three "why" questions I recommend you spend some time thinking about:

And if all your answers are, "because I love this man," I have one more question for you to wrestle with: why? If you can't answer that one with some specifics, you may just be in love with love.

Making It Through Divorce

You might think that going through a divorce has soured me on marriage. Not in the least. Going through my divorce taught me that my contentment must come from God, not from my spouse—he is just frosting on the cake. While I do not believe a woman needs a husband in order to be fulfilled as a human being, I'm a big fan of marriage. Through God's grace and providence, I am today married to a wonderful man and enjoying it immensely. I love being able to share the joys as well as the struggles of life with my husband as we both share the pleasure of nurturing our two families into one exotic blend.

And yet I know there is a possibility that you have either experienced a divorce or may face one in the future, so here's what I wish someone would have told me as I was going through mine:

You are not a failure. Our—emphasis on our—marriage failed. But that didn't make me a failure. It's important that you not let divorce or even the circumstances surrounding it define you. Remind yourself that you are the same person with the same God, the same extended family and children, the same gifts, the same education, and the same opportunity to succeed as you had before the divorce.

Avoid the blame game. I have seen too many women become bitter over their divorces and take every opportunity to paint their ex-husbands in the worst possible light. You are doing yourself a huge favor by not getting caught up in blame.

Find the good in every bad situation. The more you focus on the negative, the longer it will take you to recover. Despite the way it ended, my marriage provided me with a lot of joy—as well as two wonderful children. My former husband and I seldom fought and we had a lot in common, enjoying many special days and events that still provide good memories. If all I did was focus on the betrayal, I do not think I would be in the good place that I am today. In addition, I needed to be a much more compassionate, sympathetic, and sensitive person. These were some of my big weaknesses, and are still areas I need to improve today. But in going through the divorce, I grew in these areas of weakness.

Seek out support. I don't know what I would have done without the help of a few very close friends who were there to listen, to comfort me, to let me cry on their shoulders.

Lean on your faith. Through this and other difficult times, I have learned that God is closest to us when we feel furthest from him. He uses disappointment and discouragement to help us grow, but only if we turn to him and open our hearts to him. My tendency as a problem solver was to just bear down and figure out a way to move forward, but real growth came when I invited God to walk through this difficult journey with me. He comforted me with the song "You Are My All in All," which ran through my head hourly. To this day, I can hardly sing the song without tearing up. I also found help through reading The Road Less Traveled by M. Scott Peck. It reminded me that those who leaned on their faith during tough times made it through much better than those that didn't.

Take care of yourself. I've always been a huge advocate for exercise—I run every morning. But it is especially important that you exercise, eat well, and get your rest whenever you go through emotional trauma. A lot of women retreat into unhealthy behavior during times of stress—overeating, drinking too much, and/or moping around. Good physical health is a strong ally for good emotional health.