We all feel ugly, stupid, and insecure sometimes—here's how to break free from the lies
Sherry Surratt 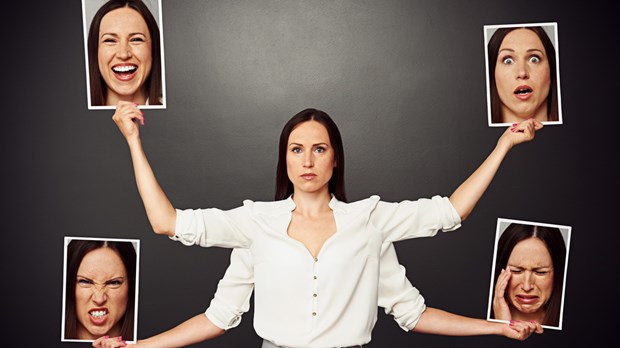 I remember exactly where I was sitting on the bed when I asked my mom the question. As was customary on a Saturday night, I was decked out in my pink pajamas and quilted robe as my mom rolled my hair up in little cylinders of torture, otherwise known as curlers. If you were born anywhere near the 1960s, you know exactly the ones I refer to. They were bristly as steel-wool pads, with evil tentacles that tangled obstinately in my long hair. To add insult to injury, they were held in place with little plastic spikes that left tiny craters in my scalp. After all the curlers were in place, a hairnet was applied in case I encountered hurricane-force winds while lying in bed, or maybe it was to keep my wily fingers from unwinding the hateful things before they had time to work their magic.

The question, and it was a serious one for a seven year old, was, "Mom, do you think I'm pretty?"

Without skipping a beat, my mom replied, "Of course I do. Now hold your head still so we can get this finished." My mom wasn't being insensitive; she was concentrating on the short window of time for curler completion before I wiggled off the bed. She had no way of knowing that what I was really asking was, "Do I measure up to all the other girls? Is there anything special about ME?"

You see, that very day, I had encountered Jeffrey. He lived two doors down, and we had always played together. He never seemed to mind too much when I beat him in four square, but this time as I approached ready for a game, he looked me right in the eye and said, "You're ugly and stupid, and you're not playing with me today." I will never know if Jeffrey's mom had slipped a big scoop of mean into his corn flakes that morning, but I shuffled away feeling stunned, confused, and focused with laser acuity on the word ugly.

As I sat on my mom's bed that evening, I caught a glimpse of myself in the bureau mirror. My heart sunk: Jeffrey was right. I looked stupid in my pink quilted bedtime ensemble, and my head looked like something that belonged in a science-fiction movie. My teeth gapped in the front, and my eyelashes didn't flutter like those of the girl who sat in front of me in school whose name sounded like an island in Hawaii. Was I pretty? I wasn't feeling it, and I had Jeffrey to back me up.

Unfortunately, most women have had a similar childhood experience. It may not have been a run-in with the word ugly, but maybe it was a party you got excluded from, or a remark from a teacher or parent: suddenly your confidence drained away like the last of the Saturday night bath suds.

That same feeling follows us into adulthood as we ask ourselves: Am I smart enough? Do I have enough education for this position? Do I have the experience this job demands? The questions may change as we get older, but they all point to one lurking monster that may feel as if it's getting bigger by the minute: insecurity. Insecurity can hit you unexpectedly. One minute, you're feeling pretty cool and together, and then wham! You're left with sweaty palms asking some pretty big, unsettling questions. Am I enough? Can I measure up? Do I have what it takes? Do I even belong here?

These questions can start to snowball, taking us deeper and deeper into the insecurity monster's lair. With me, it starts with comparisons. My hair looked okay until I saw the way that blond girl had hers fixed. I thought my kids were doing well in school until my best friend told me about her darling superstars. My answer sounded okay coming out of my mouth until my colleague spoke up, making my response sound half-baked. I was proud of the progress of my team until I heard the reports from the other team leaders.

How is it we can know in our heart of hearts that we have to play for an audience of only one, but then feel so crummy in the light of others' accomplishments? Could it be that we start believing what we're feeling? We feel less than what we ought to be when we're lined up against someone else, and so, we figure, it must be true that we are less.

Let's dissect that for a moment under the microscope of reality. Our feelings are big fat liars that will turn on us in a skinny minute. They comprise strong, powerful emotions that are sometimes wonderful and euphoric. But when it comes to supporting the facts, they are as flimsy as the wet lunch napkin you wiped your mouth on. As leaders, we can't afford to be held captive by something fed by a source so fleeting and changeable.

Sometimes our insecurity can be fed by something outside our own head. Just as I was influenced by Jeffrey, who probably had woken up on the wrong side of the bed that day, we can also be steered in dangerous directions by the voices and opinions of others. Have you ever had someone criticize your work? Question your decisions? Point out your lack of experience? Or just flat out not like you? Of course. We all have. It isn't this experience that separates the great leaders from the mediocre; it's how they react to it that is so refining. What do you do when you face disparaging comments, whether well intentioned or mean-spirited? Do you take them out and examine them in the light of truth to see what you can learn, or do you immediately let them wound your spirit? Do you search these comments for wisdom, or let them seep in as discouragement that feeds your insecurity?

I have a friend who is bright and talented, but she often gets led astray with the words and opinions of others. The other day, she was excited about a new idea she had, but when I saw her 24 hours later, she was discouraged and not talking about the idea at all. When I asked why, she said two people on her team thought that the idea would never work. Her excitement and confidence from the day before had turned to uncertainty, which led her down the thought path of insecurity. She was saying things like, "They're probably right; it's a dumb idea. I didn't really know what I was talking about." All of this because someone had disagreed with her! God urges us not to be so easily persuaded by others' opinions but to stand firm in him. I love the way James 1:5-8 encourages us:

If you don't know what you're doing, pray to the Father. He loves to help. You'll get his help, and won't be condescended to when you ask for it. Ask boldly, believingly, without a second thought. People who "worry their prayers" are like wind-whipped waves. Don't think you're going to get anything from the master that way, adrift at sea, keeping all your options open.

Feelings of insecurity can be deadly to your leadership. It can leave you questioning every decision, becoming overly hesitant and overly dependent on others' thoughts or feelings. Left unchecked, insecurity can affect the core of who you are, with some significant consequences that can lead to even more insecurity. While some of us tend to retreat or withdraw when our sense of security is attacked, others take a more irritating approach: overcompensating. This can be dangerous and leave us stranded on the thin limb of false pride and arrogance.

There's a video on YouTube that I chuckle at every time I see it. It's called "Jessica's Daily Affirmation." Obviously taken by her mom, it captures the daily routine of five-year-old Jessica as she runs to the bathroom, hops up to straddle the sink, and, facing the mirror, reminds herself of what's true. From "I like my haircut" to "I can do anything better than anyone else," she energetically chants herself into the start of a great day. My favorite part is when she gives a smart little clap and announces, "I like my whole house!," before she jumps down and runs off.

What if we started every day like this: with a bold look into the mirror, reminding ourselves that we are daughters of the most high King, who valued us so highly he traded the life of his son Jesus for our ransom? He thinks about us nonstop and delights in us. There is nowhere we can go to escape his love. He knows our shortcomings and doesn't care about them. He loves us extravagantly. There is no comparison or outside voice that can stop Zephaniah 3:17 from being true: "The Lord your God is with you. He is mighty enough to save you. He will take great delight in you. The quietness of his love will calm you down. He will sing with joy because of you."

Imagine the power of this: You, leading others from the confidence and grace you've acquired because you remind yourself every day who you are as God's loved and cherished daughter. Before you walk out the door of your home, you declare out loud the things that God has promised as true, and then you live them out through your leadership. Can you see it? It's a picture of a confident you, with the perfect balance of strength and humility, a woman of gentle peace who is not constantly second-guessing herself or fighting for the approval of others. You treat others fairly because you react out of the just love God has shared with you. You make decisions wisely from the abundance of God's presence in your life. You lead in confidence even under attack from others because you know God's love for you never ends. This can be you, and in fact, it is you, with the constant daily soaking in of God's promises and truths found in his Word.