How to be unsatisified in a good way
Ashly Stage 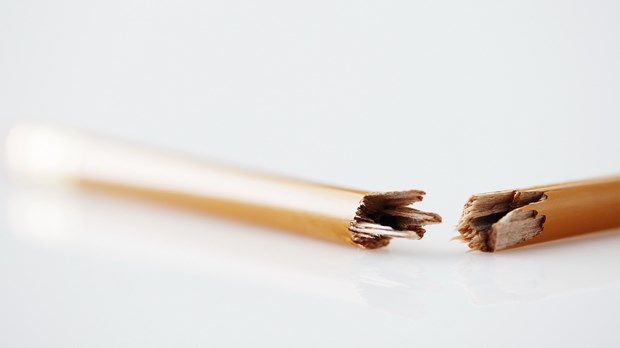 Discontentment has kept me going through life. And “kept me going” is an understatement; truly, discontentment has allowed me to live a life I've always felt was fulfilling and exciting, despite hardships and trials. As a result, I'm often uneasy after conversations I've had over the past two years. I've met with my 20something peers over sips of weak coffee and mouthfuls of tortilla chips from cheap but delicious Mexican restaurants to try and figure out our lives. Some of my friends have found jobs that are satisfying most days, but I have other friends in transition. To mention all of our personal struggles and heartbreak resulting from failed romantic relationships would take pages. That is to say nothing of the struggle to figure out how we want to live our lives outside of classrooms and away from professors, parents, and home churches.

Despite the diversity of all of my friends and their individual circumstances, there is one common thread running between their stories and mine: a sense of discontentment.

Can Discontentment Be a Good Thing?

What confuses and disturbs me most about hearing about my friends’ discontentment is the guilt and shame they carry around because of it. Some are vocal about how badly they feel because they lie in bed at night, utterly discontent with their jobs, their roommates, their relationship, and post-grad life in general. They seem frustrated and lost. So I, ever the fixer, ask what I can do to help them: Are they stressed? Sick? Eagerly anticipating new episodes of Downton Abbey? They smile, shake their heads, and say, “I don’t know.”

I see my discontented friends, and I feel for them. But like I said, discontentment has led me my whole life too—though I believe there is a healthy form of it.

We're all aware of the unhealthy type—the obsessive type of discontentment that leaves people with feelings of loss and loneliness. But we rarely hear about the healthy, life-giving form of discontentment. I believe discontentment is appropriate, even necessary, for us to know ourselves and to live fully. I believe in and have experienced a good and vital discontentment, which is required of us as humans—and especially as Christians.

1. It Must Produce and Rely Upon Self-Awareness

Healthy discontentment requires you to know yourself. I grew up in a struggling household that eventually ended in divorce. I remember lying in bed at night restless with discontentment because I knew what a good marriage and stable family looked like through my friendships with others and the stories I read. At the root of a lot of my discontentment was that I wasn't living in a household that included God. This was also something I saw displayed for me through friends at school and the church my grandparents attended. Even at a young age, the discontentment I felt in my household taught me a lot about myself. I found that I valued family, loyalty, honesty, respect—and that I needed stability, safety, and love. In experiencing discontentment, I grew closer to knowing what I liked and didn't like, and it helped me to get to know myself better as a whole.

2. It Must Inspire Good

What is the point of all of this self-assurance and self-awareness? The biggest and most necessary part of living with healthy discontentment is that it not only inspires you to live a fulfilling and successful life—it's that it inspires you to help others to live in the same way. This form of discontentment has been the cause of extraordinary instances of bravery and has laid the foundations of revolutions that have changed our world forever: Nelson Mandela refused to live in a world of legalized racism and prejudice; Marie Curie would not allow refusal of admittance into male-only universities stop her from changing the scientific world forever; King David was not willing to accept that his size and low class meant he couldn't save his nation; and God himself refused to let the corrupt discontentment of men separate him from his creation, so he sent his Son, the Messiah. Poet Ella Wheeler Wilcox describes it beautifully when she says:

The deeper this dangerous form of discontentment, the further we get from who we are created to be.

The splendid discontent of God

With Chaos, made the world.

And from the discontent of man

If discontentment is founded in a desire and plea for health and wholeness for brother, friend, country, and creation, it becomes a life-giving and imperative thing. When, however, discontentment springs from the need to see someone fail, or to be the best, or have the best—that is when it becomes fatal. Simply put, discontentment must produce good, never ill.

To say that I always live with “good” discontentment would be a lie. I have lived with both, and my post-collegiate years seem to bring out the worst kind. It was the clear vision for my life I gained as a discontent young girl that gave me hope and a clear vision for my life—one that helped me to move on from the pain. As much as my friends and family tried to help me through these difficulties with their words of comfort, eagerness to give up weekend plans to stay with me, and even their tough-love moments filled with harsh truths, in the end what persuaded me to move on from the pain and poor choices was to work through my discontentment.

Ashly Stage is a freelance writer and accreditation specialist out of Indianapolis, Indiana.