The award-winning artist and mother of three opens up about her latest album release, ‘Hurricane,’ and her role in the fight against human trafficking
Interview by Cornelia Becker Seigneur

I caught up with singer/songwriter/activist Natalie Grant while she was in New York last month, the day after her eighth studio album, Hurricane, was released. The Nashville mother of three was trying to hail a cab the day of a Hurricane Sandy benefit for which she was performing. When I asked her where she was heading at the time of our conversation, she said she was off to purchase hairspray. Though assistants offered to run her errand, she insisted on going herself, because she wanted "just five minutes to myself."

This year Natalie has been busy: she's sung twice for President Barack Obama at the White House, released a new CD, performed at venues including the Grand Ole Opry, and took a supporting role in the 2014 anti-human trafficking film "Persecuted."

It's no wonder the 41-year-old needed a moment to herself.

But this is no odd departure from her history before this year: she's been named Gospel Music Association's Female Artist of the Year five times (most recently in 2012), and keeps busy as mother of six-year-old twins and a two-and-a-half-year-old. She is also carrying out work with Abolition International (AI), an international non-profit organization she founded in 2005. AI provides quality restorative aftercare to trafficking victims, both domestically and internationally. In fact, it was because of her human trafficking activism she was able to meet the President.

Why are you so passionate about stopping human trafficking?

I was watching the television show Law and Order in 2004, and I had never even heard of this issue. It's become a trendy issue now, but nobody was talking about it then. They did this episode on human trafficking. They were depicting kids being pulled out of the back of a van in New York City, and I remembered that Law and Order shows were always ripped from the headlines, and I was like, Are you kidding me? What headline was this ripped from, they are not selling children in New York City. When I began researching what human trafficking was, I learned for the first time that this kind of slavery still exists. Three months later, my husband and I boarded a plane for India and saw children for sale in the streets. I saw a little girl in a cage; I saw things that just absolutely wrecked me for life, because I realized somehow the most innocent among us were being completely forgotten and some of these girls are being raped 20 and 30 times a day while I'm sitting in my comfortable suburban home. It's beyond what anyone could fathom.

What sets your organization apart from other non-profits fighting child sex trafficking?

Some of these girls end up back in human trafficking within 24 hours of being rescued. That's why we are an organization that provides quality aftercare for victims of trafficking. Here I was in India, seeing a restoration home in a Third World nation that was offering better care for the rescued victims than I could find anywhere in the United States. So my organization exists to change that. A lot of people can believe that this is happening in India or Thailand, but nobody wants to believe that it's happening in their town, in their neighborhood. In my hometown near Nashville, Tennessee, when I came back from India, I saw on a news report they had just rescued 15 girls under the age of 18 from human trafficking a mile from my front door.

You are so passionate about this issue.

Yes, this is the issue that keeps me making music, because it affords me a platform to tell people the truth about what is happening around the world. As a Christian you have to care about these issues, and as a mom, I have a greater passion than ever before because some of these kids are my daughters' age. It's just so hard to fathom that such young children could be exploited and ravaged in this way. We must see it stopped. 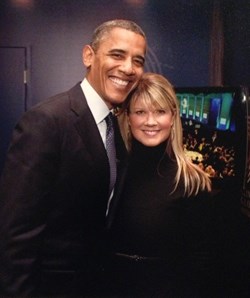 And your work has brought you all the way to the President! What was it like meeting President Obama?

It has been incredible. Because of my work with Abolition International, I was invited to listen to a speech he gave at the United Nations General Assembly on the fight against human trafficking, and then a few groups were invited to have a private audience with the President. At that time, he said, "I'm so grateful for what you do in the fight against human trafficking, but the bigger question is, How come you've never sung for me?" And I said, "Well, frankly, because you've never asked." And then he said, "Well, let's fix that." So he asked me to sing at the Easter Prayer Breakfast. And at that time Bernice King, the daughter of the late Martin Luther King, Jr., was in the room for the prayer breakfast, and she was putting together the ceremony for the 50th Anniversary of the March on Washington, and she invited me to come sing at that with the President again.

Tell me about your new album, Hurricane. What's in the title?

I felt like a hurricane was going on in my life the last couple of years through my struggle with postpartum depression, my father's diagnosis of cancer, and my nephew's struggle with a heroin addiction, so I wrote this song based on the Bible story found in Matthew 14. This music speaks to the peace that can be found in the middle of the storm—that, instead of the rage found in the storm, there can be hope and light. The album chronicles my journey. I start the record talking about crying out on the floor, feeling like I'm in this dark place. I was really crying out to God to bring me closer to his heart, knowing that is the only place for me as a Christian where I'm going to find peace and restoration and wholeness and clarity. The very last song then states that no matter what your story, no matter your situation, no matter what your hardship, when you belong to Jesus, no matter how many times you feel like you've lost, the truth is, you win in the end. Hopefully, prayerfully, the songs can be like an anchor for someone who feels they are in a middle of a storm.

I know, people keep trying to call me that. Yes, I've had the privilege of having my songs played in many different formats, but I am a Christian artist; that is all I've ever wanted to be. I've always been very clear about the songs I write, about the place that they've come from, that everything about my life and my music is shaped by my faith in Jesus. I almost hate that term because it connotes that you have left the one to go to other.

You have such a full life—mom, musician, activist. Is there a way to find that proverbial balance?

The one thing I can say is that when I am in the discipline of taking 15 minutes every morning to open up my Bible App on my cell phone to read a passage of Scripture and pray before my feet hit the floor to run up to the nursery to get my youngest out of her crib and get the lunches made for school, it gives me strength to face the rest of my day. It doesn't mean that the chaos is all of a sudden perfectly ordered, but I am better able to keep in check the rest of my day.

Tell me about your purpose and calling. What can you say to other women searching for the same?

Cornelia Becker Seigneur is a mother of five, a freelance journalist, a substitute teacher, and the founding director of the Faith & Culture Writers Conference. You can find Cornelia at her website: www.corneliaseigneur.com. 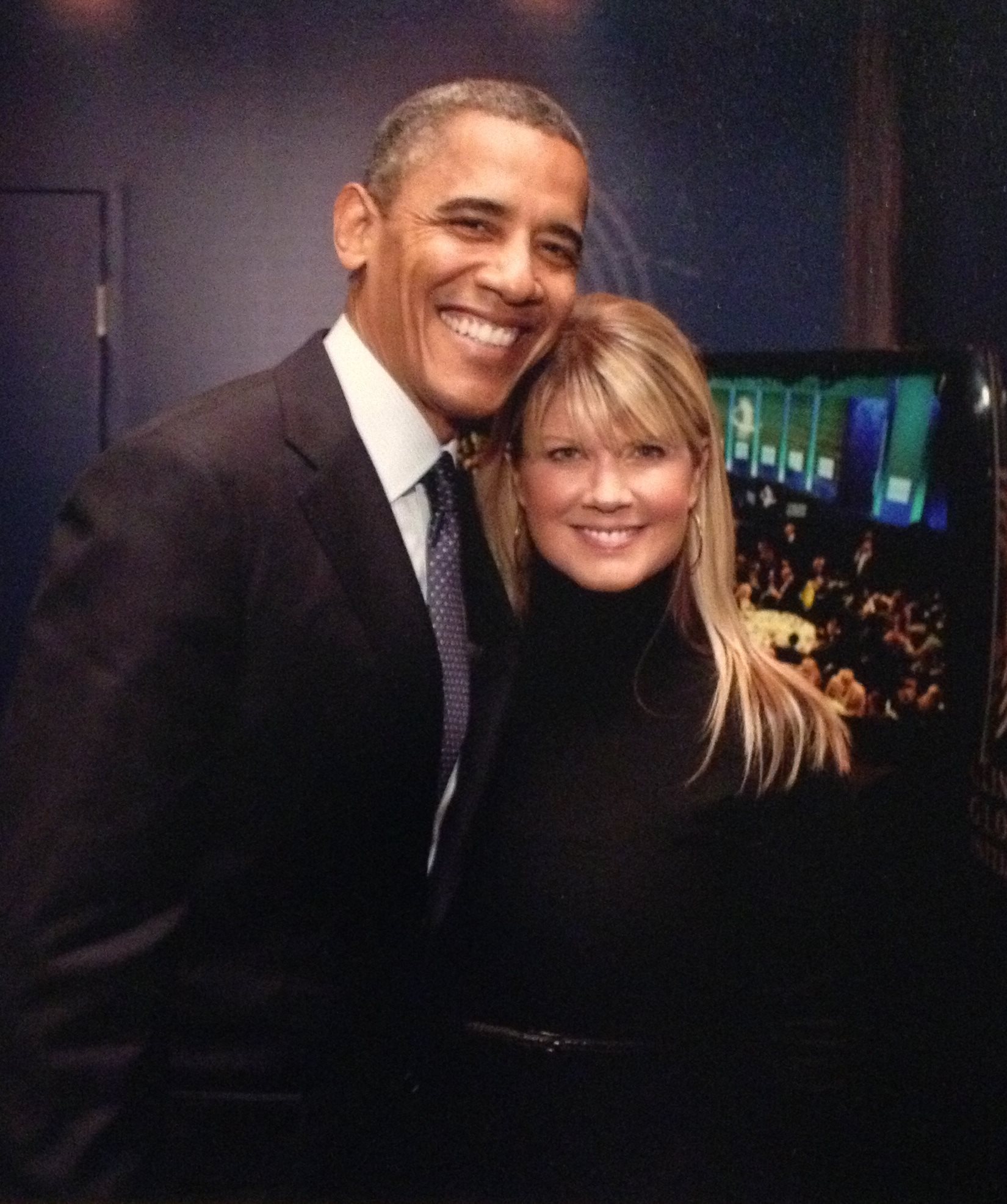