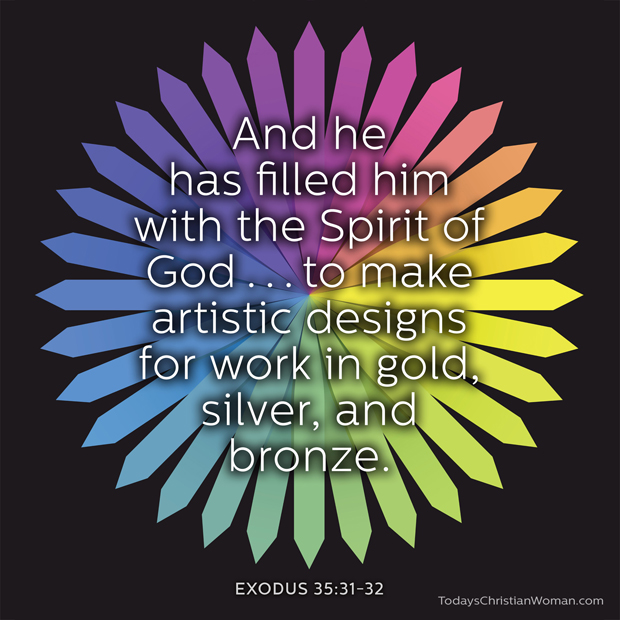 Christi Ziebarth always knew art would be part of her life. From playing with her mother's leftover pallets to pursuing an art degree in college, it was abundantly clear that Christi had the gift. But there was never an "a ha" moment or a point of realizing she needed to spend her days in front of an easel. Christi just knew: "I am an artist."

For her, it was more than self-fulfillment; it was an act of obedience. As she puts it, "Recognizing who we were created to be and living in [it]—that is obedience."

Soon after Christi began to pursue her art in whatever way God chose, a close friend returned from Ghana, West Africa, with gut-wrenching tales of child slavery, abuse, and neglect. Children as young as four were being sold to fishermen on Lake Volta and made to dive into muddy, crocodile-infested water. Most suffered malnutrition, endured daily beatings, and sometimes dove down to untangle nets never to return.

Six thousand miles away, Christi felt helpless—that kind of helplessness that sinks like a rock in the pit of your stomach. She remembers thinking, "If I can't do anything, what's the point?" And that's when God answered her with the same simple question that he had asked before, "Who are you?"

This time Christi knew how to respond. She was both a mother and an artist—a woman with the capacity to feel the brokenness of mothers who had lost their children to slavery; a woman with the compassion to be used by God to help rescue these little ones, and a woman who had the gifts to celebrate their story through the visual voice of art.

Soon God led Christi to form a partnership with two other artists to produce a traveling exhibit entitled "One Big Good: A Celebration of Freedom." Using her newly found technique that naturally lent itself to the rhythms and beauty of Africa, Christi began depicting scenes of mothers and children, village life, and the ominous boats that dotted the shores of Lake Volta. The other artists contributed textile art and contÉ portraits of the children who had been rescued. They took their message into local schools, libraries, and churches. Eventually they were displaying in galleries, exhibit halls, civic venues, and conferences—all in an effort to let their creativity tell the story of these little ones who so desperately needed help. They called their work simply "abolitionART."

Over the last six years, God has lead Christi on a journey—both to find her own artistic voice and to be a voice for the voiceless. And it has happened in large part because she had the faith to answer and obey when God asked, "Who are you?" If Christi has learned anything, it's that God entrusts his children with talents and intimately guides them as they surrender to his will. As she puts it, "If you are doing what God created you to do, you are reflecting him, you are glorifying him."

Read the full story of abolitionART in TCW article "An Artistic Celebration of Freedom" by Hannah R. Anderson.