Our marriage is stronger because we confessed and released our unfair expectations.
Dorothy Littell Greco 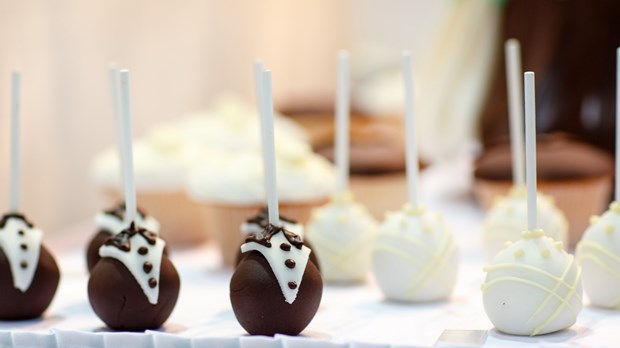 I was lying on the cold basement floor at eight months pregnant, repairing the heater, when I had an epiphany—ours was not a typical marriage.

On such occasions, my husband feels no compulsion to rescue me or take over. He actually finds my willingness to embark on such repairs charming. He's also relieved because he hates fixing things. His repair strategy is "If I can't do it with duct tape or hot glue, I'll learn to overlook it."

My father was a blue collar man; he fixed things for a living. I could tell the difference between an Allen and socket wrench by the time I was 6. My husband's father was an Air Force administrator. When things needed to be repaired in his house, there were lots of swearing and flying objects. After my husband helped his dad put up wood panels in their basement, his father asked him what he learned. My husband-to-be replied, "I learned that when I grow up, I'm going to hire people to do this kind of work." Fortunately, my father charges a low hourly rate for family members.

Christopher and I defy gender stereotypes. I played all manner of competitive sports from age 6 through college and then worked as a sports photographer for the next 12 years. He still struggles to understand offsides and routinely embarrasses himself when playing pick-up basketball. He uses 10 times more words than I do and is more relationally facile than me.

If you imagine that we've always appreciated and respected these profound and quirky differences, you would be wrong. Until recently, we toggled between feeling shame and disappointment.

Over the years, we've met other couples who mirror our seemingly abnormal complementarity. The difference is that many of them seem to feel at peace about the husband's rose gardening and the wife's plumbing skills. Shame makes all the difference in terms of spoiling one's enjoyment. This begs the question, where did we get all this shame?

Our families, our cultures, and our churches expect certain behaviors and characteristics from individual men and women. Some of these expectations help us develop into healthy, well-rounded human beings. My family traveled extensively and our parents expected us to both respect and appreciate other cultures. In Christopher's home, music lessons were non-negotiable. Though he chafed under his piano teacher's ruler-on-the-knuckles tutelage, it served him well; he has worked as a worship pastor for the past 20 years.

Similarly, not all gender expectations are misguided. God blessed us with three robust sons. Around the corner lives an elderly widow. Our sons know that we expect them to head over there with shovels whenever it snows. (Perhaps I would have similarly trained daughters if I had them!) Likewise, whenever we ride the subway, if a very pregnant woman steps in our car and finds no seat, one of my sons will offer his seat to her. I don't see such behavior as sexist—I believe my boys are learning to make sacrifices in order that others might be honored and cared for.

It's not necessarily expectations in and of themselves that are problematic. What often causes both distress and confusion is the disapproval that children (and adults) receive when their personalities or strengths don't fit inside rigid constructs.

In grade school, rather than play domination games on the playground, Christopher quoted Monty Python. In high school, he chose drama club over soccer. And yes, he was called derogatory names. To complicate matters, he found few allies within his large Italian family. Years ago, we took our sons to the Blessing of St. Anthony in Boston's North End. Nearly all the men wore their shirts unbuttoned, displaying their hairy, medallion-decorated chests; cigars dangled from their lips; and they all had swag. At the end of the night, my husband, who neither smokes nor enjoys displaying his chest in public, leaned into me and said, "Is it any wonder that I felt like such an alien growing up?"

I was spared the shame of failing larger cultural expectations but clearly deviated from normal "girl activities." I preferred fishing or creating elaborate roadways for my Matchbox cars to writing in dairies and dressing Barbies. During my teen years, it took only one year on the drill team to confirm what I already knew to be true: I was much happier playing sports than cheering on the boys. And yes, I was called names as well.

The wounds created by 20-some years of disapproval still oozed when we walked down the aisle. At a core level, we wondered whether we could actually be good gifts to one another.

To further complicate matters, despite the reality that we had been hurt by others' misguided expectations of us, as we progressed along the road to adulthood, we formed a few expectations of our own. I felt disappointed that he did not initiate changing the oil and rotating the tires, and this caused him to feel more shame. He felt frustrated that I did not drop what I was doing and warmly welcome him when he came in the door. I resented that he failed to initiate regular Bible studies because Christian husbands do that sort of thing, don't they?

We had so internalized others' expectations for what it means to be a man and a woman that we were working against, rather than for one another.

Around year 10, we hit a wall, largely attributable to these unresolved issues. Through a series of counseling sessions and conversations with other couples, we began to understand the deleterious consequences of our thinking. We had been trying—and failing—to conform to idealized norms and departed from our true selves in the process.

Step 1 involved confessing our judgments of each other and asking for forgiveness. We call step 2 "holy resignation." Regarding those areas where we actually do fall short, rather than give up on one another, we choose to graciously accept the other's limitations even as we continue to pray and hope for growth in those same areas. This does not mean that I will be singing on the platform beside him any time in the near future or that he will suddenly take interest in watching the Bruins, but that we stop expecting each other to be someone other than who we are at this moment in time.

Step 3 is the tough one. Both of us had buried certain God-given attributes which we deemed too much trouble. To move towards wholeness, we had to begin the process of parsing out the false self from the true and then reintegrate our authentic gifts. This has been simultaneously liberating and terrifying. Liberating because as the shame diminishes, we feel more freedom. Terrifying because removing the mask of the false self leaves us naked and vulnerable.

This place of vulnerability, though destabilizing, propels us toward God. David Benner writes in The Gift of Being Yourself, "Beneath the roles and masks lies a possibility of a self that is as unique as a snowflake. It is an originality that has existed since God first loved us into existence. Our true self-in-Christ is the only self that will support authenticity. It and it alone provides an identity that is eternal."

Last month, our dishwasher died. As soon as I got the quote for the installation, I knew I would do it myself. Lying on the cold kitchen floor, thankfully not eight months pregnant, I had to laugh as my husband played the piano in the next room. I am happy to report I felt no resentment that he did not offer to help. And he thanked me profusely while loading up the dishes from our dinner.

Dorothy Littell Greco spends her days writing, making photographs, pastoring, and trying to keep her three teenage sons adequately fed. She and her family live surrounded by apple orchards, just outside of Boston, MA. You can find more of her words and images at www.dorothygreco.com and on her Facebook page.