The story of a redeemed adulteress
Rebecca Halton 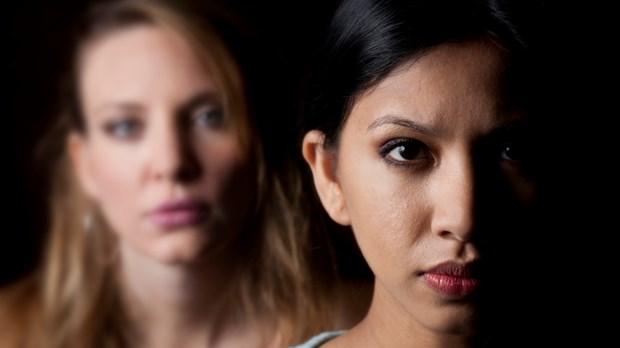 When I woke up that morning almost eight years ago, that thought never crossed my mind. Yet, by the end of that particular summer day, I'd met him, and I was instantly attracted to him.

And then I met his wife—that same hour.

Meeting her didn't stop me from feeling the attraction, but I didn't think I needed to be concerned. I was a good, strong Christian woman—I already knew that adultery is a sin, and I believed I could be stronger than the attraction.

I wondered what kind of mature Christian I would be if I couldn't handle being around a married man. So I didn't flee or guard myself. I kept willfully and naively choosing to participate in the same weekly events that I'd promised them. Yes, them: his wife too.

My false sense of invincibility

The truth is I was prideful: I thought I was above committing adultery.

The truth is I was prideful: I thought I was above committing adultery. I now understand how my pride gave me a false sense of invincibility. I felt shielded by my holier-than-thou mentality, but in fact I was deeply vulnerable to the sin I thought I was too good to commit.

"God opposes the proud but gives grace to the humble," James 4:6 says. I was positioning myself to be opposed by the Creator of the universe. It wasn't my wisest moment.

Proverbs 16:18 heeds, "Pride goes before destruction, and haughtiness before a fall." What I thought was strength or maturity in the face of attraction was, in fact, pride. What I thought was just a harmless attraction was actually bait on the line of temptation. Gradually, I was reeled further into the entanglement of sin. It was shockingly subtle and surprisingly innocent—a flirtatious comment here, or a lingering look there.

And it would be harder than I could have expected to get off the hook.

Indulging in my sin

I knew in my head that adultery was wrong, but I felt drawn to this man. And when we so strongly feel something that we identify as a good feeling (such as lust that we interpret as love), it's easy to question if it could possibly be too good to be wrong.

I let my feelings guide my decisions and that was part of the problem. I felt affirmed. I felt noticed. I felt desired. And prior to meeting him, I was oblivious to how starved I was for those satisfactions.

I was so caught up in other things—and complacent about the important things—that I wasn't aware of how depleted my heart was. On a daily and weekly basis, I was shirking my relationship with God. Once this man provided what I didn't even know I was missing, that attention was hard to reject.

I found it easy to justify my sinful relationship because although this man didn't have any particular grievances with his wife, he described their marriage as either being so platonic that she didn't care, or so enlightened that she didn't mind—but didn't want to know the details.

My need for repentance

I believe in accepting personal responsibility when you sin. For me, that's accepting responsibility for my affair. Accepting my part was powerful. I was empowered to finally walk away from the relationship by realizing that I wasn't the victim. We were both responsible for our sin.

I finally reached that point of repentance: I had dabbled with the idea of leaving before. I was constantly torn between wanting to stay and wanting to end it. At that time in my life, it was easy to conceal the relationship for all those months. I lived alone and we never got caught, despite numerous public outings we considered to be dates.

But adultery can't keep its mask on forever.

Nor does it try to stay pleasantly attractive to you because the purpose of that particular sin is like many other sins: to bait you with your desire and to reel you into destruction. The Enemy wants to destroy you, and one of the first things he will appeal to is your greatest desire.

It's a tactic as old as Adam and Eve; that's how unoriginal the Enemy is. But that's also part of the good news because it means the enemy is just as conquerable as he's always been. That tactic of hijacking your greatest desire to do his worst work is detectable and beatable.

But you can't do it alone.

The help I needed

I cried regularly (and cried out to God), but shame shackled me to the lie that I couldn't turn back.

There were a few things that were essential to overcoming my desire to be with this man. The first is prayer: I know I had friends interceding for me at a time when I felt so spiritually depleted. I cried regularly (and cried out to God), but shame shackled me to the lie that I couldn't turn back. I felt like I had screwed up too much.

The Holy Spirit was at work too. God was spiritually fighting for me, which is also why I felt like a rope being tugged between godly conviction and ungodly condemnation. God was fighting for me!

And eventually scales fell from my eyes, and I could see:

I did deserve better: adultery is never the relationship you're actually worthy of.

It really wasn't love: it's impossible for adultery to house true, godly love because it's a sin.

I wasn't unredeemable: when the wedge of sin is between God and us, he is eager to redeem us back into greater intimacy.

God hadn't abandoned me: sometimes when we turn our back on God's desires for our lives, it's easy to wonder where he's gone—when really we were the ones who walked away.

I was invigorated by the fresh perspective rooted in these truths. In addition to returning to church on Sundays (hearing the Word and entering into worship and fellowship), I discovered a renewed strength. Not only that, but God planted a new desire in my heart.

I really, truly, wanted God's best, and I was finally honestly willing to admit adultery wasn't it. In the subsequent months, I broke it off with this man, cut off all lines of communication, and endured a time of emotional withdrawal.

Since ending the relationship almost seven years ago, I've been able to see in hindsight how gracious God was to me. According to the Bible, I know there was only further destruction awaiting me if I'd chosen to stay on that path.

By his grace, God spared me from certain consequences, such as disease, pregnancy, or even what we sometimes hear about affairs gone fatally wrong. He restored the relationships that were severed by my choices. He spared my job, despite the way the affair affected my time management and ability to focus on work.

But above all, God was gracious enough to redeem me into a place of freedom, purpose, and life.

Rebecca Halton is the author of Words from the Other Woman: The True Account of a Redeemed Adulteress (WestBow Press). She shares her testimony out of a deep gratitude to God for redemption in Christ—and a great desire to help others avoid the mistakes she's made. Rebecca currently writes primarily from Nashville, where she also works as a professional freelance writer. In her spare time, she loves hiking, hanging out in coffee shops or juice bars, and connecting with readers on Facebook and Twitter.