Defining and sharing stories that draw others to Jesus
Nish Weiseth 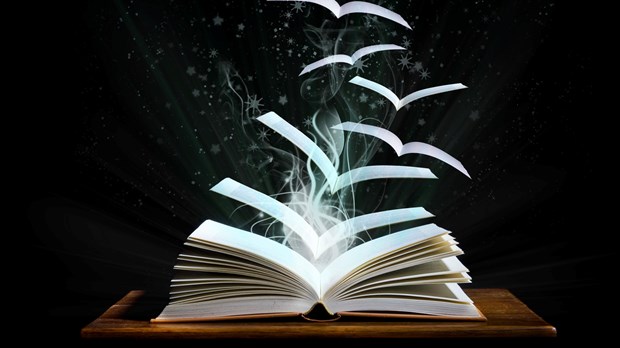 It seems like the word story is everywhere lately. There are conferences, books, articles, and websites devoted to the art and act of storytelling, and it’s nowhere more pronounced than in Christian evangelical culture. You can learn how to tell your story, how to live a better story, how to preach God’s story, and how to share the stories of others. Even the pastor of my church constantly refers to “your story” and “God’s story” in his sermons. It’s truly everywhere.

But what does this mean? When we talk about “our story,” or “God’s story,” what are we referring to? I think the lines can get blurred, and it can be easy to misunderstand given how often and widely these terms are used.

In my book, Speak: How Your Story Can Change the World, I define story as the vulnerable sharing of your life experiences with others. It’s everything that you’ve been through in your life, but more importantly, in a Christian context, I think it also refers to the ways in which God has worked in and through those experiences.

I was raised in the South by non-believing parents (non-believing is a nice way to put it; they are somewhat hostile toward organized religion). Living where we did, one of the first questions you were asked when you moved to town was, “Oh, what church do you go to?” It was always awkward to answer. All of my friends went to church and youth group, they carried their Bibles in their backpacks, wore the Jesus fish around their necks and WWJD bracelets on their wrists. I was the outsider in a lot of ways throughout school, but it was the worst on issues of faith. This narrative of being an outsider, of being left out, was and still is my story. It’s a thread that weaves its way throughout the course of my life.

And, as a member of the Millennial generation, I believe it’s a common thread in many of our stories. A huge number of us grew up feeling like we didn’t belong, that we weren’t worthy to be included, and this thread continues to weave through individuals today.

There’s likely something in your story that has made you feel like an outsider at some point.

Some of us are too conservative for our more liberal friends. Or maybe we’re too liberal for our conservative friends. Our theological views fall outside of the church community we grew up in. We lost our virginity at a young age. We’re gay or transgendered. We’re divorced. We married young. We’re still single.

There’s likely something in your story that has made you feel like an outsider at some point.

But something special happens when I decide to share where I’ve been and how God has worked in my life. When I share my own story of being an outsider, a fish out of water, it never takes long for someone else to say, “Oh, me too! I’ve felt like that as well.” And that is the moment when everything changes for the better.

When we share our stories with each other, we inject a human connection into the conversation. All of a sudden, the issues we always like to debate lose their plastic nature, devoid of humanness. When we share our stories, we’re building relationships on what we have in common, which is easier than trying to build on what’s different between us. Commonalities are found when we’re open and honest about our lives.

But this isn’t the way of the kingdom of God, and this isn’t the way of Jesus. You see, Jesus was a storyteller. He told parables and stories to do two things—to get to the heart of the matter and to get to the heart that needed tending. The God we worship is a God of building relationships and building bridges with people. He is a God of reconciliation.

God has written an incredible story, and our lives are individual storylines in his masterpiece.

It’s difficult to do the hard work of reconciliation without being open, honest, and vulnerable with one another. And so, this is the work that we are called into as followers of Jesus: to build relationships and to be open and honest about our lives (yes, even the messy parts!) so that someone else can speak the words, “Me too!” We share so that we might build bridges with those who seem different from ourselves, because our stories are usually more alike than we think they are. We share so that we might make disciples with an abundance of grace, because our stories point to the ways in which we fail, but they also point to the ways that Jesus rescues. We share so that we might advocate for those who need help the most, because when we listen to someone’s story who has a great need, we’re able to help in a more holistic, sustainable way when we share that story with others. We share so that we might look at the mighty work of redemption that God has done in our lives and say, “Yes, the kingdom of God is at hand because look, he’s making all things new, even me.”

God has written an incredible story, and our lives are individual storylines in his masterpiece. As followers of Jesus, it’s our job to know our stories, to understand them, to tell them, and listen to the stories of others. If stories can really build bridges, advocate, disciple, and proclaim the kingdom (and I believe they can!), then storytelling just might change the world.

Nish Weiseth is an author, blogger, and the founder and editor-in-chief of A Deeper Story, a collaborative site where more than 60 writers share their stories in order to address important issues within Christianity and the culture at large. Connect with her at NishWeiseth.com or on Twitter at @NishWeiseth.