I let my fear and insecurity spiral out of control, but there was hope.
Dr. Ron Welch 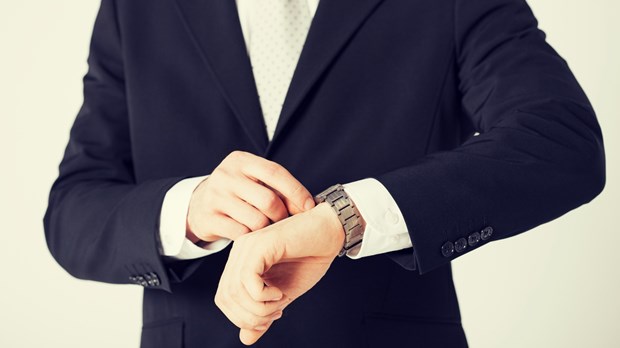 I didn’t wake up one morning and say, “I think I’ll be a controlling husband.” It was a slow process that began innocently enough. I learned patterns from my parents that were problematic, but many of my most positive personality characteristics also come from them.

My dad was a God-fearing, honest, hardworking man who taught me solid moral ethics and set high expectations. He loved my mother deeply and remained faithful to her throughout their marriage, taking care of her and providing for her until the day he died. He did have some difficulty with anger and stress that would be formative in my life.

My mom was a beautiful soul who loved my father with all her heart. She was a model of Christian servanthood, a truly gifted listener, and a selfless person. She wasn’t perfect, and her tendency to worry excessively rubbed off on me as I grew up. I never doubted that my mom and dad loved me, and they were always there for me. Our family doesn’t have any deep, dark secret that explains my behavior.

Isn’t it amazing how much unknown baggage we bring with us into our marriages? Hindsight is 20/20, and in retrospect, I believe that the baggage I brought with me into my marriage caused significant problems. Our baggage is incredibly hard to get rid of; no matter how many times we think we have it secured in the overhead bin, it keeps falling out. We realize that we are replaying tapes from the past, but they are programmed into us so deeply that it takes a lot more than mind over matter to change our thinking and actions.

Our baggage is incredibly hard to get rid of; no matter how many times we think we have it secured in the overhead bin, it keeps falling out.

I hear comments like these from my clients all the time: “I didn’t sign up for this.” “If I had known he would get this jealous, I never would have married him.” Yet in almost every case, there is more than enough baggage to go around on both sides, despite what the partner who is protesting the loudest says. Clients may say they understand that “he got it from his father” or “the apple didn’t fall far from the tree.” However, understanding is not enough to alleviate the resentment they feel.

I learned to be anxious from my mom. While benefiting from all her wonderful qualities, still I grew up knowing that she was constantly worrying and fretting. From her perspective, the glass was not only half empty, it was draining rapidly.

As I describe the specific coping skills that I learned from my parents, think about your own childhood and adolescence. What baggage did you bring along from your youth that affects your marriage today? Ask yourself if you are spending more time criticizing your partner for his baggage than you are dealing with your own.

The creation of a controller

Anxiety: Bad things can be prevented

I believe that anxiety and depression are like a staircase—you work really hard climbing up the stairs trying to prevent something bad from happening (anxiety) and then you slide down the stairs really fast toward the bottom when you realize you can’t prevent all bad things from happening (depression).

Most controlling men spend a lot of time driven by the fear that something bad will happen to them if they don’t take steps to prevent it. For some, it is because they felt out of control as a child and never want to feel that way again. Others lost something or someone dear to them and want to do everything possible to prevent that from happening again.

Most controlling men spend a lot of time driven by the fear that something bad will happen to them if they don’t take steps to prevent it.

At some point, bad things happen anyway. We either don’t or can’t do enough to prevent such things. Car accidents happen no matter how safely you drive. People die no matter how much you love them or try to protect them. The belief that we can prevent all bad things from happening is purely a fantasy, but if a man delays or interferes with enough negative events, he can begin to believe he can influence things that are really in God’s realm.

I came into my marriage with much larger anger-control problems than I realized, and I think this was due to a combination of genetics and learned behavior. I learned so many good things from my father; however, he also taught me how to get angry.

My dad didn’t always seem to have a clear reason for being angry. Sometimes, I think I was just around at the wrong time and was the most convenient target. Sometimes he would yell—sometimes he would spank. I can still remember the pink yardstick (yep, it was pink) that hung in the broom closet in the dining room.

I remember getting pretty angry myself but I don’t recall this causing me difficulty until I started dating. When romantic adolescent feelings were combined with anger and jealousy, then control became a problem. It became so much easier to get angry than to deal with my emotions.

For me, anger is a default option. When something upsets me and I feel insecure or uncomfortable, the easiest way to respond is to get angry. Sometimes it was something small, like a young child making noise in the pew behind me in church or a meal that wasn’t prepared exactly right at a restaurant. I became a perfectionist who wasn’t satisfied with anything.

Now I realize if things really do go wrong, my angry response is a matter of choice. I can blame someone else for the problem (anger) or blame myself for the problem (personal responsibility).

When something upsets me and I feel insecure or uncomfortable, the easiest way to respond is to get angry.

The last part of the puzzle for me was a strong feeling of insecurity in relationships with women. I didn’t feel insecure in other areas, as I was successful in school, in music, in athletics, and in leadership in my church and service organization. For me, the insecurity was focused on what girls, and later woman, thought of me. I was overweight when I was younger, until I lost a tremendous amount of weight in my first year of college. My self-esteem with the opposite sex was not strong, and when I did find the courage to ask a girl out, I was often turned down.

When I did have relationships with girls in high school, they betrayed me in various ways several times. This meant that I had trouble trusting new relationships and became quite gun-shy. My anger and anxiety combined with my insecurity and created my first steps into controlling behavior in a relationship.

In college I began a series of relationships in which, for the first time, I began trying to prevent betrayal from happening. I became jealous, controlling, hypervigilant, and overbearing. The relationships didn’t last long. Once the woman realized how I was treating them, they quickly disengaged. Some of them tried to confront me, while others just left, but I did not learn from these experiences. By the time I met Jan, I had become convinced that I needed to maintain as much control as possible in a relationship to prevent things from going wrong. I wanted to be loved but I couldn’t trust that a relationship could last.

My experiences with relationships really represent the anxiety-depression staircase. I had been burned before, so the pain of betrayal, rejection, and eventual abandonment was the thing I feared the most. I did everything in my power to try to prevent these events, but my behavior only increased their likelihood. Like the proverbial bird in a gilded cage, the love I was hoping would grow was crushed by the weight of my jealousy and control.

Why this should give you hope

My controlling behavior may not sound exactly like that of your husband, but probably there are elements that match. I believe these three factors of anxiety, anger, and insecurity are not unique to me. I think they are the keys to understanding why men control their wives. Most of the bravado and dominance in the controlling husband’s behavior is due to the underlying insecurity and fear for which he is compensating.

The fear was strong enough that even though I saw the destruction my controlling behavior as causing in my wife and my children, I convinced myself the alterative was even worse. I was, and still can be, so scared of being out of control that I maintained the fantasy that I could somehow prevent bad things from happening if I just controlled those around me tightly enough.

This can give you hope, whether you are married to a controlling husband or you are one yourself. When a husband understands the reasons he acts the way he does, the chances of his changing and becoming the husband he is capable of being are greatly increased.

This article was adapted from The Controlling Husband. © 2014 by Ronald D. Welch. Used by permission of Revell, a division of Baker Publishing Group.

Dr. Ron Welch serves on the faculty of Denver Seminary. Welch has more than 20 years of experience in clinical psychology and has extensive experience counseling struggling couples and men with narcissistic and antisocial personality styles. He and his wife, Jan, have walked the road of a controlling marriage personally and live in Colorado.