How to learn from it when others hurt you
Sherry Surratt 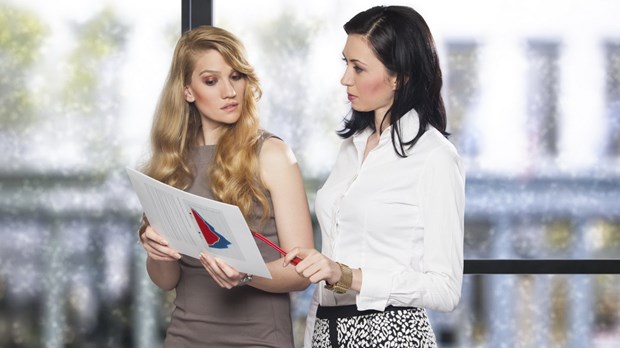 Being a leader means that sometimes people are going to gossip about you and criticize your decisions. I wish I could just breezily say it doesn’t bother me, but I’d be lying. It does. I’ve spent nights lying in bed wondering, Why did she say that about me? Why did my decision make him so angry? Why didn’t they come straight to me with their criticisms instead of talking to everyone else?

Have you ever had a night like that? They make you toss and turn and question your decisions. These are the moments that breed insecurity and resentment.

We know that both men and women can be leaders, and I really don’t think men and women are all that different in how they develop as leaders. They both need to learn the art of confident decision-making, vision-casting, and strong communication. But here’s where I have noticed a significant difference between men and women leaders: how they process criticism and gossip.

Criticism often points to something deeper, and usually indicates something that God wants me to pay attention to.

One day while on staff at a large church, I was sitting in a meeting where we were talking about an upcoming event. One of the men on the team shared an idea he had. Another man spoke up and literally said these words: “That’s the stupidest idea I’ve ever heard.” He then went on to share numerous reasons why he thought the idea was bad. It wasn’t my idea and it had nothing to do with me, but I was dying inside. The criticism made me incredibly uncomfortable, and I was miserable for the guy who had shared the idea. But when I looked over at him, he didn’t seem bothered at all. In fact, after the meeting, the two guys went to lunch together!

I couldn’t believe it! Why wasn’t he angry? Why weren’t his feelings hurt? Why didn’t he come after the guy for attacking him in front of other people? I talked to him about this later, and what he told me was great insight into what I’ve seen in other great men leaders: He didn’t take it personally. He welcomed the opposition because it made him think. He said he trusted that the other man cared about him even if he didn’t care for his idea. He was able to separate the personal relationship from the discussion and move on. Wow!

Beyond my gut reaction

The criticism the man received truly wasn’t personal—it was a critique of an idea. But what about criticism that attacks you as a human? Or what about nasty gossip related to your character or your leadership? It’s hard to separate that from the relationship. It sometimes feels impossible to not take it personally when it’s aimed right at you.

Unfortunately, I’ve experienced this, and if you’ve been in leadership long enough, I’m sure you have too. What do you do with criticism or gossip that hurts so much it feels like it could crush you? When I’ve faced this, I’ve noticed two reactions in myself, and neither one of them are very healthy.

If I’m feeling insecure, I’ll ruminate over every word of the criticism and absorb it, letting it make me feel uncertain and timid in my leadership. I’ll overanalyze the comment from every angle and try to figure out exactly what the motivation was. This makes my leadership small.

On the other hand, if I’m feeling cocky, I’ll ignore it and harden my heart, blowing every word of it off, chalking it up to jealousy or meanness. Sometimes this will bubble over into resentment. This makes my head too big.

What if we committed to separating the criticism from the relationship and refused to let the hurt feelings take over?

Over time though, I’ve learned that God allows criticism to come my way because he loves me too much to shield me from it. Criticism often points to something deeper, and usually indicates something that God wants me to pay attention to. Sometimes I need to examine the circumstances that led to the criticism. Did I blow past someone in my need to get something done quickly? Did I exclude someone and hurt her feelings? Sometimes I need to pay attention to my own blind spots. Did I act in a way that was arrogant, selfish, or proud? Is there a nugget of truth in what they said that could help me be a better leader? Sometimes there may be nothing within the criticism or gossip other than God shedding light on the fact that I need to be humble and love others even when they hurt me.

Here’s something I’ve learned from my husband, who has led in many ministry settings: when someone disagrees or criticizes him, he will pause and think, Maybe they’re right. Notice that he doesn’t say they were definitely right, but he opens the door for contemplation and possibilities. He doesn’t ruminate or spend a lot of time wondering why they said what they did; he just examines the comment for what he can learn from it. It removes the emotion and focuses on learning.

And this is where I think men might often have an advantage: criticism hurts them too, but they tend to be better at removing the emotion and seizing the opportunity. What if we tried to learn from the guys and focused our attention on learning from critical comments instead of trying to assign a motive? What if we committed to separating the criticism from the relationship and refused to let the hurt feelings take over? What if we said no to a damaged relationship and yes to leadership growth?

What if we tried to learn from the guys and focused our attention on learning from critical comments instead of trying to assign a motive?

I have a friend who does a great job with this. She picks through critical comments as if she is separating the whites from darks when doing laundry. The things she can learn from, she files away to contemplate. The hurtful things, she flings over her shoulder like she would a worn-out nightgown that needs to be thrown away. We don’t hesitate to care for the clothing we need and get rid of what’s useless or worn out, so why shouldn’t we treat criticism the same way? She sorts her “laundry” quickly and then doesn’t waste time on the useless, hurtful comments. It’s a great leadership strategy. Take what’s useful, learn from it, and then move on.

Here are some questions you may want to ask yourself as you consider your own reactions to criticism:

• What kind of criticism yields the strongest reactions in me? What can I learn about myself in this?

• Who can I process my feelings with when I face criticism? Do I have a trusted confidant who can help me gain perspective and learn from the incident?

Sometimes it helps to just admit it when criticism hurts instead of pretending it away. And remember, you are not alone. Every leader faces criticism, but it doesn’t have to derail you.