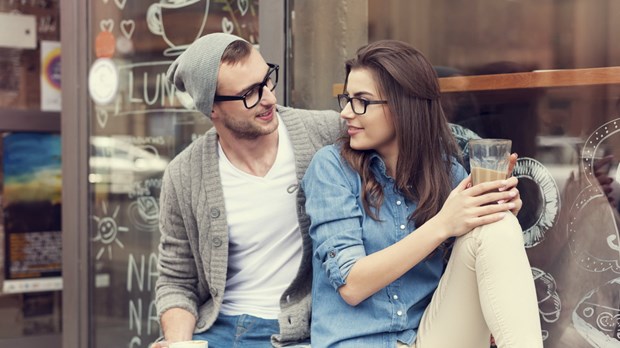 My name is Ashley, and I’m a Millennial Christian. (Hi, Ashley.) Being a Millennial means I’m on my smart phone all the time; I talk to my friends more on Facebook than I do face-to-face; I tweet; I Instagram; and I complain.

I am an expert complainer: I complain to my friends that all the guys my age aren’t grownups. I complain that I never have any money. And I complain, oh boy, do I complain about my church.

You see, I attend a great church, but there are a lot of things that bother me about it, and a lot of things I don’t understand. But week after week, I show up (at the 11 o’clock service, of course), find the same five friends I always sit with, listen to the sermon, and then leave with my head filled with a little bit more Bible knowledge. I almost always find a few extra criticisms about the worship music, the overdone stage, or the way it seems like nobody reaches out to newcomers.

The same goes for my “young adults” group. I attend feeling cynical about the speakers and less than hopeful about the after-activities. I usually leave early, discouraged, mumbling something about how it’s all headed downhill and how “nobody goes anymore.”

I complain. I criticize. I worry. But I do nothing, because it’s not my job.

Or at least, I didn’t think it was my job.

Alas, God has a funny way of smacking me over the head when I’m skipping merrily down the wrong path, as I so often do.

I complain. I criticize. I worry. But I do nothing, because it’s not my job.

A few weeks ago, I talked to Donald Miller, the poster child for my generation: subversive, relevant, exciting, THE Donald Miller. He wrote the book that changed the way I viewed the Christian life, and I was pumped to interview him. But when I did, I found myself not star struck, but instead, heavily convicted.

You see, Donald Miller has a lot to say about living life and taking responsibility for it.
We talked for a while about his movie, Blue Like Jazz, before the topic turned to writing a good story with your life. He told me, “A great story, in the simplest terms, has a character who wants something and overcomes conflict to get it. And I think it’s really important, especially when we’re young, to want something. Sponsor a kid through World Vision . . . whatever . . . but want something.”

Fair enough, I thought. I want to live a great story. I can do the overcoming conflict thing. No problem.

Then he told me, “We Americans, especially, just don’t understand that life is supposed to be hard. And we buy things to make it easier. But God has designed life in such a way that it’s difficult, and we should be engaging that challenge rather than running from it.”

I began to feel uncomfortable. I thought about how many items I’ve purchased recently “for convenience’s sake.” I decided not to think about it.

I chuckled, thinking about some of my past dating experiences.

Donald laughed too. “Probably not, or at least limited to some degree. Right?”

He continued, “I’m amazed that people I visit in prison who embezzled money all have something in common. They didn’t have a guiding vision for their lives. They lived in the moment. They reacted in the moment. They were unwilling to sacrifice for the sake of a longer narrative, and it got them into trouble. The more we can teach people to think in stories, the better off we are.”

"We’re handed the pen and we get to write whatever kind of story we want."

Sacrifice for the sake of a longer narrative. That phrase stayed with me. If life has a goal, I processed to myself, if there are longer narratives that we’re living, not just the day-to-day, instant gratification stuff, then I should be sacrificing for it. Hmm. I had questions. You see, I’ve spent a lot of my life thinking God is in control of our narratives, and I always figured that meant I was just along for the ride. Isn’t life simply “happening” to me?

“I think we have much more control than we believe we have—God-given control. Do we have complete control? No. We don’t have control of other characters. We don’t have control over a lot of things, like our genders or heights, so to say we have complete control wouldn’t be true. But we have a lot of it. I mean, we have a lot of it. We’re handed the pen and we get to write whatever kind of story we want. But we are programmed from an early age to defer our responsibility onto others. We don’t take responsibility for our own lives—we don’t own our stories. But when you start looking for a solution rather than being the solution, you’re not taking full ownership of your story. Just do something. It’s not very complicated. The principle idea is that God has given us what I call ‘shared agency.’ He has shared power with us to affect our stories. We don’t have to have ugly marriages. We don’t have to have ugly relationships. It’s a simple concept.”

We spoke for a while longer, and then I hung up the phone. Stunned. Horrified. And terribly convicted.

My conversation with Donald Miller led me to the realization that church, like many other things in my life, has been a consumer activity.

Because the things I complain about, specifically “church things,” are not things I’ve tried to change. I’ve never decided to become a part of the story—I’ve always figured having direct influence in the church was for the old people. But the church is me, and the church is you. And it turns out, we need to have a vision for it. One that is coated in prayer . . . one that requires something of us.

My conversation with Donald Miller led me to the realization that church, like many other things in my life, has been a consumer activity. I want it to be convenient for me, so I go to the late service. I don’t help out unless there is something fun that requires no commitment. And if there are problems, I complain about them. But I never come up with a solution, because I’ve always thought it was someone else’s job. Turns out, I was wrong. According to Miller, we’re supposed to be taking charge and taking responsibility. And I have a nagging suspicion he’s right.

I think somewhere in the back of our minds, this lack of participation stems from a lack of confidence in ourselves. We don’t feel able. We’re sinners, we’re babies, we’re messes . . . we barely know how to do our taxes. But we have to start somewhere. We have to take responsibility at some point. And maybe the time is now.

So how many of us are out there? You know who you are. You’re the young adults who complain about how “uncool” their churches are but do nothing to make them more relevant. The ones who complain about a lack of outreach ministry, but never start one yourselves. Are you worrying about the youth program but not volunteering in it?

It’s actually sort of empowering to realize that we are officially “old enough” to help write the story of the church.

It’s actually sort of empowering to realize that we are officially “old enough” to help write the story of the church. Now is the time to join in, to become a contributing writer to the greatest story in history. It’s a story that is 2,000 years old, stems from the grace of the Cross, and has eternal value beyond compare. Not bad, really.

So get involved. I’m saying this to you and to me. Stop looking down at your phone while you stand in the church lobby, and start looking around for ways to do something. Don’t be afraid of failure—you’ll fail. I will too. But God is strong, and he demands our all. Let’s overcome something difficult. Let’s face conflict. Let’s start being the church.

And if you don’t know where to start, ask your pastor where the most help is needed.

Because as it turns out, living a good story doesn’t require us to sit back and enjoy the ride.

Thanks, Don. I owe you one.

This article first appeared on GiftedForLeadership.com. Used with permission.

Ashley Moore Emmert is the assistant editor for Christianity Today's ChurchLawAndTax.com. She contributes to Today's Christian Woman and Her.meneutics, blogs at AshleyGraceMoore.blogspot.com, spills on herself at least twice a day, and has developed very strong feelings for her snooze button. Follow her on Twitter at @ashgmoore.