Straight or gay, God's standard applies to us all.
Marian V. Liautaud 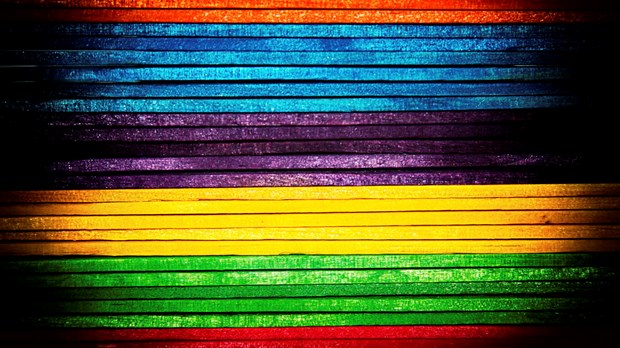 I'm a sexual being. But my sexuality isn't the only aspect that defines me. I'm also an intellectual, emotional, physical, spiritual being formed in the image of Christ. My choices are influenced by all of these impulses and leanings.

As a heterosexual woman, I can't deny that I'm attracted to the opposite sex. My natural desire for men doesn't make me sinful, but my desiring men doesn't give me license to have sex just because my natural orientation tells me so. God made it clear that sex is for husbands and wives. On my wedding day, I made a covenant not to go outside my marriage to meet my sexual needs. Before I was married, I was held to the same standard—to the purity of my body.

For some, it seems unfair—even cruel— that God makes us sexual beings, but then he tells us that only the marrieds get to enjoy this aspect of ourselves. Where's the good sense or grace in that design? Sex reserved for marriage between a man and woman only? Can anyone even live up to such a standard?

God set the bar for sexual purity high, to be sure. The scriptural passages regarding sex are not easy to deal with, and the ones regarding homosexuality are even tougher to digest, especially if you're the one experiencing it. In this issue, we hear from three people who faced the challenge of discovering God in the midst of their homosexuality or same-sex attractions.

Rosaria Champagne Butterfield caught the world's attention when she came out with her tale of leaving academia as a gay woman and becoming a believer who went on to marry a man. Don't miss her interview with Allison J. Althoff, "From Lesbian Professor to Pastor's Wife."

"Jane Thomas" writes about the difference between being gay versus being attracted to the same sex, and offers some practical help for how to take your thoughts and instincts captive in God-honoring ways.

Finally, Christopher Yuan, a Bible teacher at Moody Bible Institute in Chicago, shares a tribute to his mother, a woman he describes as a "monument of God's grace." After watching her son head down a path of homosexuality and drug abuse, which nearly led her to take her own life out of despair, she ultimately determined to trust God for her son's salvation and sanctification. Their heartbreaking journey paints a picture of hope and redemption for anyone caught in the snare of sexual sin, and the people who love them.

Wherever you identify yourself on the LGBTQ or S (straight) spectrum, we're all called to holy sexuality—sexuality that's designed to protect and enhance life, not limit the fullness of it. Unfortunately, two words— "I'm gay"—have dominated and derailed the conversation about what God desires for us, and why—that we may experience the joy and ecstasy of physical oneness if we are called into a marriage relationship—a union that mysteriously alludes to the oneness we, the church, will experience as Christ's bride.

By focusing on all that's wrong with gay people, we've let straight people off the hook. One might think, I slipped up and committed a sexual indiscretion with the guy I'm dating, but at least it's not as bad as so-and-so, who's living with her lesbian lover. When we make the topic of sexuality all about straight versus gay, and whose behavior is worse, we take our eye off the prize—to live God-honoring lives with our total being. No amount of name-calling and sin-slandering can cloud this point. Trying to redefine God's purpose and parameters for living out our sexuality because they don't fit with our needs and natural inclinations is a bad strategy. At some point, as all three of our authors in this issue concede, discovering a holy sexuality means surrendering our desires for God's desires. Ultimately, the path to holiness and overcoming any sin in our life—sexual or otherwise—always begins with surrender. As we surrender ourselves to God, we take on more of the identity of Christ—an identity that transforms us from our head to our toes.

May we strengthen each other and extend grace along the way to holiness.