The way we use social media is merely symptomatic of a pre-existing condition: People have been hiding from and deceiving one another since the beginning of time.
Alexandria Lopez 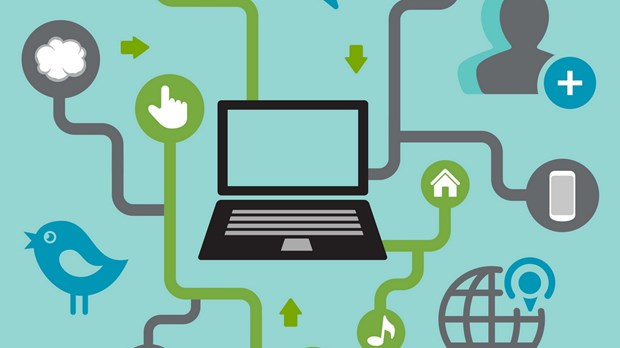 In less than a decade, Facebook has become the social axis around which many of our lives revolve. As college students during the mid-2000s, my classmates and I were early adopters of the social media hub, using Facebook primarily as an extension of our social world. I doubt many of us realized that in just a few years, the website would expand beyond the walls of higher education to reach 1.11 billion users monthly in 2013.

When I recently received a Facebook reminder that my 10-year high school reunion was fast approaching, I briefly wondered why I'd bother going. I already know what most of my classmates are up to—my Facebook news feed never lets me forget. But can social networking sites, which offer a cursory look at complex individuals, ever fully capture what others are actually experiencing?

Online profiles, which allow users to construct their own images before interacting with others, often present incomplete and inaccurately rosy snapshots of people's lives. For instance, I want people to see the best photos from my recent tropical vacation, images of me and my husband cuddling in front of a beautiful sunset. I might not be as keen for them to know that the trip left me with credit card debt that now keeps me awake at night, or that my spouse and I had an argument 20 minutes after the sun vanished. Secure behind the safety of our screens, we can hide the messy, painful, and difficult parts of our lives, glossing over them with statuses about our successes. Yet when we present highly sanitized versions of ourselves for public consumption, we are denying others the chance to see us as we really are. Consciously or unconsciously, we are erecting barriers between ourselves and others.

By its very design, social media caters to several deeply ingrained temptations that many of us struggle with: pride, jealousy, deception, and alienation. We click through photos of the fixer-upper our college roommate recently bought, and feel superior about our own two-story home. We notice that a former classmate is working in our dream industry and think, "How did she get so lucky? I'm much better suited for that position than she is." We furtively exchange messages with our high school boyfriends, and then wonder when our husbands became so unromantic and boring. We look at the perfect lives displayed before us and, failing to see through the facade, we refuse to ask for help that we may desperately need, afraid we are the only ones experiencing trouble and disappointments.

In the years immediately following graduate school, I struggled with several issues common to adults in their twenties. Like many of my peers, I coped with family conflict, adjusted to marriage, and attempted to find some measure of professional fulfillment in a defeating economy. However, when I logged onto Facebook, it felt like I was the only one dealing with these challenges. Instead of seeing my battles reflected in my peers' lives, I was surrounded by virtual highlight reels, making it difficult for me to admit adulthood was more trying than I had expected. I succumbed to the temptation to bury my problems instead of sharing them, which ultimately led to alienation.

Hiding the real me

Facebook isn't really the problem, however. The way we use social media is merely symptomatic of a pre-existing condition: People have been hiding from and deceiving one another since the beginning of time. You only have to reach the third chapter of Genesis to come across the first recorded instance of deception in the Bible. Tempted by the Serpent, both Adam and Eve eat from the tree of knowledge of good and evil, despite God's warning that doing so will lead to death (Genesis 2:17). Although they do not die, they immediately recognize their nakedness and are stricken with shame. Knowing that they have sinned, when God approaches them, their shame leads them to hide in the trees (Genesis 3:8). While shame is not always a direct result of sin—plenty of us struggle with unwarranted shame and embarrassment—we have all heard its insidious whisper in our ears, telling us we don't measure up, and that there is something about us we cannot reveal to others. While we might not physically hide ourselves, most of us are familiar with the desire to cover our "nakedness." Unable or unwilling to relinquish our shame to God, we hide by denying others an opportunity to get close to us.

Whether done out of shame or pride, to present this false persona to a group of people I call my 'friends' cheapens the meaning of friendship.

Paradoxically, while some of us struggle with shame, others hide due to an excess of pride. Many of us have been conditioned by our culture to be completely autonomous. We tend to avoid anything that resembles dependence, including close relationships. We buy into the false belief that we don't need help from others or even from God, and so we reframe life's tests as threats to our self-image, burying or denying them. We certainly don't talk about them on Facebook. But while a public forum like Facebook may not be the place to discuss deep wounds, we do ourselves no favors when we slap on a smile emoticon and an upbeat status while we struggle in silence. Whether done out of shame or pride, to present this false persona to a group of people I call my "friends" cheapens the meaning of friendship.

Facebook connections, in which we pick and choose which aspects of ourselves to conceal and reveal, are easier and less demanding by their very nature. They are also less intimate. Genuine friendships—while often messy, intrusive, and challenging—are holistic. Rather than embracing a sanitized version of another person, we accept their weaknesses along with their strengths. By allowing ourselves to truly see and be seen by one another, we not only shut the door on social media's temptations, but we also minister to one another as the body of Christ through companionship, guidance, gentle correction, and mutual support.

While I still use Facebook, I do so with eyes fully open to the relational challenges it presents. I make a concerted effort to spend less time staring at the screen, and more time in community with close friends, sharing meals and enjoying one another's company. Even though it's still difficult, each time I share a personal struggle or a less-than-flattering aspect of myself with my friends, I remind myself I'm moving into a deeper friendship, and that the fruit of transparency is far sweeter than that of deception.

Subscribe to TCW at this link for exclusive access to all web content and our weekly iPad issues, and sign up for our e-newsletter to become part of a community of women striving to love God and live fearlessly in the grit of everyday life. Also check out our new and updated Media Library, where we upload weekly Scripture verses, videos, polls, and quizzes

Alexandria Lopez is a freelance writer and editor. She and her husband Jarrod live in central Kentucky.