You can’t lead if you don’t know how to follow.
Bianca Juarez Olthoff 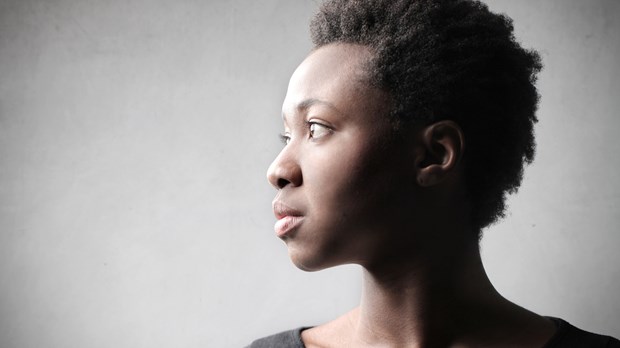 I am second. No, it’s not religious humility or self-deprecation. I am literally second. I am a second-born twin in the shared role of first child. I am the second wife to my husband. I’m the second mother to my kids. I am second in my role at work. I am second.

Quotes like “Either you’re first or you’re nothing” and “Second place is the first loser” reinforce the belief that secondary and subsidiary roles are insignificant. But they aren’t. In fact, they are needed. In life, liberty, and the pursuit of Jesus, you can’t lead if you don’t know how to follow.

In the business world, church life, or at home, leadership is often defined as a certain set of skills or characteristics possessed by those in the most prominent role. Yet if leadership is influence, as John Maxwell says, then we each have a powerful role to play in mobilizing people in all spheres of our lives.

Sometimes we must know what something is not before we can determine what it is. Therefore, let’s clear up some of the common misconceptions about leading second.

Leading Second Is Not Being Passive

Leading second does not mean neglecting responsibilities or influence by not being at the front or making the final decision. Rather, leading second means harnessing the collective power of the team to support the main vision or objective, whether in your college, church, community, or cubicle.

For example, my idea of good budgeting is buying a gorgeous purse and surviving on celery and saltines for the month, so my husband manages our finances. I give my opinion, but I understand that he’s responsible for the cash flow of Casa Olthoff. He doesn’t do that in a controlling or selfish way; in fact, he wants me to help and steer the vision for our family. Yet he bears the weight of making sure we are fiscally responsible. Finances are not my strength, but that doesn’t mean I have abdicated my role in handling our funds.

When we understand that we can contribute to something larger than ourselves from second position, it recalibrates our heart and attitude. We cultivate purpose, values, and mission when we move together and willingly submit to the collective whole.

Leading second is not abdicating responsibility because you lack position or title. Although you may never get the recognition, you have an opportunity to speak into the vision and further the mission of your organization from the second chair.

Leading second is not being passive. As an intern, student, stay-at-home mom, or new hire, you are part of the decision-making process whether you want to be or not. You might not have the biggest vote or loudest voice, but you don’t sit idly by and watch the vision happen; you make it happen.

Leading second is not an excuse to do little because you are new, shy, or don’t have a corner office. Laziness and inattention are byproducts of insecurity and indifference.

The common theme that begins to rise to the surface is that being second doesn’t mean that you aren’t seen. In fact, we know that what God rewards openly what he sees in secret (Matthew 6:4).

Leading Second Is Being Purposeful

Leading second lends itself to doing things that may not be rewarded in the moment. Late hours at the office, kind words spoken in return for harsh words, and saying yes to another project when your time is already maxed are a few of the scenarios we may find ourselves in. Therefore, leading second is an opportunity to be faithful with what you are called to, and to allow God, who sees all things, to bring about future promotion, blessing, and favor.

Leading second is purposeful, not accidental. We step intentionally into our role in domestic decisions, boardroom policies, or academic pursuits.

Leading second is collaborative and cooperative. We build up our family members, teammates, and coworkers so they can lean in and build the collective vision instead of building individual agendas.

We Are All Second

Ultimately, we are all second. Paul, an apostle and leader, summed it up best: “You should imitate me, just as I imitate Christ” (1 Corinthians 11:1). We are all second to the One, followers to the greatest leader of all. When you learn to carry the vision, you will learn to lead the vision. But you need to be willing to learn, listen, and lean into being second.