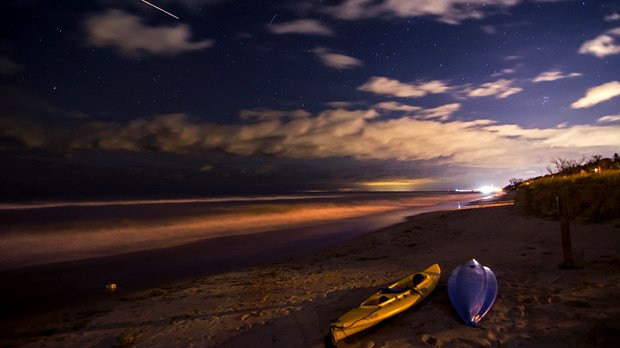 What does it take to be a great leader? Loving people and being able to inspire them? Having great organizational skills? Casting vision and being able to see clearly what needs to happen next? Perhaps developing leadership confidence and making great decisions top your list of skills. But there’s something I’ve been thinking about lately that rarely gets mentioned and hardly seems like a skill at all: rest.

Leaders aren’t supposed to rest. They are supposed to accomplish and do. Leaders are the movers and shakers—the productive ones—right? This is the way we’ve been conditioned to think—that resting isn’t a skill leaders should partake in. But more and more, I think the best leaders are the ones who don’t just incorporate rest into the rhythm of their lives; they get really good at it.

Brady Boyd, pastor and author of Addicted to Busy, agrees. He admits that after eight days in the hospital following a heart valve replacement where he was forced to slow down, he began to see some incredible benefits. For eight days he lived in his bed. With no choice but to rest, he had time to think about the effect it had not only on his body, but on his mind. He said in the slow-moving weeks that followed, his preaching improved, his leadership improved, even his thinking improved. Today he says he talks to everyone who will listen about the power of rest and what it can do for their leadership life.

Blogger Michael Lopp says that busyness is not only a distraction, but it flatters our egos and makes us feel important. "Admit it, if you've been a leader for a while, it's a source of pride that you're booked all day—you're important—you're so . . . busy." Wait. It doesn’t feel like we run around just looking for things to fill our day. Busyness finds us. There are deadlines and responsibilities in our leadership. When you pile in all the other responsibilities like housework, meals, carpools, and church, there simply isn’t an extra moment to even think about rest.

Does this make you uncomfortable? If you’re like me, the idea of great leadership takes your thinking in the opposite direction. I need to schedule that meeting and get that project started. I need to think about my next action step. I’m already behind—there’s no time to waste! Brené Brown, author of Daring Greatly, says there’s more behind staying busy than just getting things done. “One of the most universal numbing strategies is what I call crazy-busy. I often say that when they start having 12-step meetings for busy-aholics, they’ll need to rent out football stadiums,” she says. “We are a culture of people who’ve bought into the idea that if we stay busy enough, the truth of our lives won’t catch up with us.” Could our busyness be a distraction from other stuff that might be going on inside?

Join the conversation
Read as Single Page
Page 1 of 2