I had everything, and it still wasn't enough.
Sandra Crawford Williamson 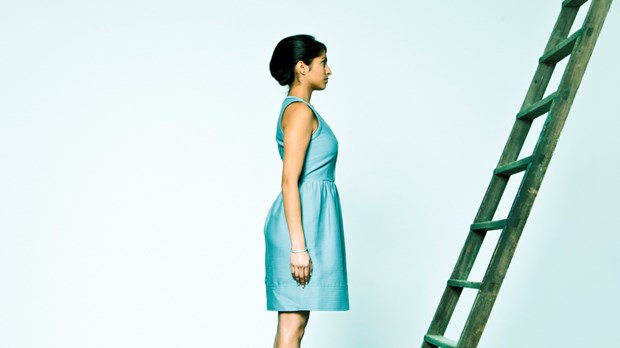 In 2001, I was weeks away from having my MBA at the age of 34. I was the president of a multinational company, traveling the world with offices in multiple countries. Under my leadership, the firm became the category leader in our field and we were on the cover of the Wall Street Journal. I had everything I thought I had ever wanted. I had a beautiful home, European company car, trendy wardrobe and jewelry collection, hot dates when I needed them for events, and a job where I earned a high-class living and traveled the world . . . with my fancy luggage, of course.

But all of that quickly changed. With a sudden turn of events, I was standing alone—and lonely—before the Lord.

We noticed a plane flying low overhead, but we walked into the building and jumped on the elevator quickly, clueless that the American way of life was about to change.

My business brought me to New York quite often. On that beautiful morning in September, I was walking down Fifth Avenue with members of my team for client meetings. We noticed a plane flying low overhead, but we walked into the building and jumped on the elevator quickly, clueless that the American way of life was about to change.

The plane that flew over our heads was American Airlines Flight 11, which hit the north face of the World Trade Center North Tower (1 WTC) at 8:46 a.m. when we were on our elevator ride to our floor.

As I was on the phone with my mother, she started screaming that a second plane hit the "other tower," which I quickly dismissed. I remember saying, "Mom, you're seeing a replay." She replied, "No, I'm seeing one tower on fire and a plane hit the other tower." She, as millions did, had seen United Airlines Flight 175 hit the south side of the World Trade Center South Tower (2 WTC) at 9:03 a.m.

Panicked thoughts went through our minds. Could our high-rise building be at risk? Is NYC under attack? We prayed, gathered our things, and left the building. As we headed to Lower Manhattan to help where we could, I was struck by how silent the city was. Eerily silent. There was no traffic on the streets. There were people, some rushing south like we were . . . but everyone was quiet.

Then we heard an enormously loud rumble at 9:58 a.m. that sounded like a bomb going off in slow motion. It sounded as though it was coming from underground.

It was silent again. And then the cloud came. Gigantic grayish clouds were seen up ahead rushing toward us from the collapse of the South Tower.

I was shocked to see people begin to emerge from the cloud covered in the thick dust. People in suits with no shoes and people holding bags that were open and empty—they all slowly inched north. Some people just stared straight ahead and never slowed. Some people had blood trickling down. And most had dark streaks down each side of their faces—tear strains in the concrete dust.

I was struck later by the fact that the concrete dust had concealed our differences. It didn't matter if we were executives, taxi drivers, boutique owners, hot dog vendors, or waiters. The awful dust covered up all of our titles and status and labels. Our business cards and status symbols were blowing in the wind. We were just people—people on the street trying to help one another.

By the time the North Tower collapsed, buildings all over the country were being evacuated, including the White House and the Capitol. Our country was in chaos, but we had no idea. We didn't know of other hijacked planes, yet we were so afraid. Afraid the attack was going to continue. Afraid of the unknown.

The Fear That Set Me Free

"When Life Gets Messy" by Diane Paddison

"Fired From Your Identity" by Elizabeth Knox

I know fear is not of the Lord. Yet, he uses it. I felt the fear of death seeping through me and was surprised to find it was followed closely by loneliness and regret. On the surface, I had everything I thought I had ever wanted. Yet there I was, standing in a street in Manhattan thinking I could die, and all of the stuff I was striving for wouldn't matter. The title on my business card and number of digits on my paycheck meant nothing.

I remember trying to keep busy—but it didn't work. I had often thought I would continue my corporate climb, adopt a baby girl, have a nanny, and live the high life in a big glamorous city. Somehow, on September 10, 2001, that had seemed just right, enough, and awesome. But now it seemed like a caricature, a joke, pitiful. Nothing felt the same.

Wednesday was all about trying to get my team members off of the island and back home. It was about not crawling up in a ball and giving in to the hopeless despair that was creeping in on me. What am I doing? Why am I here? Between those thoughts, I was on the phone with travel agents, car services, airlines, railways, and the office.

By Thursday we got everyone at least out of the city and en route to home. That left me and my right-hand person, who needed to drive back to Orlando—she to a lovely family, husband, children, pets; I to my empty home with "no pets, no plants" to better facilitate my rise to the top.

Over the following days and weeks, I went about my business as normally as I could. I boarded a plane to Europe just a few days later, when most Americans swore they would never fly again. On the outside my life looked the same. But on the inside it was crumbling bit by bit.

Pulling off Layers of Insecurity

I spent my life putting on masks, labels, and layers to cover up who I really was. I'm a small town girl from South Louisiana who was raised with chickens, tractors, and hand-me-down clothes. My parents were scrappy, hardworking people who had never had anything given to them. Everything they have was earned by their own blood, sweat, and tears. They weren't given a lot of opportunities by others, and they knew I wouldn't receive any free tickets either. So the best grades were expected and not rewarded in our household.

That upbringing set me up to work hard to please my parents and attempt to make them proud. So with a scholarship in hand, I went to college and continued to focus all of my efforts on getting ahead. I landed my dream job with Procter & Gamble right out of college. I tried to work harder than everyone else, had no hobbies, and tirelessly strived for the next achievement at all costs—including my church attendance, friendships, and potential dating suitors—at companies like Coca-Cola, Nabisco, and Universal Studios.

Beneath all this achievement hid my insecurity that I was never good enough.

Beneath all this achievement hid my insecurity that I was never good enough. So, I layered on degrees, job titles, awards, name plates on doors, successful projects and companies, news clippings, cars, and lots of stuff. I layered all of these things over my real self like Joey in an episode of Friends. As retaliation he put on all of Chandler's clothes and came out wobbling like the Stay Puft Marshmallow Man. Oh, I had some layers. I was a giant Stay Puft Marshmallow Woman stumbling through life.

Then the layers started to fall off. I cut off a relationship of convenience (a long-time date who always swooped in when I needed someone to accompany me to events). I started attending church. I stopped shopping—which was no small thing. But after September 11th, I had no desire for more stuff.

Over time other labels began to fall off or be ripped off. It seems 9/11 had also stripped me of the thrill of the hunt. Up until that point, I loved to win—at all costs. I would work 20-hour days and expected those around me to do the same. I had been disgusted with those who did not subscribe to my "no pets, no plants" policy of dedication to the soulless pursuit of success. Now I wanted to be one of those people who went home to a family. Who came to work with a lunch someone else had packed. To get a call during a staff meeting and whose face lit up when they answered.

I no longer wanted to go out on the town and make a big show. I'd rather stay at home and watch movies with friends. I craved connectedness. I craved human interaction. I wanted to know people and their real selves, their real stories. That was all that mattered to me. Who were they really under all those layers? If they were okay under there, then maybe I could be too.

Over those months, I began to feel better about who I really was.

Over those months, I began to feel better about who I really was. I was getting comfortable in my own skin, without all of the layers. Vulnerability wasn't a dirty word for me. I let others in and I liked it.

I could go on with all of God's miracles over the next 10 years to bring me to you today. I became confident enough to stop going to school and dropped out just a few classes and my dissertation short before earning my Ph.D. I became vulnerable enough to marry and have children. I eventually became confident enough to walk away from big business and corporate America and start my own consulting firm, which is what led me to 4word.

I'm still a work-in-progress. I'll always be one. I still feel lonely some days—even despite having my husband and three children around me. Yet I'm confident that I will never be perfect and I'm still completely flawed—but God loves me and that's enough.

Sandra Crawford Williamson serves as chief operating officer of 4word, a ministry devoted to connecting, leading, and supporting professional Christian women to achieve their God-given potential. She also serves as founder and CEO of Crawford Creative Consulting. Sandra is a seasoned executive, Wall Street industry expert, author, and public speaker. She has a heart for women, especially working women, and she is a proud wife and mother of three wonderful children.