You don't have to be overcommitted.
Margot Starbuck 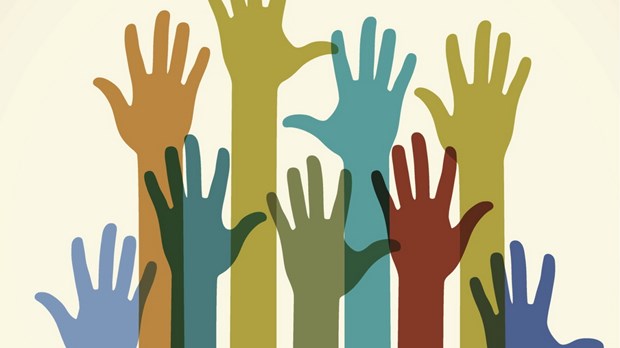 At this very moment, my children are at Vacation Bible School. And I am not.

If that sounds too good to be true, keep reading.

After years of saying yes to leading and crafting and even performing an uninspired rendition of a "Space Cowgirl"—suffering a painful pelvic situation after break dancing wearing a huge metal cowboy buckle—I finally gathered the courage to say the naughty "N" word, to serving at VBS, which is so rare among women in churches today. I said no.

Clearly, per the pelvic injury, I learned this lesson the hard way.

Surprisingly, what finally gave me the courage to say no was someone who believed in the power of a good yes.

Melinda, a wise woman in my church, regularly welcomes others to join whatever God is up to by asking them to serve. She begins every gracious invitation—to lead at VBS, to provide a meal, to rake a lawn, to host a shower, or to offer a ride—with some form of "I'm just wondering if this has your name on it . . ."

Can you hear the freedom in those words?

We serve God most faithfully when we use what we have been given.

Basically, Melinda's gracious style of invitation to serve others is no less than kingdom genius.

And it's so much more than a clever marketing strategy. Melinda truly believes that declining to serve where we're not called opens up a blessed opportunity for someone who is called and equipped.

Her wisdom resonates with the wisdom of Paul, who suggested that the body functions as it should precisely when those of us who are ears aren't trying to see, and those of us who are eyes aren't attempting to hear! In Peter's letter to scattered believers, he similarly exhorts, "God has given each of you a gift from his great variety of spiritual gifts. Use them well to serve one another" (1 Peter 4:10). We serve God most faithfully when we use what we have been given.

In Introverts in the Church: Finding Our Place in an Extroverted Culture, pastor and author Adam McHugh recognizes that while many of the ministry opportunities are well-suited for extroverts, a lot of the roles esteemed in the church aren't good fits for introverts. McHugh encourages introverts to release the burden of squeezing into a mold that doesn't fit and, instead, seize those opportunities that complement their natural giftings.

When we're finally freed to serve as we're called and gifted, we're also set free to say no!

The biggest win about choking out a sometimes-difficult no is that it frees us up to say yes to the possibilities that do have our names on them. As we do, our nos become more God-honoring than all the people-pleasing yeses spoken out of a need to please and not disappoint.

Every moment that I've not been at VBS this morning, I've been able to do those things that do have my name on them: I've encouraged. I've prayed. I've written. I even walked and chatted with a friend.

You can see how this thing is a win, right?

For the love of God, just say no.