Sometimes loving from a distance is the best we can do
Dr. Juli Slattery 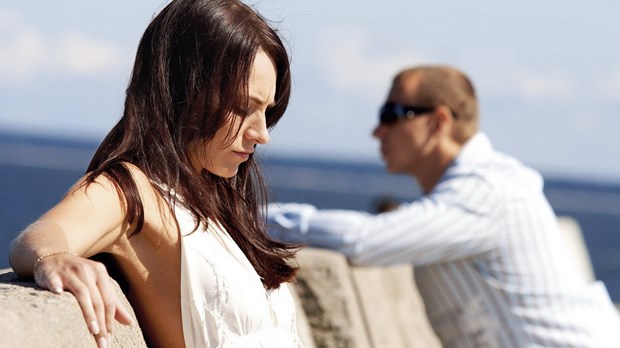 When you have been deeply hurt or betrayed by someone—perhaps by a husband who is repeatedly unfaithful or a relative who is abusive—restoring that relationship can be complicated. While the Bible is clear that we are always to forgive people who harm us, forgiveness doesn't necessarily mean that we go back to relating as if nothing ever happened. A severe offense or a pattern of abusive behavior breaks trust, and a relationship cannot be close unless trust is rebuilt.

A severe offense or a pattern of abusive behavior breaks trust, and a relationship cannot be close unless trust is rebuilt.

The Bible gives a practical example of a godly man in an abusive relationship who had a forgiving heart, but he also kept his distance and set healthy boundaries. I'm referring to David and King Saul.

King Saul was not in his right mind. His mind was so twisted by jealousy and rage toward David that he was determined to kill him. While Saul and his men hunted down David, David hid, calling on the Lord for protection. In fact, many of the most beautiful psalms in the Bible were written as David hid from Saul.

There were a few times when the Lord allowed David to be in a position in which he could get rid of Saul once and for all. David's friends encouraged him to kill Saul, which many would have said he was justified in doing. But David had a sensitive heart toward the Lord and refused to harm Saul. Instead, he extended mercy and showed humility.

David had every reason to seek revenge, but instead he trusted God to carry out judgment against his enemy. He said, "May the LORD judge between us. Perhaps the LORD will punish you for what you are trying to do to me, but I will never harm you" (1 Samuel 24:12).

Saul responded to David's kindness with repentance. The great king of Israel wept aloud and admitted, "You are a better man than I am, for you have repaid me good for evil." But Saul's attitude didn't last long as he took some of his best troops to hunt David soon after this incident (1 Samuel 26). After David chose not to kill Saul when he received another opportunity, Saul confessed to David, "I have sinned." Then he offered to restore the relationship with David, "Come back home, my son, and I will no longer try to harm you, for you valued my life today. I have been a fool and very, very wrong" (1 Samuel 26:21).

Even so, David did not trust Saul. He had seen such remorse in him before only to be in the crosshairs once again. The Bible says that David went on his way, and Saul returned home.

Jesus told us to forgive those who sin against us up to "seven times seven" (Matthew 18:21–22)—meaning we should continue to forgive someone as many times as is necessary. Like David, we shouldn't harbor bitterness in our hearts toward someone who has harmed us. Instead of taking revenge, we should leave judgment to God.

Reconciliation requires genuine repentance and the desire to rebuild trust.

However, forgiveness doesn't always mean the relationship is restored. Reconciliation requires genuine repentance and the desire to rebuild trust. I've seen many amazing stories of marriages, friendships, and family relationships completely restored after a grievous betrayal. But other times, repentance is absent or shallow, and trust cannot be rebuilt, nor can the relationship.

While Jesus showed love and compassion to all men, to some he did not entrust himself because he knew what was in their hearts (). Likewise, we are called to be clothed with love, forgiveness, and compassion. However, there are times when loving from a distance is the right choice.