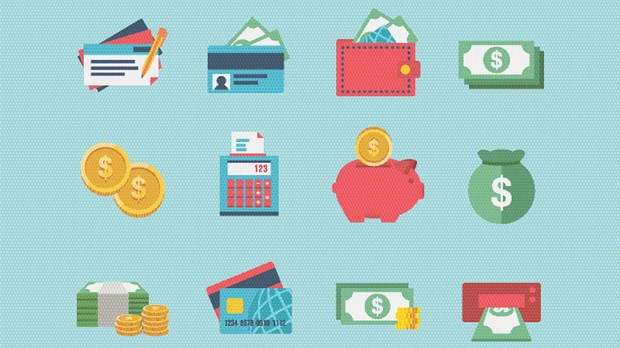 A few years back, I was talking with a Christian friend about what spiritual principles we should invoke when we think about spending money. "I just wish there was a formula," she said. "I wish I had some dos and don'ts every time I walked into Target."

Early on in my adult life, when my husband and I each received our first paychecks, bought our first house, and set up our first Roth IRA accounts, I thought there were some pretty basic dos and don'ts for Christians when it came to money. I thought there was a formula: Give 10 percent to charity, 30 percent (or so) to the government, and then save as much as you can of what remains.

I realized I saw 90 percent of our money as "mine" and only 10 percent as belonging to God.

But as time wore on, the topic of money became a lot more complicated. I learned that money comes up throughout the Bible more often than virtually any other subject. Jesus himself spoke about money more frequently than prayer or faith or any number of more overtly spiritual issues. All this biblical attention suggested I might need to think a little more about the questions, complexities, pitfalls, and opportunities I faced as a person responsible for wealth of all sorts. In time, I realized Christians disagreed about where we should give and how much we should give. I realized I saw 90 percent of our money as "mine" and only 10 percent as belonging to God, and I wanted my attitude to better reflect the truth that God had entrusted us with money and goods that ultimately all belonged to him. I realized that Jesus led a very simple life and yet was also accused of indulgence, that he commanded some to give away everything and received hospitality from others without a word about their wealth. It left me both encouraged and confused. How much should we give away? What does it mean to live simply in a culture of excess? When does saving money become hoarding? How do I keep my treasure in heaven?

I'm not alone in my questions, hopes, and fears when it comes to money. The church as a whole makes headlines with two polarized approaches to this topic. On one side are adherents of the prosperity gospel, bearing a message that equates God's blessing with material prosperity. On the other side are proponents of simplicity who advocate for Christians to give generously and live simply. Both sides can line up Bible verses and personal testimonies to support their message. But perhaps God's Word includes so many references to wealth and poverty and everything in between because no simple solution—no easy reference guide of dos and don'ts—exists. Perhaps this is an area for prayer, discernment, accountability, and community. Perhaps money offers a crucial opportunity for members of the body of Christ to model what it looks like to be faithful both in times of plenty and in times of want.

In Luke 5, Jesus called a tax collector named Levi, and Luke records that Levi "got up, left everything, and followed [Jesus]" (verse 28). At first blush, this story seems to support the idea that following Jesus means forsaking worldly goods. But the next verse reads, "Later, Levi held a banquet in his home with Jesus as the guest of honor" (verse 29). Leaving everything apparently meant pulling out the food and wine and opening the doors to a house that was big enough to host a party! For Levi, leaving everything meant changing the patterns of his heart and his behavior, but it didn't mean giving away everything he owned.

Leaving everything apparently meant pulling out the food and wine and opening the doors to a house that was big enough to host a party!

As author and teacher Paul Miller writes, "Money, of course, is morally neutral, but anytime you add money to a system it elevates, separates, and accelerates. None of those things are inherently wrong, but each is potentially toxic to your soul. So money management must mean heart management as well. Of course, generosity is the only sure way to get rid of the power of money because it lowers you, connects you, and slows you down."

I have to assume that Levi's decision to follow Jesus enabled him to move from greed and self-centered consumption to generosity with a pattern of consumption that blessed his community. As a tax collector, not only was he wealthy but he was also set apart from his fellow Jews. Yet using that same wealth for different means, through the lens of Jesus' Good News, brought unlikely groups of people together—the disciples, the tax collectors and sinners, and the Pharisees. In so doing, it lowered Levi to the same status as his peers at the same time that it connected him to them. I suspect it also brought him a great deal of joy.

The story of Levi stands as but one example of Jesus' approach to money. Throughout the Gospels, Jesus spoke about wealth again and again not because he wants us to apply a set of categorical rules to our contemporary situations. Rather, Jesus wants, first, to help us understand how wealth tempts us to turn away from him and toward ourselves, and second, to invite us to instead turn our wealth toward God and God's kingdom here on Earth. God's kingdom includes sacrificial, charitable giving (calling the rich young ruler to give all his money to the poor, for instance), extravagant spending (the woman who poured expensive perfume on his feet in preparation for Jesus' burial, the various banquets and feasts throughout the Gospels), and wise stewardship (the parable of the talents). These stories might seem contradictory at first, but taken together as a whole they call us to a more nuanced understanding of stewardship of money than either the prosperity gospel or the simplicity gospel might lead us to believe.

I have the opportunity to walk with Jesus through these very mundane decisions that nevertheless expose (and could transform) the patterns of my heart.

I still sometimes want a clear and unambiguous set of rules when I step into Target, or when I receive another request from a charitable organization, or when I consider buying a piece of furniture that will cost a lot of money but should last for generations. But in the end I'm grateful that no such rulebook exists. Instead, I have the opportunity to walk with Jesus through these very mundane decisions that nevertheless expose (and could transform) the patterns of my heart. As Jesus told his disciples before he died, he no longer calls us servants (John 15:15). He no longer gives us a list of tasks to accomplish and then report back to him. Rather, he calls us friends, ones who have the great privilege of coming to him to talk through every aspect of our lives.

And so, Christians need to be talking to one another about money. We even need to find trusted accountability partners with whom we can share what might be our most telling spiritual document—our credit card statements. The complexities surrounding money in our culture can lead us to oversimplification and casting judgment upon one another. Or they can serve as an invitation into a deeper and wiser relationship with God and within the body of Christ.

Amy Julia Becker writes and speaks about family, faith, disability, and culture. A graduate of Princeton University and Princeton Theological Seminary, she is the author of A Good and Perfect Gift: Faith, Expectations and a Little Girl Named Penny. Join in the conversation on her blog, Thin Places.