How four friends inspire and equip others to leverage their wealth
An interview with Pam Pugh by Marian V. Liautaud

Women are wealthier than ever before. According to the Federal Reserve Board, we control the majority (51.3 percent, or $14 trillion) of personal wealth in our country, and 95 percent of us will be the primary financial decision makers for our families at some point in our lives, according to a Prudential Financial study. Nearly 40 percent of working wives now make more money than their husbands, according to the Bureau of Labor Statistics.

A first-ever study focusing on the giving habits of Christian women reveals that we're more generous than the average American, and we're even more generous than Christian men in our country. In fact, the balance in our bank account has little to do with our generosity.

Click here for 8 Questions to Assess Your Giving IQ

While many of us live paycheck to paycheck and would hardly consider ourselves wealthy, "Directions in Women's Giving," the 2012 research project spearheaded by Women Doing Well in conjunction with the Sagamore Institute and Baylor University's Faith and Religion Institute, discovered that the most radical givers (those who give the highest percentage of their annual income) had the lowest median income range ($60-69,000).

As women are experiencing unprecedented wealth and power over money, could it be that more resources in the hands of more equipped women will mean a fresh wave of giving that will sweep across the world? This was the question that drove four women—Pam Pugh, Ann McKusick, Sharon Epps, and Sharla Langston—to get on the phone every Friday for months from all points across the country to pray together to discern what God might be up to with women and their wealth.

Almost 100 percent of respondents who fell into our category of women giving well said their number one motivator for giving was to be obedient to God.

Pam Pugh and her three cohorts had all spent their careers in the financial and philanthropy sectors. "We were each making career transitions, so we came together as a group of friends from Los Angeles to Atlanta." After a couple months of praying, each woman began to sense a deep inner calling to engage women in this time of growing influence and affluence to help them be free to live and give in God's image. The prayer was really simple," says Pam. "It was, 'Lord, show us your heart for women.' This prayer took us off on the roller coaster ride of our lives," she says.

Within three months the four women formed Women Doing Well for the purpose of commissioning a research study on Christian women and their wealth, a first of its kind. The study was conducted by Dr. Amy Sherman of the Sagamore Institute and Baylor University's Institute for Studies of Religion.

"We were praying for 300 responses, so we were all blown away when we received 7,336 responses," says Pam. "That alone showed us that women wanted to talk about their wealth. They want to talk about how to steward all that they have, including their money, in order to make the world a better place."

TCW talked with Pam Pugh about how women can leverage their money in profound, Kingdom-building ways.

The "Directions in Giving" study shows that women around the world are wealthier and have more power with money than ever before. And yet many of us don't feel wealthy. How can we begin to see ourselves as wealthy even if our bank accounts don't look like it?

Giving to fewer organizations in a more focused and strategic way equated to a woman feeling more fulfilled in her giving.

In workshops, I sometimes use a perspective-setting tool. This is especially helpful with children and young adults. If you go to Global Rich List, you can enter your income and your net assets, and it will show you where you rank on the world scene. My college-aged daughter, with her very modest income, is in the top 16 percent of the world's wealthiest. So it puts it in perspective. We're all wealthy in many respects.

What makes some women more generous than others? Is it just the size of their bank account?

When we looked at women who enjoyed giving and felt confident that they were making the world a better place through their giving, we saw six key attributes of a "woman giving well." First, the woman who gives well has a deep growing spiritual life. The closer she grew to God, the more her giving increased. As a matter of fact, almost 100 percent of respondents who fell into our category of women giving well said their number one motivator for giving was to be obedient to God.

Second, the woman who has a strong, clear sense of her personal calling that directs her giving was more engaged, and it led her toward giving a greater percentage. For example, the study shows that a woman who has that strong, clear sense of personal calling was at her maximum capacity volunteer-wise (four hours or more a week), and she was moving towards her financial giving capacity, 20 percent or more of her income.

Even though your study shows that women give far more than the typical American—and even more than Christian men—women respondents still say they feel a gap exists between their capacity to give and what they actually are giving. Are there specific ways to bridge this gap so that people can reach their giving capacity?

To read more about the attributes of a woman giving well, download the Executive Summary for "Directions in Women's Giving."

It was interesting to us that the women who said "I could be giving more" also rated on the lower end of the scale in terms of clarity of what is theirs to do. God has wired us to be caretakers. We're natural nurturers and so we can quickly become overwhelmed by all the choices of what we could do. So we found that the woman who can say, "This is for me to do," becomes more engaged with her time, talent, and treasure focusing in the area of her calling. Therefore, greater giving flows out of this confidence.

Exactly. Giving to fewer organizations in a more focused and strategic way equated to a woman feeling more fulfilled in her giving. The respondents that said, "I really could be more generous," "I'm not sure I'm giving to the right organizations," or, "I'm really not sure I'm giving in alignment with my calling," were giving broadly to more organizations and feeling less fulfilled. Understanding our purpose and becoming more focused and strategic were the hallmarks of a maturing giver.

Let your "yes" be a confident "yes"

It's a challenge to become strategic and focused like that because we're bombarded with so many opportunities to give. In the course of a week, think of how many times you're asked for money, whether it's a dollar in the checkout line at the grocery store toward diabetes or to buy Girl Scout cookies. It's easy to become scattershot in our approach to giving. So how can we get more focused? What does strategic giving look like?

We start by looking at our life experiences, how God has uniquely wired us, and where he's positioned us in places of influence. We encourage women to create a giving plan. In the research, the women who had a budget and a plan for their giving were more effective, fulfilled, and engaged givers. Having a plan actually safeguards a woman because she can say yes with great confidence to an organization's request when it fits in with what she knows she's called to do, and she can also say a very confident no when it doesn't fit into what God's called her to do. Of course, we realize that things come up from time to time, so when women are developing their budget for giving, we tell them to decide on an amount for ad hoc requests. This gives her freedom to be spontaneously generous with requests that may not be in complete alignment. Generosity is a blend of head and heart.

Speaking of head and heart, is it true that women are emotional givers?

Typically, women start off as more emotional givers, but as we mature in our giving, we move from emotion-based giving to more disciplined, strategic giving. This includes time as well as financial resources. 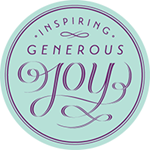 What are some ways Women Doing Well equips women to steward their money effectively?

Once women saw the research they wanted more! So, we launched a one day experience called "Inspiring Generous Joy.

Last year, we went to three different cities, speaking with approximately 150 women of influence and affluence in each city. We brought the message of inspiring generous joy and "tools that fit the hand of a woman." This year we will go to Los Angeles, Denver, Milwaukee, Dallas, and Atlanta. We are talking with women in 16 other cities about bringing the experience to their friends. 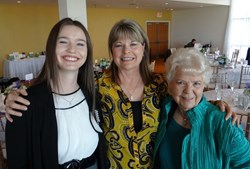 These tools help a woman discover her purpose, how to ignite her passion and begin to build a plan that glorifies God. We guide attendees in writing their two-word purpose statement and using the purpose statement as a filter for their giving opportunities. We teach the biblical basis for giving, and the joy of obedience—being quick to respond when God gives us opportunities to be generous. Women share stories about giving with their friends, bridging the giving conversation with their husband, sharing the joy of generosity with their children, and bringing giving into their workplace. It was a joyful time to hear how women are already leveraging all that they have for the good of others and the good of the kingdom, and to give them a place to share and talk about that among their girlfriends.

"It's like this network is growing and we're all finding each other, and this community is being built. All my decades in financial services and philanthropy, I've never seen a time in which women are more ready to give and to give well!

Why do you think this is happening now?

God has wired women to be generous; it's our nature. From the minute we get up each morning, we're all about helping and doing for others. I wonder if he's purposefully growing our capacity as never before because he knows we'll give. Maybe this is God's plan for resourcing ministries so that the many needs out there from clean water to evangelism will be met. The present reality is this: If women gave a concentrated percentage toward the problems we face today, many of these issues could be funded within five years or less, and that's just with women giving. 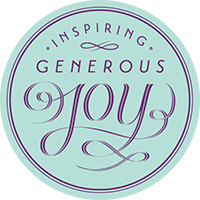