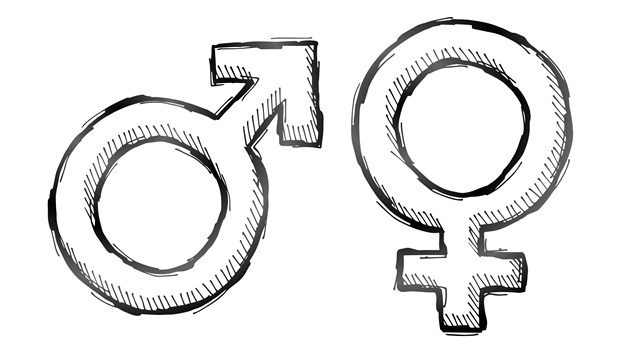 What makes for a healthy Christian marriage? What's the biblical role a woman should play? Or does there even need to be a gender-defined role?

Depending on who you ask, you might get wildly different answers to these questions. Some focus on the liberty both men and women find in Christ, stressing equality as well as mutual love and respect in marriage. Others emphasize God-ordained, gender-tied functions of leadership and submission, highlighting distinct but equally valuable roles for husbands and wives. Toss into the mix extreme views that relegate women to quiet-subservient-little-mouse status or exaggerated stereotypes of bra-burning, husband-dominating feminists, and you've got quite a mess to wade through!

So what's the correct view? How ought I best approach my marriage? These are questions I've wrestled with since even before I was married—when I was an earnest, ideals-driven, single university student. And, through Bible study, research, prayer, and discussions with pastors and mentors, I've come to a conclusion. . . . and then, as life continued on, I've leaned toward another conclusion . . . and then, sometime later, I've swayed back again . . . and so on. The truth is, these aren't easy matters to navigate. And now, a decade and a half into marriage, I'd say I've forged somewhat of a hybrid position: I'm a complegaltarian.

The truth is, these aren't easy matters to navigate. And now, a decade and a half into marriage, I'd say I've forged somewhat of a hybrid position: I'm a complegalitarian.

A what? you ask? A complegaltarian. (Yes, I made that word up.) It's the best way I can explain my stance toward two different, Scripture-based understandings of Christian marriage: the complementarian view and the egalitarian view.

It's important, right off the bat, to distinguish the complementarian view from an ultraconservative, traditionalist stance which may view women as secondary in importance to men. That is not the case with biblical complementarianism. In the complementarian view, men and women are both of equal, intrinsic value before God— and are also both of equal value and importance within the marriage. However, they are understood to have different, complementary roles or functions, with the husband serving as the spiritual leader in the family. An egalitarian view of marriage, on the other hand, focuses on equality within marriage without distinct roles based on gender. Both the husband and wife lead the family collaboratively, stressing mutual submission to each other.

And, ya know what? I know both complementarians and egalitarians who have a lot to offer on the subject of marriage—whose relationships are healthy, vibrant, and exemplify the love of Christ. And so rather than arguing about how to parse Greek verbs or what the heck being saved through childbearing actually means (uhh. . . what?!), I invited two friends to join in on this discussion of marriage for Today's Christian Woman.

First, I spoke with Trillia Newbell, the lead editor of Karis, the online women's channel for The Council on Biblical Manhood and Womanhood (CBMW) and a consultant on women's initiatives for The Ethics and Religious Liberty Commission of the Southern Baptist Convention. I also talked with Jenny Rae Armstrong who is a curriculum author for Christians for Biblical Equality (CBE), creator of the "Equally Yoked" blog series, and who recently worked with CBE to train church leaders in Africa. I asked Trillia, who is complementarian, and Jenny, who is egalitarian, to share a bit of their own experiences and to help clear up some of the common misunderstandings often perpetuated about their stance on marriage.

"A really common misconception about the complementarian view," Trillia says, "is that wives are like doormats without brains, as if we're always saying, 'Okay, dear, I'll do whatever you say!' But I'm actually a very strong person."

Just as bad, in Trillia's opinion, is the misconception often perpetuated about husbands with a complementarian view of marriage. She laments the suggestion "that we're these wimpy women submitting to foolishness and our men are like cavemen, like tyrants, lording over us. That's just not how it is." Speaking from her own experience, she says, "My husband is a servant—a servant-leader."

Abuse has no place—absolutely no place—in a complementarian understanding of biblical marriage.

Like Trillia, I bristle at this misconception, especially when people wrongly link complementarianism with abuse (or when people pervert Scripture to justify marital abuse). Abuse has no place—absolutely no place—in a complementarian understanding of biblical marriage.

I observed just the opposite in my parents' (complementarian) marriage, which has served as a powerful example for me. In my parents I've seen a marriage built upon mutual, sacrificial love; leadership expressed through servanthood and encouragement; respect expressed through kindness and honesty; submission that looks an awful lot more like teamwork; and a strong sense of valuing, honoring, and treasuring each other.

The implication that an egalitarian view is not the "biblical" view is a common one that I, too, often hear perpetuated in Christian radio shows or read in books and Bible studies. And, to be honest, I once thought the same thing. Grappling with gender-related passages like Genesis 3:16; Ephesians 5:21–33; Colossians 3:18–19; 1 Timothy 2:11–15; and 1 Peter 3:1–7; it seemed to me that an egalitarian viewpoint could only be held if one conveniently skipped over those sticky passages, explained them away through questionable exegetical high jinks, or simply didn't take Scripture seriously. But, through research and study, I've learned that there are legitimate, scholarly answers to the tough gender issues in those passages that can buoy an egalitarian view just as strongly as the widely-accepted and equally scholarly complementarian interpretations of these passages. (For example, consider this egalitarian article or this one).

Based on her own study of Scripture, Jenny, who is currently a seminary student, concludes, "I believe that the Bible, when taken in its entirety, teaches an egalitarian understanding of men and women."

"Another common misconception about an egalitarian view of marriage, which I think is partly a reaction against second-wave feminism of the '60s and '70s, is that it's basically about women just wanting to do what they want when they want to do it," Jenny says. "But really, the egalitarian view isn't about everybody doing their own thing. It's actually about mutual submission."

She explains, "The question isn't 'should wives submit to their husbands?' Because, yes, they absolutely should, within godly limits." But highlighting a difference between her egalitarian position and the complementarian view, Jenny continues, "The egalitarian view is that men are to submit to their wives as well."

"The question is whether the husband is called to 'rule over' his wife in some way, benevolent or otherwise. While we see God describing this in Genesis 3, egalitarians point out that this is one of the negative consequences of the curse, something Jesus ultimately came to set us free from," Jenny clarifies.

"This isn't about not submitting," she says, but rather, it's about "the husband and the wife submitting to one another out of reverence for Christ, each one laying down their self-interest for the benefit of the other, instead of one of them setting the family's agenda and expecting the other one to get on board."

But in her complementarian view, sacrificial love and service to each other are expressed in and through their particular roles as husband and wife.

"We take Ephesians 5 quite seriously," she explains. "While we believe God is calling wives to submit, he is also telling husbands to love their wives like Christ loves the church—which is a completely sacrificial love." Trillia points out Scripture's call for men, in essence, to die for their wives, saying, "God is calling me to submit, but not to a tyrant! To a loving husband. If he's not fulfilling his role too" (she chuckles lightheartedly), we will have a discussion."

Ultimately, Trillia says, she and her husband look to Scripture for guidance. "It's just a comfort to be able to go to the Word and say, okay, this is what it says. And then to ask ourselves, are we walking it out?"

Both Trillia and Jenny feel blessed and grateful to be in healthy and encouraging marriages and both find that they are usually in agreement with their husbands about important matters. It's in those rare moments of strong disagreement that their complementarian or egalitarian perspective finds its most distinct expression.

"If we have a disagreement and can't come to terms with each other, basically one of us will just cede to the other person. We'll let the person who it impacts the most make the decision, or the one who cares most deeply about it," Jenny describes. "That's an expression of mutual submission; both husband and wife should be willing to submit to each other out of love." Jenny also stresses the idea of building consensus or, if agreement cannot be reached easily, of intentionally waiting to make a decision.

Trillia and her husband also work to find consensus. She explains, "He's my husband—but he's also my friend, he's my lover, he's my brother in Christ. So if we disagree, I'm going to share my thoughts and voice my concerns. We're in a marriage. But when the disagreement is about a decision that has to be made—that's where the rubber meets the road for me. My husband values what I'm thinking and I will express my concerns, but ultimately I'll submit to him."

While I lean more toward the egalitarian understanding of Scripture's ultimate message about women and gender, I also find great value in the wisdom and biblical insights offered by the complementarian perspective, especially in the day-to-day reality of my marriage. The truth is, I love my husband and I also respect him. If any human is a leader in my life, it's him. I look up to him. I covet his insights and trust his wisdom. And, if we were to face a tough decision, ultimately I think I'd defer to him (even if it was hard to do so).

So this is where I've landed: in somewhat paradoxical and category-defying "complegaltarianism." Because even though there are differences between the complementarian and the egalitarian understandings of biblical marriage—and, in some cases, sharp disagreement—there are also critical areas of common ground we all can learn from. Both stress truths that are essential in a healthy marriage: fidelity to Scripture, honoring and valuing your spouse, selfless and sacrificial love, and—ultimately—.

Kelli B. Trujillois a TCW regular contributor. Her Bible study, Enrich Your Marriage, can help both complementarians and egalitarians build healthy relationships. Join her in conversation at KelliTrujillo.comand follow her on Twitter @kbtrujillo.