Defining gender roles as Jesus would
Timothy and Kathy Keller 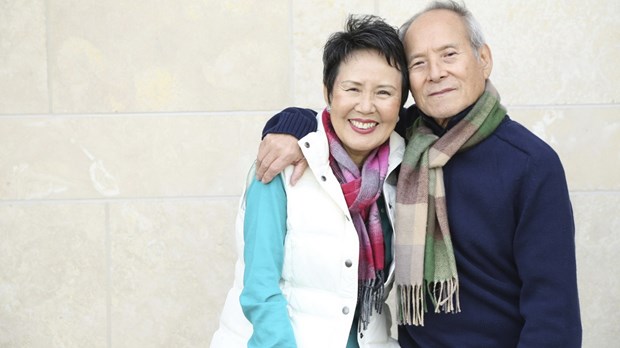 Inside a real marriage there will be conflicts rooted in gender differences that are seismic. It is not simply that the other gender is different; it's that his or her differences make no sense. And once we come up against this wall of incomprehensibility, the sin in our heart tends to respond by assigning moral significance to what is simply a deep temperamental difference. Men see women's need for "interdependence" as sheer dependence, and women see men's need for independence as pure ego. Husbands and wives grow distant from one another because they allow themselves to engage in a constant, daily drumbeat of thoughts of inner disdain for the gendered difference of their spouse.

But Jesus gives both a pattern and a power to change all of this.

The Cross and the Other

Christ embraced the ultimate "Other"—sinful humanity. He didn't exclude us by simply consigning us to judgment. He embraced us by dying on the cross for our sins. To love the Other, especially an Other that is hostile, entails sacrifice. It means sometimes experiencing betrayal, rejection, and attacks. The easiest thing is to leave. But Jesus did not do that. He embraced and loved us, the Other, and brought us into a new unity with himself.

Knowing this kind of gracious, sin-covering love gives believers in the gospel of Christ the basis for an identity that does not need superiority and exclusion to form itself. In Christ we have a profound security. We know who we are in him, and that frees us from the natural human impulse to despise anyone who is significantly different from us. This enables us to embrace rather than exclude those who differ from us, and that especially goes for our spouse, with all his or her mysterious and often infuriating differences.

The family model in which the man went out to work and the woman stayed home with the children is really a rather recent development.

This is one part of the glory of marriage, in the biblical conception. Two people of different sexes make the commitment and sacrifice that is involved in embracing the Other. It is often painful and always complicated, but it helps us grow and mature in ways no other experience can produce, and it brings about deep unity because of the profound complementarity between the sexes. This has nothing to do with who brings home the biggest salary or makes the most sacrifices to care for the children. The family model in which the man went out to work and the woman stayed home with the children is really a rather recent development. For centuries, husband and wife (and often children) worked together on the farm or in the shop. The external details of a family's division of labor may be worked out differently across marriages and societies. But the tender, serving authority of a husband's headship and the strong, gracious gift of a wife's submission restore us to who we were meant to be at creation.

Embracing the Other at home

This all may sound inspiring on paper, but how does this idea work itself out in the actual life of a marriage?

First, you have to find a very safe place to practice headship and submission. I say this because I am not unaware of God's warning that sin will lead men to try to dominate women (Genesis 3:16). Therefore it is crucial that women who want to accept gender-differentiated roles within marriage find a husband who will truly be a servant-leader to match her as a strong helper.

Therefore it is crucial that women who want to accept gender-differentiated roles within marriage find a husband who will truly be a servant-leader to match her as a strong helper.

We are all familiar with watching stunts or action sequences on television or in movies that come with the "Do not try this at home" disclaimer attached. Gender roles are the exact opposite: "Only try this at home or within the community of believers, the church." It is only safe for us sinners to attempt to resume our royal heritage and our creation gifts of gender roles where resources such as repentance and forgiveness can be (and very often will need to be) accessed.

I will never be one to dismiss or make light of the horrible record of abuse suffered by women at the hands of men who wielded twisted and unbiblical definitions of "headship" and "submission" as their primary weapon. The church should not overlook or minimize one iota of that suffering, but I would beg that we not throw the baby out along with the dirty bathwater. Bail bathwater, by all means available, but save the baby, which in this case is the rightful acceptance of gender roles as Jesus has both defined and embodied them.

The home, then, can become a window into a restored and redeemed human society in which our different gender roles lead to a deeper understanding of ourselves and a deeper melding with the Other. Within that context of marriage-as-ministry, wives are told to "submit" to husbands and husbands are told to "head" their wives.

While the principle is clear—that the husband is to be the servant-leader and have ultimate responsibility and authority in the family—the Bible gives almost no details about how that is expressed in concrete behavior.

There's no case for masculine and feminine stereotypes

Second, you and your spouse should grasp one of the most startling aspects of the biblical teaching on gender roles in marriage. While the principle is clear—that the husband is to be the servant-leader and have ultimate responsibility and authority in the family—the Bible gives almost no details about how that is expressed in concrete behavior. Should wives never work outside the home? Should wives never create culture or be scientists? Should husbands never wash clothes or clean the home? Should women take primary responsibility for daily child care while men oversee the finances? Traditionally minded people are tempted to nod yes to these questions until it is pointed out that nowhere does the Bible say such things. The Scripture does not give us a list of things men and women must and must not do. It gives no such specific directions at all.

Why would this be? Well, consider that the Bible was written for all centuries and all cultures. If it had written rules for the roles of wife and husband in ancient agrarian cultures, they would be hard to apply today. But the Scripture doesn't do that.

What does that mean for us? It means that rigid cultural gender roles have no biblical warrant. Christians cannot make a scriptural case for masculine and feminine stereotypes. Though social scientists have made good cases about abiding gender differences with regard to the expression of emotion, the conduct of relationships, the making of decisions, different individual personalities and different cultures will express those distinctions in somewhat different ways. A man considered an authoritative father in America may look rather passive in a non-Western country. We must find ways to honor and express our gender roles, but the Bible allows for freedom in the particulars, while still upholding the obligatory nature of the principle.

For more on gender roles in marriage from Timothy and Kathy Keller, read their book The Meaning of Marriage.

Expressing basic roles in our marriage

When we moved to Philadelphia for Tim to teach at Westminster Theological Seminary, we bought a home for the first (and only) time. We shortly discovered that Tim's salary was not big enough to cover our living expenses plus a mortgage payment, so I took part-time employment with Great Commission Publications as an editor. I had to go out to work in the mornings, year round, while Tim's more flexible daily and summer schedule meant that he could be the "Mr. Mom" who got the kids off to school and watched them during the summer break. An outsider looking at our marriage might have thought a role reversal was going on, or at least a negation of our gender roles. Quite the contrary, in fact. Although the superficial details of who did what had changed, I was still bringing my gifts as a strong helper to Tim, making it possible for him to teach.

The basic roles—of leader and helper—are binding, but every couple must work out how that will be expressed within their marriage.

I can imagine two objections to what I've been saying. The first comes from a person who wants more definition: "I need more direction than this! What exactly does a husband do that the wife does not? What does a wife do that the husband does not? I need details!" The answer is that the Bible deliberately does not give answers to you, and that helps couples with more traditional mindsets to avoid falling into the pattern of simply saying, "Well in my family, this is how it was done." But you and your spouse are different people and live in a different time and probably a different place. The basic roles—of leader and helper—are binding, but every couple must work out how that will be expressed within their marriage. The very process of making these decisions is a key part of what it is to think out and honor your gender differences.

But some women might chafe under the idea of male headship: "I agree that men and women are profoundly different according to their sex, but why does the man get to lead? If men and women are equal in dignity but different, why is the husband the head?" I think the truest answer is that we simply don't know. Why was Jesus, the Son, the one who submitted and served (Philippians 2:4)? Why wasn't it the Father? We don't know, but we do know that it was a sign of his greatness, not his weakness.

I think there is also a more practical answer to the second objection and even to the first. It is our very effort to submit to the roles of servant-leader and strong helper that will help us get in touch with and honor our gender differences.

In the home, the Bible directs male and female to reflect our different gifts in our family functions—our job descriptions in the team. Wives are more directly and more often exhorted to be gentle supporters, to be encouragers (1 Peter 3:1–2, 4), and more directly and more often to lead, provide for and protect the family, but are not let off the hook for the education and nurture of the children (1 Timothy 3:4, 5:8).

These gifts can be stronger or weaker along the spectrum, but if we accept our gender roles as a gift from God, we will try to nourish our weaker abilities rather than deny them. 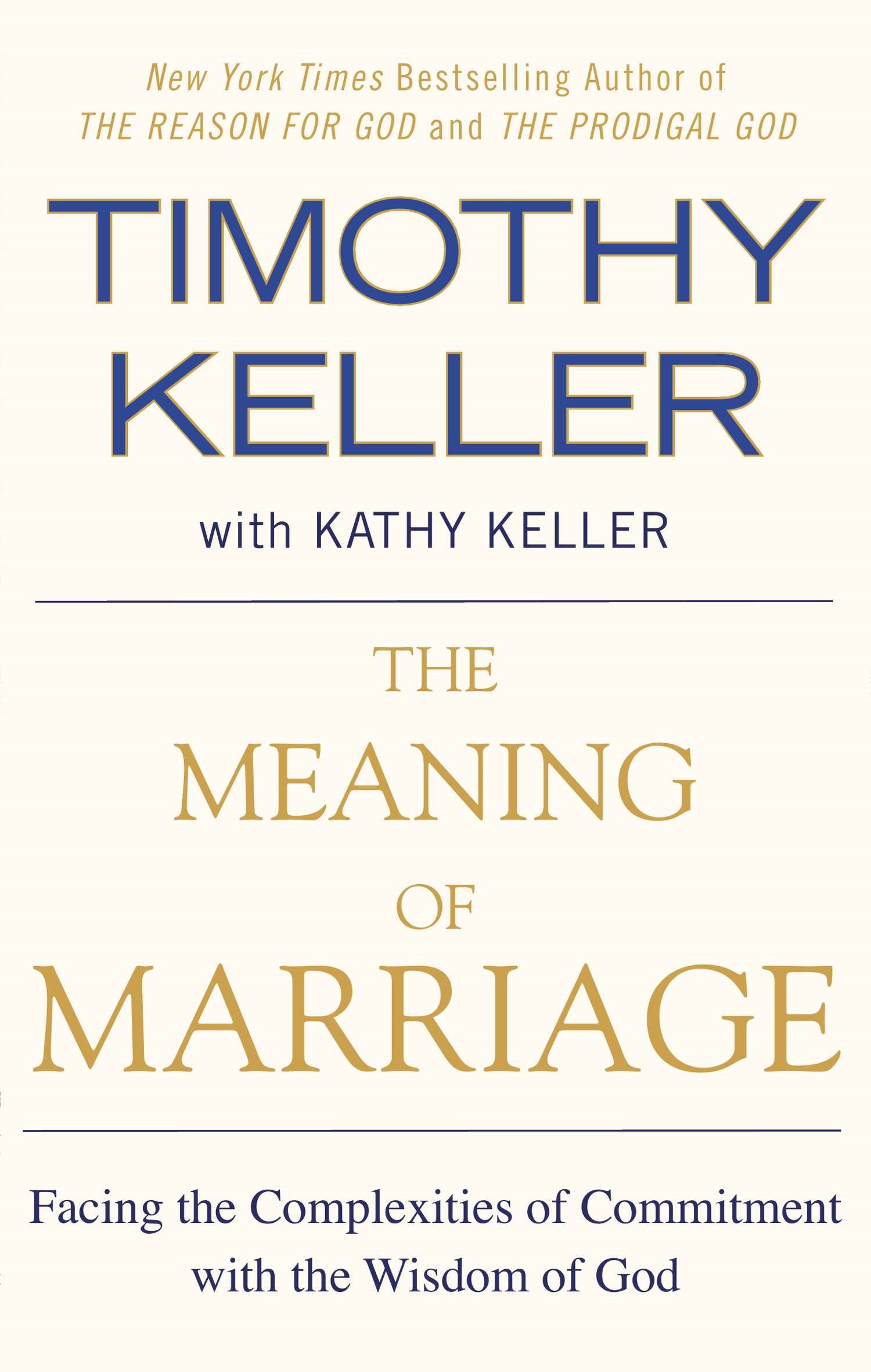