How can the church respond?
Emily T. Wierenga 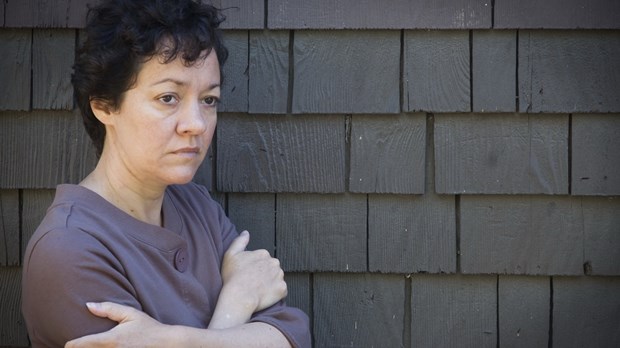 When I was little, I wouldn't eat for days at a time if I knew my friend was having a party. That way I could stuff my face at my friend's house and the kids wouldn't think anything was wrong. They wouldn't know I was secretly starving myself to death.

I wanted my mom to look at me, to tell me she loved me over and over, to give me a mirror and trace my cheeks and help me believe I was worth something, but she didn't know how, having never known it herself. So I sat at the kitchen counter bent over a textbook desiring love from my mother while her back was turned away to roll out dough on the counter.

My neighbor once saw me, just a seven year old, playing obliviously with my toys on the floor, and said, "What a big girl." I carried those words around like a bird in a cage until one day the bird got loose . . . and I stopped eating. It was a slow-stop, one that began with saying no—and that no felt good. I refused dessert. I refused the meals my mom dished up for me. I refused the spreads on my bread, and then the margarine, and then even the bread itself. And it felt good, like the ribs under my fingers that I practiced counting.

At night, I dreamed about food. My mom found me hunting for chocolates in my bedspread as I slept. I wanted her to hug me and make the fear go away, but then I grew worried I'd eat real chocolate because my guard would be let down by her soft touch. So I stopped hugging her for two years. My legs were getting thin and that was what mattered most to me, but still I dreamt about her arms around me and woke up hugging myself.

I made it clear to the world and maybe to God too: I was in control.

God didn't seem to care about my eating disorder. Really, I wanted to die—but I didn't know it until the day everyone tried to force me to eat and I refused it all. I made it clear to the world and maybe to God too: I was in control.

This is what it's like to have a mental illness. To pretend you're okay, when you're not. To wish to be normal, when you're secretly hurting—and hating—yourself. To be scared of your own thoughts.

Only the insides of your own walls know you're not okay. Only your family knows you scream at your parents and slam the door, weeping, as your sisters huddle by their beds and pray you won't commit suicide. As your brother buys you a coffee mug that says "I Love You Beary Much."

And when your dad is the pastor, the last thing you want is for others to know you're depressed and anorexic. Because who wants a messed up pastor's kid? What does that say about the pastor? (Maybe that he's human? Or maybe that the church expects too much of him and should monitor his hours and let him be home more with his family?) But as a society, we don't like to talk about these things.

And yet, finally, we have begun the conversation. Rick and Kay Warren and the Saddleback Church opened up a dialogue about mental illness this past March in light of the struggle and suicide of their son.

I love this. I love that we are finally talking about mental illness in the church.

But I hate that it took the death of a young man to do it. And I hate that he and I and others who've struggled with mental illness are "problems" that the church has to talk about.

Oh, I know no one would actually say that we're "problems"—we who take meds to calm our anxiety or who battle depression or who have to sit on our hands in order to fight the urge to hurt ourselves by starving or cutting or whatever the method is.

But the truth is, in years past, the church has silently hoped that whatever is causing all of those eating disorders and suicides would just silently slip away so she wouldn't have to deal with it.

We are all broken

The Kim Foundation reports that 26.2 percent of Americans ages 18 and older have a diagnosed mental disorder, while 6 percent of those have what's considered a serious mental illness. But these are just the brave souls who've admitted it—who've gone to the doctor and received prescriptions for depression, anxiety, schizophrenia, bipolar disorder, mood disorders, and more.

And truthfully, what is the church if not pews filled with broken people? Don't we all have issues? Don't we all struggle with sinful thoughts—with knowing how to think on things that are pure and true and noble and lovely and good (see Romans 12:2; 2 Corinthians 10:5; Philippians 4:8)?

Because of sin, our minds are messy. Sick. Hurting. And yet, some of us have become statistics.

Yes, there's no doubt that some of us struggle more than others. But we all struggle. The Bible talks about this when it urges us to take our thoughts captive and to renew our minds. Because of sin, our minds are messy. Sick. Hurting.

And yet, some of us have become statistics.

It's hard to be a mental health statistic because you feel like a bomb waiting to explode. You wonder when the next trigger will be. Will it be a fashion magazine cover you see in the line at the supermarket? Will it be a stressful conversation with a coworker or a flippant remark spoken by a loved one? What will set you off? And then there are the days when you just wake up crying and you're not sure why, but it takes all day and a lot of prayer from friends to fight the darkness.

It's also hard because you wonder if and when your illness will manifest itself in your children. You wonder, Is my son crying because his brother took his toy? Or because he feels things so deep it's like he's caving in on himself?

I was nine years old when I began to stop eating because the feelings hurt too much. My story is not as rare as you might think. According to the ADAA, one in eight children suffers from an anxiety disorder. Hormones are often the main trigger for children who are more prone to sadness, more prone to anxiety—children whose sensitive souls are left wounded more often than not.

The need to respond

I don't have the answers. Perhaps it's better not to have all the answers all the time. Medication is often needed, no doubt. But before prescribing, let's start seeing mental health statistics as people instead of objects; let's start treating the cause as well as the symptoms.

I still have bad days, but by the grace of God, I don't have to sit on my hands to fight the urge to take painful control over my life. By the grace of God I'd rather live than die most of the time. But still, I fight. Because it is a fight—it's a battle we're all engaged in. And it's a battle to we, the church, needs to respond to.

Emily T. Wierenga is an award-winning journalist and the author of five books including the travel memoir, Atlas Girl: Finding Home in the Last Place I thought to Look, releasing July 2014 (Baker Books). She speaks regularly about her journey through anorexia, and lives in Alberta, Canada with her husband and two sons. You can find her on Twitter, Facebook, or Pinterest, or at her blog: www.EmilyWierenga.com.