More than 100 million women are “missing” because of infanticide
By Marian V. Liautaud 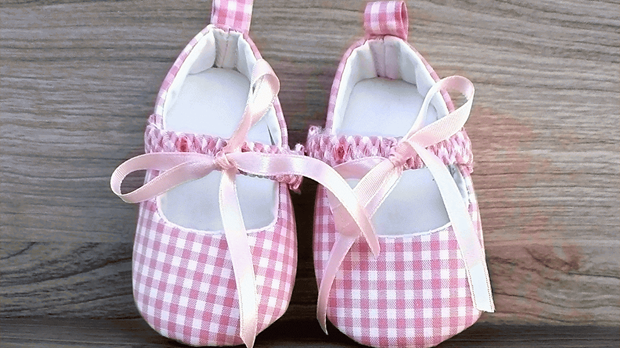 On the first night of Puneet Bedi’s rotation as a medical school student at a Delhi hospital, he was assigned to the obstetrics ward. A wide-eyed 20-year-old, he was excited and overwhelmed by the prospect of becoming a doctor responsible for human life. He hoped he would get to witness a birth.

Just minutes after arriving at the hospital and catching his first glimpse of the labor room, a cat leaped past Bedi with something bloody dangling from its mouth. It wasn’t until he saw a 5- or 6-month fetus carelessly discarded on an uncovered tray, lying in a pool of blood, that he realized what the cat had eaten.

As the night wore on, Bedi witnessed more abortions than births, and all of them were performed on women who were at least halfway through their pregnancies. When he finally worked up the nerve to ask a staff member why he had seen a cat eat a fetus and why so many fetuses were being disposed of improperly, he received a terse explanation: because they were girls.

As the night wore on, Bedi witnessed more abortions than births, and all of them were performed on women who were at least halfway through their pregnancies.

Three decades later, Bedi recounted this experience to Mara Hvistendahl, a science journalist based in Beijing, who included his story in her book Unnatural Selection: Choosing Boys Over Girls, and the Consequences of a World Full of Men (Public Affairs, 2011). What Bedi stumbled on that first night at the hospital, and what Hvistendahl uncovered through extensive research for her book, is a chilling reality: girls are being eliminated at a stunning rate throughout the world by sex-selective abortions.

In countries that have long favored males over females, such as China and India, discovering you’re having a girl is tantamount to a death sentence for the unborn child. Until this past year when China eased its one-child policy after 35 years, couples have increasingly relied on the illegal use of ultrasound technology to determine the sex of their unborn child. If they learn they’re having a girl, very often a husband and wife will abort the girl (done by lethal injection into the mother’s womb or the fetus’s fontanel) and try for a boy later.

If this method fails, says Stephen Mosher, president of the Population Research Institute and author of A Mother’s Ordeal: One Woman’s Fight Against China’s One-Child Policy (Perennial, 1993), in an interview with LifeNews.com, female infants are drowned or smothered as they emerge from the womb, before they have a chance to draw their first breath. Pictures of a dead baby floating in a bucket of blood and water, revealing the brutal methods of infanticide, circulated around the world in 2012 via Weibo.com, a Chinese social media platform.

This “deliberate extermination of persons of a particular sex” is called “gendercide.” So named by the American feminist Mary Anne Warren in her 1985 book Gendercide: The Implications of Sex Selection (Rowman & Allanfield), gendercide is notoriously common in northwestern India, rampant in China, and happening—though not widely reported—in virtually every country on the planet.

According to the United Nations, there are far more men than women on the planet. The gender gap is especially pronounced in Asia, where there are 100 million more males than females. This may come as a surprise to people in the Western world, where women outnumber men because—other things being equal—the mortality rate for women is lower than for men in all age groups. Nobel Prize–winning economist Amartya Sen calls it the mystery of Asia’s “missing women.”

“If abortion referred to the legal killing of evangelical pastors and their families, they would cut through the sophistry quickly and have much to say about it as a biblical and gospel issue.”

When Sen first added up the missing women—women who would exist today if it were not for selective abortion, infanticide, and economic discrimination—he put the number at 100 million. Other demographers say this number is closer to 200 million.

In 2005, French demographer Christophe Guilmoto calculated that if Asia’s sex ratio at birth had remained at its natural balance of 105 boys to 100 girls (boys are slightly more vulnerable to childhood diseases, so the ratio of boys to girls evens out by the time they’re of marrying age) over the past few decades, the continent would have an additional 163 million females. The combination of ultrasound and abortion, however, has claimed these lives. This is the equivalent of the entire female population of the United States.

“No more girls at the mall or in supermarkets, in hospitals, boardrooms, or classrooms,” says Hvistendahl. No more moms, no more sisters, no more nieces, no more aunts, no more girlfriends, no more me.

While millions of baby girls’ lives are snuffed out before they even see the light of day, the church in America remains disconnected from the war on women because we’re embroiled in our own skirmishes. The debate over women’s roles is “the perfect distraction in our Western culture to keep us from bringing the message of God to the world,” Carolyn Custis James, author of Half the Church (Zondervan, 2011), told me in an interview.

John Ensor, author of Innocent Blood: Challenging the Powers of Death with the Gospel of Life (Cruciform Press, 2011), thinks the church is distracted for other reasons. “Abortion is the defining experience of this generation,” he says. “But here, evangelical leaders have created sophisticated theologies to sidestep the obvious demands of love, calling abortion a political issue or even deceiving themselves that they have a higher, more gospel-centric mission that allows them not to address it at all. It’s all an evasion. If abortion referred to the legal killing of evangelical pastors and their families, they would cut through the sophistry quickly and have much to say about it as a biblical and gospel issue. Abortion is about the shedding of innocent blood and blood-guilt. And so is the Cross.”

War looks very different depending on what side of the battle you’re on.

Ensor says his mission—and it should be ours too—is to instruct and inspire the church to hear what God says about child-killing, and to obey it, no matter the cost. “That means not aborting our own babies (boys or girls) and not acting like Pilate when it comes to the death of the innocent in our church and neighborhood.”

War looks very different depending on what side of the battle you’re on. For women in China, India, and other places in the world where girls have little value, the war on women is a fight to save millions of lives that are being ended. In America, it’s viewed as a battle for rights. Instead of the two sides coming together to rescue preborn girls from peril, gendercide remains merely a political lightning rod. And both sides, Republicans and Democrats, pro-life and pro-choice, continue to dig their heels in further.

“Each side propels itself toward areas that are hardest to find agreement on because they’re the areas that seem to be defined as most important,” says Nicholas Kristof, co-author with Sheryl WuDunn of Half the Sky (Alfred A. Knopf, 2009). “On both sides it’s going to involve a certain amount of holding one’s nose with one hand, and shaking hands with the other. There are going to be profound areas of disagreement.”

Instead of entrenching on issues that are divisive, why not find areas where we share common ground, such as maternal health, he suggested. “Both sides think women shouldn’t die in childbirth; both agree that women should have their fistulas repaired. Whether you’re pro-life or pro-choice, everyone can agree these are issues that should be solved.”

Kristof may be right—both sides would probably make real progress on addressing oppression against girls and women if we focused on areas of agreement rather than continually spending our energy on issues where the river is too wide to cross. And doing something to lift women out of oppression is better than doing nothing.

The Church and the Gospel

Rick Warren says churches everywhere in America can become champions of this cause. “The key thing is first to find a person who hears about this issue and says, ‘That makes my blood boil.’ When someone comes to the pastor and says, ‘Pastor, we need to do something about this,’ they are revealing their own shape, their own calling and passion. Instead of just saying, ‘We can’t do anything in that area,’ we need to empower them to volunteer and get moving in a simple way.”

For millions of unborn girls around the world, the kingdom of God will need to advance more quickly.

Then pastors need to preach on the issue, he says. “Not every week, but he needs to do a sermon,” Warren suggests. “Lots will do Sanctity of Life Sunday, which is a good thing. But rather than talk about overturning Roe v. Wade in America, we also need to talk about what’s going on around the world.”

Along with preaching on the horrors of gendercide, church leaders would do well to remember and minister to the millions of walking wounded—the men and women in our own country (and abroad) who have endured abortions or have been complicit in one.

“The consequences of the one-child policy are more than physical—they are deeply spiritual,” says Chai Ling, founder of All Girls Allowed, a Christian advocacy group fighting to end forced abortion and gendercide in China. “As innocent life is shed, the whole ground cries out, as the Lord describes to Cain after the murder of Abel.” In the same way, the shedding of innocent blood is preventing the church from being more fruitful for the gospel, she believes.

But we are confident, says Chai, that “as the church turns from death toward life, and as they witness to others about the abundant life that can be found in Christ, the kingdom of God will advance all the more.”

The wheels of cultural and spiritual change turn slowly, though, and technology is bearing down. For millions of unborn girls around the world, the kingdom of God will need to advance more quickly. Time is not on their side.

This article was adapted from The War on Women. © 2012 Christianity Today. Used by permission.