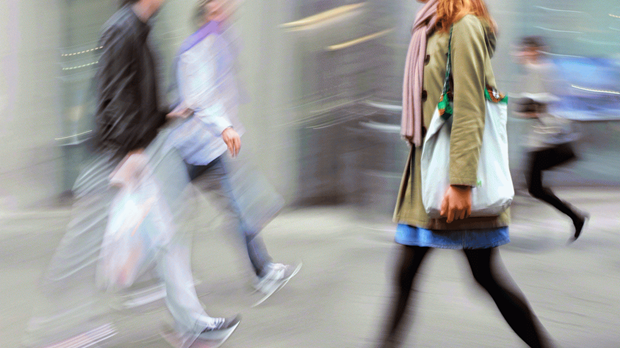 Ten years ago, as I began to write and speak on the subject of singleness, I was asked to participate in a conference titled “Sex and the Supremacy of Christ.” In the conference advertisements, my face was pictured right along with those speakers whose names people actually knew.

One of my friends called me when she first spotted this conference promotion. “What in the world are you doing speaking there?” she said, laughing. “You’re not having any sex!”

The "Problems" of Singleness?

Sex sells everything. Add an image of a sexy man or woman to whatever you are trying to sell, and you have the attention of consumers. Faithfulness? Self-control? Not so much.

Not even, sadly, in many quarters of the church. Adults who are currently single, following Christ faithfully in their sexuality, are not often celebrated for their theology or their Spirit-empowered self-control. They aren’t typically given positions of leadership, nor sometimes included in social invitations. In a coupled-up world, people love to fix the “problem” of singleness, but few see it as a glorious opportunity to make the most of Christ’s name in a sex-saturated world.

And I assume, dear readers, that group includes all of us.

In a coupled-up world, people love to fix the “problem” of singleness, but few see it as a glorious opportunity to make the most of Christ’s name in a sex-saturated world.

I didn’t become a Christian until I was 30, so I was not concerned about self-control or faithfulness in those earlier years. Therefore, when I became a Christian and was shortly asked out by a non-Christian client, the rest of my coworkers campaigned for me to share one important truth with him: “You’re not normal! You have to tell him you’re not normal!”

No wonder the Barna polls tell us single adults within evangelical churches can be as sexually active as those who are not within the church. It’s hard to do the right thing when there are so few people celebrating that decision.

But it’s still vastly important to one person who is watching and celebrating—the One who began a good work in us and will bring it to completion ().

Sex is a gift from God. He created our biology and gave us this powerful desire for a reason. Sex points us to the mystery of intimacy and union. It connects two selfish people in a fallen world through an incredible physical union. But selfish people living in a fallen world always ruin God’s good gifts on some level or another, either abusing the gifts or worshiping them. To be alive today means you can’t escape this response to sex—it is literally everywhere, a constant temptation, and an ongoing reminder of what you’re missing, or even a reminder of serious sexual sin against you.

So what’s the point? How are single adults supposed to be faithful to the boundaries we find in Scripture when it’s so hard to do?

The first and most important thing is to put sex in its place. By that, I mean to think of it in the eternal scheme. Here’s a really important point to keep in mind: If you are single today, you are not missing out on anything that goes on into eternity. Marriage is only for this life (). It is a gift that ends in death, as do the righteous boundaries surrounding sexual activity that we find in Scripture. So if you are single, you have not been overlooked for the most important gift; you already have all that it points to in the mystery of Christ and his church. Wrap your mind around these thoughts as the “true north” in your life.

But selfish people living in a fallen world always ruin God’s good gifts on some level or another, either abusing the gifts or worshiping them.

But we are pilgrims in this life. We still slog through the everyday temptations and the reality of hormones and desires. And we have an Enemy who wants to make sure we doubt God’s character and his love for us, and who wants to trip us up so he can accuse us to God’s face. We can’t ignore that we’re on a battlefield, carrying large targets on our backs. When viewed this way, our choices to be faithful to God’s boundaries for sexual activity are cosmic, not insignificant.

That’s why I think it’s important to recognize the idolatry of this age makes it harder than in many other eras. Our culture constantly tells us sex is the highest good, without which we are lesser beings. But many in the church also promote a type of idolatry when they value the nuclear family more than the spiritual family of God—when they forget our bonds as brothers and sisters in Christ continue into eternity while marriage ends here. Acknowledging idolatry’s existence helps to keep the “true north” ever before us so we won’t be easily discouraged.

Even so, there are times I’ve told God: “Yeah, I know you are perfect love. But I still want to be married to a flesh-and-blood man and experience intimacy here. And yes, I know that means I think it’s better to marry a fellow creature and sin against him and be sinned against in the normal course of marital conflict. I know that’s the lesser thing, but it’s the real thing! So help me in this struggle to trust you—help my unbelief!”

Everyone experiences days when you just want to chuck it all to the wind. The battle for sexual fidelity is really hard. And please notice I said fidelity and not purity. Fidelity simply means “faithfulness,” and that’s what is required of all Christ followers, married or not. We are to be faithful to God’s good boundaries and to the commitments we make to one another both within and outside of marriage.

Fidelity is the standard for every season of life, and it’s not possible without God’s grace. Fidelity covers a range of previous personal experience, too, because it points the way forward, rather than pointing accusingly at the past. It is the big umbrella under which we all stand, a throng of forgiven people whose stories of redemptive grace are each very different.
So look around at those who are huddled with you under that big umbrella—these are the faces of those God has given you to be your support network. I know it can feel risky to open up and tell people what’s really going on, whether in deed or in thought. But “the temptations in your life are no different from what others experience” ().

Fidelity is the standard for every season of life, and it’s not possible without God’s grace.

You may be a victim of sexual abuse now or in the past and are scared to talk about it. You may be thinking your sexual behavior is no big deal, but your conscience and your spirit say otherwise and you don’t want to be judged. You may be very discouraged that you are in midlife and still a virgin, thinking you are simply a joke by now and unsure if God will ever answer your prayers. Those fears are real, in the sense that you feel them and the risks you perceive really could materialize.

But what you really need to know is that what is kept in the dark—isolated, alone, and untouched by the healing light of God’s truth—is the tool of your spiritual Enemy. He can’t accuse you of what you have exposed to the light, confessed, and received forgiveness for, but he can make an enormous trap out of what is still hidden.

Therefore, gather honest friends around you—friends who are humble and know the mercy they have received—and have them pray for you, network for resources, and ask good, hard questions. It’s a tremendous blessing to have a support system. It’s also a good reality check when your married friends let you know it’s just as hard for them to be sexually faithful with mismatched sex drives, crazy family schedules, simmering conflict, shifting physical attraction, and “shiny new toys” that seem so much better than the mates they already have.

Above all, rest in this truth from Psalm 84: “For the Lord God is our sun and our shield. He gives us grace and glory. The Lord will withhold no good thing from those who do what is right. O Lord of Heaven’s Armies, what joy for those who trust in you” (verses 11–12).

Carolyn McCulley is the author of The Measure of Success and Radical Womanhood: Feminine Faith in a Feminist World. She is a frequent conference speaker and the founder/owner of Citygate Films LLC, a documentary film production company based near Washington, D.C.