What should I do with raging hormones?
Shea Gregory 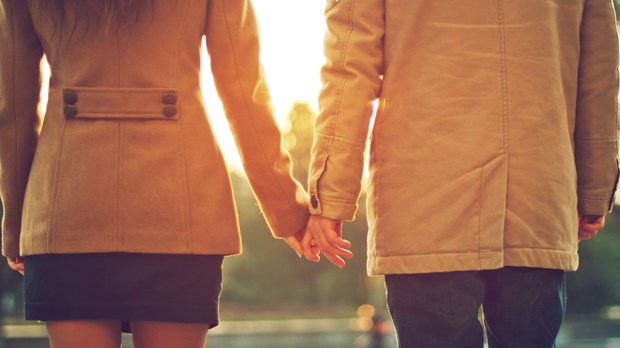 My friend Diane got married recently. Walking down the aisle, smiling big, she winked as she passed me. She was stepping into a new season of life—a husband, a new home, new responsibilities … sex. I chuckled at the thought of the "s" word. Diane and Bill hadn't even kissed yet. They wanted to wait until their wedding day. Hence, their dating intimacy had consisted of lingering handshakes, brief hugs, and very few moments completely alone together. "We hold hands and look at each other a lot," Diane once confessed. (Oh, please!) To this day I shake my head every time I think of it.

We've always been different, Diane and I. My mind drifts to the time when a man like Bill was nothing more than a whisper of hope hidden in Diane's heart. Back then we talked about men, marriage, romance, and sex. I was the verbal one; Diane, more modest. I'll never forget how her mouth flew open when I approached our pastor's wife with a fairly provocative question about sex. "I don't want to hear this!" Diane protested adamantly. She covered her ears and stomped away before the pastor's wife could answer. Me? I had no shame. God would send me a husband one day; I wanted to be ready!

Diane says I think about sex too much and must learn to master my bodily urges. I tell her I'd rather let a man do that. She says I'm carnal. I say I'm passionate. She says I must wait on God. I tell her I think God's watch must be broken because he's running a bit late. She says I'm silly because God invented time and doesn't even need a watch. I hate it when she gets theological on me.

My friend Diane says I must learn to master my bodily urges. I tell her I'd rather let a man do that.

A few years ago, Diane and I signed up for a women's conference at our church. The subject was holiness, being set apart for God's unique purpose in our life. The host of the gathering, a cheerful little lady with sparkling eyes and a bright smile, told us we needed to yield every area of our life to Christ, including our sexuality. The ladies in the room—several of whom were married—nodded their heads in agreement. I looked around. Easy for them to say! As for the others—was chastity really that easy for them?

I'd accepted Jesus as my Savior years before. I'd left my boyfriend behind and started a new way of life. I truly loved God. But my hormones were going crazy, and I desperately desired to share my life—and my body—with someone special. So there I sat, feeling like some carnal beast among this lofty group of good Christian ladies.

Finally, it was question and answer time. I swallowed hard and bit my lower lip. Diane looked at me and furrowed her brow. "What are you thinking?" she whispered. "I know that look. Don't you dare embarrass me!"

"Shhh!" I motioned to her harshly.

"You're going to say something about sex!"

I mouthed the words to her, "I want to have sex."

"I want to have sex," I said plainly to everyone and to no one in particular.

A dead silence descended upon the room.

"Excuse me?" the speaker chirped.

Diane put her head in her hands. I continued. "No offense, ma'am," I said, "but how do you handle not 'doing it'?"

A few gasps rippled through the room. Suddenly I became embarrassed, but there was no turning back now.

I looked around me. Some women had their heads down. Others had turned various shades of red. In an instant my mouth went dry. I felt like a fool and was about to apologize, when I saw her. We locked glances across the room, and her big brown eyes implored me to go on. She nodded in approval. She understood. A kindred spirit! I felt empowered.

Looking at the host, I continued, "It's like no one wants to talk about it. You make chastity sound so easy, but it's not. There are nights," I whimpered, "when I'm so lonely, all I can do is hold my Bible close and cry. I love God, really, I do. I just. …" I didn't know what else to say. I felt small again, and ashamed. Why was this area of my life so difficult for me? I looked around the room. Eyes that had avoided me earlier now looked knowingly into mine. Perhaps I wasn't so alone after all.

"I know what you mean," a voice said. My kindred spirit stood up, her eyes full of tears. "Sometimes it's all I can do to hang on."

"But you do hang on," someone replied. "Maybe that's what counts."

"Sometimes I don't," I said softly. Sometimes my mind lingered unashamedly on intimate memories. Sometimes guys from the "old days" called, seemingly on cue, to test my resistance. Sometimes I was strong—but sometimes I acquiesced and hated myself for it. I didn't go "all the way" anymore, but I'd compromised my integrity too many times. Although there'd been no recent incidents, my body screamed daily. I knew I stood on the cusp of falling at any moment.

As I considered my shortcomings, conversation began. I listened, amazed, as one woman after another shared personal stories of struggle, triumph, and even failure to maintain purity. We laughed and cried together, candidly discussing how to stay pure amidst raging hormones. The need to dress sexy and be sexy calls to us from every arena—magazines, books, media. The message we receive is that sex outside marriage is healthy, it feels good, and of course, everybody's doing it. For those of us who've tasted the delight of physical intimacy, finding satisfaction in life without it can be a challenge.

Is it possible to be content when something you want so desperately seems so out of reach? The answer, we concluded, is yes! Contentment comes by trusting with every ounce of our being that God wants what's best for us and will supply it at the proper time.

Choosing to live celibate during this season of life allows me to focus on God's will—to rely on him in times of loneliness and doubt. When my body aches for affection, I run to him, talk to him, and cry to him, learning to allow his arms to hold me. And in the end, there's nothing more satisfying than succumbing to the love of my Creator.

That day, I discovered I'd been putting my life on hold while I waited for a man. God, however, was waiting for me to take hold of the abundant life he'd planned for me. Focused on what I didn't have, I allowed my wants to determine my outlook. When I stopped whining for my way—right here, right now—I realized God was beckoning me to a closer relationship with him.

One woman stated, "I realized a long time ago, before I got married, that to get the caliber of man I wanted, I had to raise my standards as a woman. I threw myself into God's Word and learned as much about him as I could. I found things I enjoyed doing and began doing them. I found out who I was as a person. I not only began to feel better about myself, but I began to feel worthy of love, and worthy of waiting for someone who'd offer me more than just a feel-good in the middle of the night."

"Honey," one older woman prodded gently, "is it simply sex you desire, or is it closeness, affection, and affirmation? Look, I've been married more than 40 years. Sometimes an empty feeling sweeps over me like Cinderella's broom. You may not believe this, but no man can fully deliver you from that. So before you go doing something foolish, think of the consequences. Honor God with your life. Keep your vows to him even when it hurts. It'll pay off in the long run, you'll see." Her tender words rested on me with grandmotherly warmth.

The session ended with prayer, the exchanging of phone numbers, and insights into a new way of thinking—and behaving.

Still, progress takes time. The following week I was on the phone. "Diane!" I cried, "I'm about to explode in an exuberant cacophony of hormones."

"Again?" she asked. "Aren't you being a tad dramatic?"

"I can't help it," I responded. "I'm in my prime. One day you're going to come into my bedroom and I'll have exploded. There'll be a big purple stain on the bed, traces of what I used to be."

"Purple, the color of passion." Must I explain everything?

I breathed a heavy sigh of frustration. She was spoiling a perfectly fine pity party. "Oh, brother!" Diane sounded exasperated. "Look, God knows you're in your prime. Go get your Bible and let's pray." When we finished she said, "You know, there's a lot more to having a man than a cacophony of hormones."

"Have you been reading Song of Songs again?" she asked.

"I had to do my daily Bible reading, didn't I?"

"You have a problem."

I overlooked the offense and filed it away. She'll need me one day. When that day comes, I'll remind her of her snippishness—and graciously forgive her.

The pastor pronounced them husband and wife, and Bill and Diane kissed for the first time. At the reception I pulled her aside and whispered the answer to the sex question I'd asked the pastor's wife a few years prior. Diane blushed but smiled big. "You're a sick woman," she said, laughing.

"I know!" I cried, doing a little dance. "But my husband will be a happy man."

Was that a sparkle of passion I saw in my friend's eyes? We both laughed and did a little dance together. Maybe we've helped balance each other in more ways than we've realized.

Funny thing—I caught the bouquet. "You're next!" everyone shouted. In the meantime, however, I have things to do and dreams to follow.

Shea Gregory, a writer and speaker, lives in California.
Image by Jeremy / Flickr