What God has taught me about himself through my work as a scientist
By Catherine H. Crouch 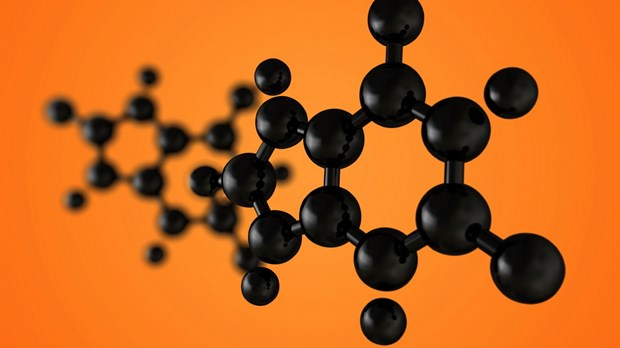 I am a scientist—I teach physics at Swarthmore College and do research in experimental physics and physics education. I am also a Christian. There’s a common belief in America that scientists and Christians have irreconcilable differences, fueled by media coverage that finds conflict to be more attention-getting than congruence. But in fact, I’ve found that the work of being a scientist has taught me some of the deepest lessons of my Christian life. And this experience is not unique to me; there are legions of faithful Christians, both today and through the centuries, who have sought to live as disciples as they pursued the work of understanding God’s creation.

Why did I become a scientist, and a teacher of science, in the first place? Over and over, when I was a child, teenager, and college student, I experienced the sheer delight that comes with understanding the amazing physical mechanisms that are at work in our universe. This delight that the world is understandable, as well as the eagerness to try to understand it, are both deeply human. Every child I have ever met asks and loves answers to endless “why” questions (as every parent knows). This delight doesn’t come simply from knowing more than we did before. Rather, the more deeply we understand, the more we are amazed at how not just human beings but our entire universe is “fearfully and wonderfully made” (Psalm 139:14, NIV).

As a physicist, I focus on trying to understand how our universe is governed by just a few simple principles. For example, if you live in a climate with cold, dry winters, you have experienced static electricity—maybe you’ve felt an electric shock when taking off a wool sweater, getting up from an upholstered chair, or climbing out of a car on a dry winter day. You have probably used magnets to hold papers onto a refrigerator or filing cabinet. And all of us rely on light to perceive the world around us.

The simplicity and elegance of creation display the glory and power of God.

I still remember the day in my first year of college when I learned the extraordinary truth about electricity, magnetism, and light: they are all fundamentally the same thing. As I started to absorb this astonishing idea, I was overwhelmed by a profound sense of awe that the universe could be so simple, and yet that so much variety could come out of that simplicity. We experience static electricity as very different from magnets and light because of the specific conditions in which the fundamental electromagnetic force acts. But the force itself that governs all of these specific conditions is the same.

What did this teach me about God and Christian faith? I was amazed not only that the universe could be so simple, but also what a gift it was that I could understand it. The simplicity and elegance of creation display the glory and power of God. The fact that we humans can understand it reveals God’s generous willingness to be known by us and his love for us. As another follower of God sang in amazement: “When I look at the night sky and see the work of your fingers—the moon and the stars that you set in place—what are mere mortals that you should think about them, human beings that you should care for them? Yet you made them only a little lower than God, and crowned them with glory and honor” (Psalm 8:3–5).

A Lesson in Humility

Unfortunately, uncovering this understanding is hard, just as all work in our fallen world is difficult! Being a scientist constantly confronts me with my limitations. The universe is so much greater than our efforts to understand it—even the efforts of the very brightest and most accomplished scientists.

Although the handful of scientists who claim confidently that science will soon explain everything attract a lot of media attention, most of my scientific colleagues freely admit that we spend most of our time struggling to make slow progress.

Science has thus taught me humility, not only from the delight and wonder at what I have learned, but from the difficulty of doing science.

Science has thus taught me humility, not only from the delight and wonder at what I have learned, but from the difficulty of doing science. It’s easy for me to think that if I give attention and care to my work, I should always be able to design the right experiments, execute them perfectly, and breeze to beautiful conclusions without frustration or mistakes. But expecting such inerrant perfection of myself amounts to being unwilling to be a human being with limitations. On the contrary, the challenge of doing science has reminded me that all of my abilities, as well as the good health and the job that allow me to use those abilities, are gifts from God.

Doing science has also revealed to me how reluctant I am to be generous toward others. At the same time, in my scientific work I’ve seen how God has made us for lives of giving and receiving generously from others. Making progress on scientific questions often requires a wide range of skills and expertise from many people, with the result that scientific research is an intensely collaborative effort; most scientific projects involve at least three or four people actively working together, and sometimes dozens or even hundreds. And beyond the teams of people who get the credit for any final result, often advice from others who work in the same area is critical in moving forward.

I have repeatedly found myself in need of advice from others who have pioneered an experiment or technique that I’m trying to use but haven’t succeeded with. I’ve been amazed at how willing others have been to answer my questions, to spend precious time listening to my description of the obstacles I’ve encountered, and to give thoughtful feedback, all for the sake of advancing scientific knowledge and increasing goodwill among the community of scientists. Receiving such generosity from my fellow scientists has made real to me the even greater generosity of our Father in heaven: “You parents—if your children ask for a loaf of bread, do you give them a stone instead? . . . So if you sinful people know how to give good gifts to your children, how much more will your heavenly Father give good gifts to those who ask him” (Matthew 7:9, 11).

Every time I find myself reluctant to be similarly generous to others with my time and expertise, remembering these experiences is a helpful challenge. Of course, a willingness to be generous has to be balanced with the humility of knowing that I don’t have time and resources to do everything that anyone might ask of me. But, fundamentally, this means that if I believe that God has made us for generosity, I need to choose my commitments so that I have time to give generously as well.

Finally, being a scientist has taught me to take risks, and in doing so, to trust God far more deeply than if I only do what is safe. Doing scientific research is intrinsically risky. Some of the time we have the tremendous satisfaction of uncovering simple truths. But a lot of the time, it simply doesn’t work. Success is not guaranteed when trying to answer questions that no one has answered before!

Finally, being a scientist has taught me to take risks, and in doing so, to trust God far more deeply than if I only do what is safe.

When I’m working on a project and facing the very real possibility that I have picked the wrong way to tackle it, the fact that I may spend days, weeks, or even months following a path that will be a dead end, it forces me to trust God in a way that I tend not to when I feel like I am in control. I have seen repeatedly that not only in my successes but also out of failed experiments and seemingly fruitless efforts, God has provided for me and made me not only a better scientist, but also a better colleague, teacher, parent, and friend. My failed experiments have not only taught me how to design better experiments, but have also taught me patience, compassion, and kindness. And of particular importance to me as a teacher and a parent, my failures have helped me remember what it is like for my students and my children to take the risks involved in learning something new. It’s helped me to both challenge and encourage them to take risks.

Being a Christian does not magically protect us from experiencing failure, grief, or loss. Rather, trusting God means believing that we are loved by a Father who will not only bring glorious, abundant fruit out of our efforts, but will even redeem our failures. The theologian N. T. Wright has pointed out that the most frequent command in the entire Bible is “Do not be afraid.” And as I learn not to be afraid, I am freed all the more to take delight in our Creator’s handiwork and to share that delight with my research colleagues, my students, my family and friends—and now with you.