How I was challenged to love my global neighbor
Margot Starbuck 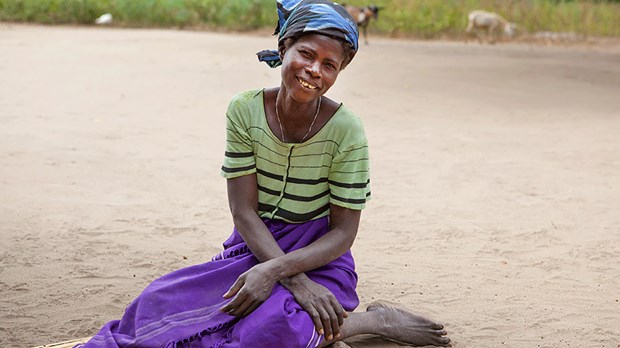 I live in a community of energetic urban gardeners.

Accidentally, I assure you.

On any given day I can see these earnest neighborhood farmers planting Swiss chard, weeding the root veggies, harvesting something they call “tatsoi,” or building a hoop house. (To the disappointment of every person in my home, a “hoop house” has nothing to do with basketball.)

The neighborhood’s “head gardener” assures me that in the event of a global food apocalypse precipitated by a sociopolitical collapse, we’ll have food.

I assure the head gardener that until said looming crisis shuts down my chain grocery store and the McDonald’s down the street, I won’t be lifting a single green thumb to help.

Clearly, my brazen apathy suggests that I’m not really expecting the economy-inspired food-pocalypse to happen any time soon. In that respect, I’m like a lot of North Americans with convenient access to Cap’n Crunch cereal and Kraft Macaroni and Cheese.

Despite my lazy gardening and shopping habits, I’m not a complete buffoon. I’ve seen the popular documentary The Story of Stuff, and I understand that some of us on this planet are consuming more than our fair share of resources. I comprehend the premise that those who pay the biggest price for overconsumption and the pollution it produces are those with access to the fewest resources. I even understand, at some level, that my own progeny will be affected by these patterns of consumption.

And yet for years I’ve chosen to believe that the food crisis precipitated by an environmental fail—the one where our planet’s overconsumption has loaded the atmosphere with greenhouse gases—would be centuries (preferably millennia) off in the future.

As you might imagine, that’s been a very convenient story for me.

Last year, though, I met a woman who challenged this story.

She wasn’t one of these gardening nuts, like the head gardener.

She wasn’t an alarmist Chicken Little “the sky is falling” person.

She wasn’t an environmental scientist with access to data-filled spreadsheets.

Wema—and every other person in her rural Malawian village who’s never tasted Cap’n Crunch—is a garden farmer, continuing in the proud line of farmers that’s as long as human
history (Genesis 2:15). As Wema described the environmental challenges that have already impacted farmers in her village, she said six words that changed everything for me: “It hasn’t always been this way.”

It hasn’t always been this way.

When Wema was a girl in the 1970s and 1980s, the rains that nourished the maize fields came, like clockwork, every October. In fact, for decades local farmers could put seed into dry ground on October 15, certain that the predictable rains would come, yielding a rich harvest of maize. Vegetables and banana trees grew alongside the fish-filled river flowing through the village.

This narrative, which I heard from many others in the village as well, challenged the common western myth of “poor, starving, chronically-broken Africa” I’d been familiar with. I heard clearly that there was a day in Wema’s lifetime (and in mine) when the land in her village yielded plenty.

This is not that day.

Over the last several decades, villagers across Malawi have recognized a change in the country’s weather patterns. Over time, the rains began coming later and later, shortening the planting season. Droughts followed. Year after year, weather that was once predictable became no longer so. In fact, today the riverbed in Wema’s village that was once so plentiful is simply a roadway of dry sand. When the rains come, it may flow for three or four days. Cruelly, it spills over its banks, flooding homes and taking lives. Then it is dry again. There are no fish. No vegetables. No bananas.

Wema’s village, and other communities all over the country, are actively working together to mitigate the impact of the new unpredictable climate. Supported by the ministry Eagles Malawi, they practice “conservation planting,” which involves crouching over every seed to blanket it with a protective shade cover. The villagers have worked together to build a dam to keep the occasional rushing river from flooding their homes. They’ve contributed their own money to plant walls of trees to contain the river in its banks. They’ve even changed the crops they grow. Instead of delicious maize, they now are forced to grow hard, bland millet. And while I instinctively knew my own mac-and-cheese eaters would never stomach millet, Wema told me that even her hungry children had to be convinced that the tasteless pebbles were actually food.

“It hasn’t always been this way.”

Who Are "My People"?

As I think of Wema’s childhood—splashing with her friends in the river and catching fish, savoring ripe bananas, accessing clean water without having to travel for miles—I understand my Christian responsibility to live love in a meaningful new way. If it’s true that “the earth is the Lord’s, and everything in it. The earth and all its people belong to him,” then I’m called to love God and God’s people by behaving as if it is true (Psalm 24:1). In Wema’s heartbreaking ache to provide for her children, I recognize that biblical creation care isn’t about which unprocessed foods I will be forced to eat when the economy crashes. It’s not limited to rescuing endangered animal species. It can’t be caricatured by zealous tree-huggers.

How Can You Engage?

Rather, it is all about people.

So while I most likely won’t be planting or harvesting anytime soon, I’ll practice love by staying committed to consuming less. I’ll offer support to Wema’s community in the wake of recent flooding in Malawi. I’ll continue to remind others that creation care is about the children God loves who are suffering right now.

Why is it so important to me?

Because of Wema. And because it hasn’t always been this way.