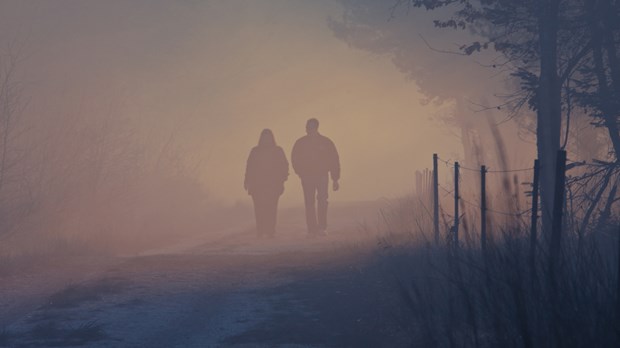 In the two years I’ve spent grieving the end of my marriage, some folks just haven’t known what to say to me.

Since I’ve also been that person who doesn’t know what to say when, for example, someone endures a divorce, or loses a loved one, or receives a diagnosis, or suffers from depression—I understand. A few years ago, when I lost someone in my extended family to divorce, I was absolutely tongue-tied. Should I say I was sorry, like if she had the flu? Should I tell her I missed not seeing her anymore? Was it tacky to do it via email? I had no idea. And yet I’m now painfully aware that these silences, even the most innocent lapses, do communicate something, even without ever intending to do so.

These silent voices have actively communicated, to me, absence.

Friends fear saying the wrong thing. Relatives may be mired in their own grief. Colleagues feel speechless. I get it. Certainly there are approaches and trite aphorisms to avoid, and I’m not suggesting that only the most eloquent Hallmark words will do.

I am suggesting that, whether you or I (friends, family, church members) feel particularly equipped for it, the job description for caring for someone who’s suffering—the secret to loving well—is to show up.

I don’t mean that you arrive unannounced at the home of the exhausted grieving mother who’s just stood for hours at the funeral home making awful small talk. I mean that you communicate—maybe in person but possibly with a card, letter, email, trained magical owl—anything that allows you to say that you’re aware your friend is suffering and you care. As I’ve listened to friends and acquaintances who’ve suffered all manner of grief, the words that consistently mean the most communicate one of two things: I am with you and I am for you.

One friend who gave birth to her son prematurely shared with me that what she most wanted in her darkest moment was for God to reassure her, It will be okay. Instead, she sensed God saying, I am here. That is the promise we hear through Isaiah’s words to a suffering people. We’re assured of God’s presence in life’s storms. And we bear God’s steadfast loving presence to others in pain when we represent God’s physical nearness to those who suffer simply by choosing to be with them.

A dozen years ago, while chatting with my friend, Julia, who’d lost her husband many years earlier, Julia shared with me the words that had meant the most to her during her darkest days. She said she’d received a notecard in the mail from dear friends that read, “We loved him, too.” Those four words convinced Julia that she wasn’t alone.

Recognizing how deeply these simple words had ministered to Julia, I began to ask other friends which words had reminded them that they weren’t alone in their suffering. Those who’d grieved were generous to share the words that had meant the most:

“Can you come over for dinner?”

“I know you are still sad about the loss, and I am sad about it, too.”

“I’m coming over to visit you. We don’t have to talk. You can cry and groan and wail all you need. I will be your witness.”

“I don’t understand what you’re going through, but I’m not leaving until you tell me to.”

“I will not forget.”

Sometimes being with someone can mean that you don’t have to use words at all. One grieving woman felt a friend’s supportive presence through tears, explaining that her friend “didn’t say anything. She just cried.” And another, who lives on the West Coast, mentioned the unexpected gift of a long-distance friend showing up at a memorial service. When asked what brought her the most comfort she offered, “My friend Susan, who just showed up in the doorway of the church the morning of the funeral. Unannounced. From Boston. Just to be there. No words necessary.”

Several friends who’ve lost a loved one described for me how much it meant when others shared with them a memory of the person they’d lost. One woman told me, “I received a note that was just a simple memory. That someone else had a fond memory of my mom—that really helped. I remember it nine years later.”

Another shared, “Dad’s students covered his office door with butcher paper and wrote all over it. At this secular school, almost every student mentioned how Dad had showed them God.” Sharing a memory lets those suffering know that, in the most personal way, you are with them.

Others who have suffered experienced relief when friends communicated that they were for them.

“We are giving you money for plane tickets.”

“I know there is nothing I can say to fix it. But I can make a casserole. It won't make anything better, but at least you won't have to cook tonight."

Yes, yes, baking a casserole can seem a bit cliché. And yet, it can be a tangible reminder to a sister or brother who’s hurting that someone else is interested in meeting a basic human need. “Frankly, I think the casseroles are a helpful vehicle,” one woman shared with me. “It is hard to think of eating—so even more difficult to think about cooking—when you are breathless and your brain is mush. But the benefit for the giver is that the casseroles get you to the front porch, give you face time, and open the opportunity to hug and cry with the heartbroken one.”

And there it is. Putting flesh on the promise of God’s steadfast faithfulness depends on getting to the front porch. Picking up the phone. Writing a real, old-fashioned letter. Whispering a gentle acknowledgement at work.

I think it’s safe to say that those who are suffering aren’t expecting you to deliver eloquent words. But they are hoping that you show up.