6 steps we took to heal our marriage
Jill Savage 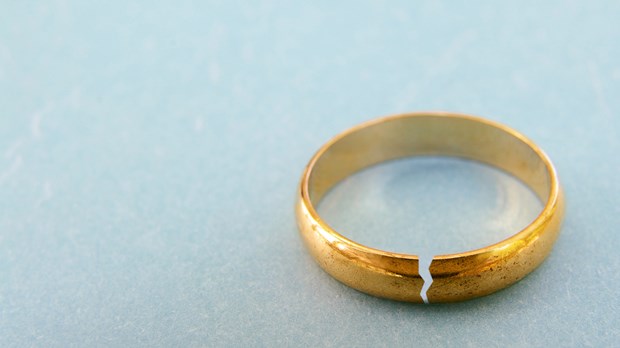 I lifted the phone out of my husband’s hands. He was so tired that he’d fallen asleep in bed while texting. I’d come home late from an out-of-town trip to find him in bed. As I went to plug in his phone for the night, I saw a conversation on the screen that took my breath away.

He had been texting a woman, and a quick glance through the texts indicated that there had been more than just a texting relationship. My husband had been unfaithful. I wanted to throw up.

This discovery began a nine-month battle for my marriage. At first, he broke off the relationship with the other woman, but in only a matter of a few weeks he returned to it. That happened seven times before the battle finally ended. In fact, five months after the discovery, he left our marriage to pursue the other relationship. I suddenly found myself a single parent with three heartbroken adult children and two distraught teenagers.

Finally, after seven months of what felt like hell on earth, Mark stopped fighting with God. I watched the spiritual war over his soul, and I watched him repent, surrendering himself fully to God. Two months later, he recommitted to our marriage and moved back home. That’s when our journey of healing and trust building truly began.

Our story isn’t rare. Many couples navigate the realities of infidelity, and the onslaught of pornography too often rapes the soul of a marriage by setting the stage for unrealistic expectations and broken trust. Trust can also be broken by constant criticism, dishonesty, financial foolishness, or even unguarded conversations with someone of the opposite sex.

Most marriages have likely experienced broken trust in some way, big or small. So when trust is broken, how can it be restored? Is it possible to reconnect two hearts that have been broken? What does rebuilding trust look like in real life?

While there’s no “one way” to heal a hurting marriage, Mark and I found that rebuilding trust requires effort from both parties. Accountability on one side must be balanced with a willingness to risk on the other side. That dance may need to go on for years, becoming the new normal in your relationship. It can result in a deeper sense of intimacy and oneness—so much so that it’s actually possible to come out better on the other side. The important thing is that you are both willing to put forth the necessary effort.

So what does that look like practically? Where do you start when trust is broken?

As hard as it is for me to share about my husband’s infidelity, it’s my privilege to share how hard my husband worked to reestablish his integrity in our relationship. Mark committed to answer any question I asked.

Sometimes he answered the same questions over and over again when I asked them from a slightly different angle. He was never exasperated by my need to know. He never exclaimed, “Can we stop now? I’ve apologized. When can we put this behind us?”

In the beginning, I asked dozens of questions each day. As time went on, my questions decreased to several times a week. Now we’re three years out. Questions still arise, but they’re no more than once a month, even just a few times a year. And Mark still answers them with patience and kindness.

As the one who was betrayed, I also had a responsibility in rebuilding trust. I intentionally chose not to ask particular questions, knowing the answers simply wouldn’t help. I also committed to never throw my husband’s choices in his face. I’ve learned that the purpose of asking questions should be to seek understanding, not indictment.

We have learned to ask healthy questions like, “How did that make you feel?” or “You’re very quiet tonight. What’s going on inside your head and your heart?” These questions bring thoughts and feelings into the light rather than keeping them in the dark crevices of our minds, where Satan often does his nastiest work.

A marriage with a foundation of trust has no secrets. Your spouse should have a “master key” to every part of your life. Questions aren’t an invasion of privacy. You gave up privacy when you said “I do” and began a lifelong journey toward oneness.

When trust is broken, the process of healing is painful for both spouses in different ways, and mutual respect is crucial. The one who broke trust needs to respect the betrayed spouse’s emotions. Mark describes it as walking a mile in my shoes, saying, “I had to realize that an emotional rug had been pulled out from under her feet. I had to resist the urge to demand she move through her emotions at any other pace than the one that happened organically.”

I learned that, even as the betrayed spouse, I needed to show respect in the way I spoke to my husband. When we become untrustworthy, a sense of conviction accompanies repentance. Mark already felt convicted. So as we worked to heal our marriage, Mark didn’t need my tone of voice or choice of words to condemn, criticize, or punish him any further. Ultimately, we both had to resist the urge to react to one another in our hurt, responding instead with love and respect.

True accountability is a beautiful tool the trust-breaker can use to begin to restore trustworthiness. Mark used accountability well. He was willing to be an open book. For the most part, he pushed information my way rather than requiring me to pull it out of him. This was a huge gift because so much of our broken trust came from his deceit.

Mark didn’t want me to “discover” anything else, so he communicated proactively about things that I needed to know about, like calls on his phone from the same area code where the other woman lived or charges that showed up on our bank statements that could be misconstrued. He opened up his phone and email accounts to me, giving me full access to them.

Not only that, but he was steady and consistent in words and actions. When his words “I want to be trusted again” matched his “I’m an open book” actions, trust began to slowly take root in our relationship again.

Accountability wasn’t one-sided either. One issue Mark pushed underground for years was his frustration with me “mothering him.” He found my tendency to control situations or to tell him what to do emasculating. When this came out during counseling sessions, I proactively invited Mark to call my attention to those times when I moved back into old habits. This kind of “offered accountability” was a very effective way to rebuild trust on both sides of the relationship.

Forgiveness isn’t a feeling—it’s a choice we make. Depending on the size of the break in trust, forgiveness may be a process, but it isn’t an option. If you’ve accepted God’s forgiveness, you have the power to forgive (Ephesians 4:32).

Forgiveness is a requirement for rebuilding trust. While unforgiveness keeps our heart cluttered, bound up, and trapped in the past, forgiveness opens our heart to be able to plant seeds of trust again. It doesn’t mean that trust is suddenly restored, but it is the first step in moving from the past into the future.

For us, there wasn’t just one instance of forgiveness; there were hundreds. The more details I learned, the more I needed to forgive. I forgave him for misusing our money, for going to a hotel that had been special to us, for the pain our children were still working through, and more. Each time another facet of the tangled web was revealed or discovered, I wrestled through it with God until I chose to forgive.

Forgiving and beginning to trust required me to examine my expectations. After Mark returned home for several weeks, made incredible effort to begin to clean up the mess he’d made, and swore I knew everything, I discovered an email account he’d yet to disclose.

“When will this stop? I can’t begin to trust him as long as I keep finding things!” I said to my counselor in exhaustion and devastation.

My wise counselor listened and affirmed my feelings, and then told me, “Jill, he won’t be perfect at cleaning up this mess. Let’s look at the big picture: he’s been forthright in dozens of things, he’s repentant, and not only that but this woman has been communicating with him through this email account and he has not been responding. He has since deleted the account. You’re on a healing journey with many layers, and you need to have realistic expectations of what that will look like.”

Mark also had to realize that he had unrealistic expectations of what real marriage was supposed to look like, and that these expectations were part of what drove him to pursue a new relationship. What he’s realized, he tells me, is that “all marriages have challenges. The grass isn’t really greener on the other side of the fence . . . there are just different weeds over there!”

Both of us had to realize that trusting one another required realistic expectations about marriage, each other, and failure. Marriage is hard, blending two lives is a life-long challenge, and we will both experience failure along the way. Setbacks and painful feelings are to be expected in the healing process.

You can’t rebuild trust without taking a risk of some sort—that’s probably the scariest part. The relationship is broken, and initially you both take a risk to start over again.

The risk of additional pain is high. The risk of more broken trust is real. The risk of opening up your heart again to disappointment is tangible. It’s a scary road to walk. But if both parties are humble, broken, and ready to repair, the hope of an even better relationship outweighs the risk of more pain. God longs to redeem the broken places in our lives. He wants to trade beauty for ashes (Isaiah 61:3) and to redeem what the locusts have eaten (Joel 2:25).

I’m grateful that Mark and I both took that risk. I’m grateful we asked and answered questions, respected one another, forgave freely, adjusted expectations, and built on the smallest ounce of hope we had in those early days of piecing our broken relationship back together.

God is in the business of turning our messes into his messages. He’s doing that in our marriage; and with two willing partners, he can do that in your marriage as well.

Jill Savage is an author, speaker, and founder and CEO of Hearts at Home, an organization for moms. The author of 10 books including Real Moms . . . Real Jesus, No More Perfect Moms, and No More Perfect Kids, Jill is passionate about calling women to embrace authenticity. Connect with Jill on Facebook, Twitter, and at JillSavage.org and HeartsAtHome.org.