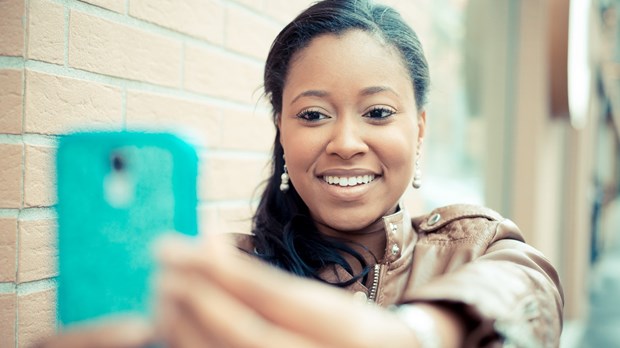 “At least you have time to yourself; I can’t remember the last time I did.”

“Enjoy it while you can.”

These are all statements I have received from people once they learned I was single.

In our world of Facebook, Twitter, and Instagram, I’m not surprised people have an opinion about my life as a single woman, and a quick glance at my social media feeds proves people are not shy about sharing those opinions. One friend sees me leading an intellectual life alone within the luxury of my thoughts, another friend thinks I live a lonely life full of bitterness, and yet another thinks I live my life as a sex machine glorying in my unending conquests.

People don’t simply have opinions about singleness; they actually have a specific life they envision a single person leading. But here’s the thing: The “single life” is an illusion.

To all of my friends, family, and the occasional stranger at the airport, here are some facts and ideas to consider before assigning a “single life” to a single person.

Single people were once a minority in society. In certain circles (like the Christian, Midwestern communities I grew up in), the single demographic was looked upon somewhat negatively. This can be traced to beliefs like marriage being created for the purpose of procreation, the idea that some of the most upstanding biblical characters were married (some of which to multiple wives), and the reality that some of these same poets and prophets praised obtaining a wife and having a strong marriage as one of the greatest gifts one could possess.

I’m not saying these beliefs are completely untrue, but theological discussions have emerged that explore these ideas within the larger contexts of history, character studies, and living the Christian life as God calls each one of us to individually. There was a time when the survival of a civilization and people’s social, economic, and even spiritual standing were dependent upon their marital status or how many children they had. But, simply put, that is no longer the case in many cultures.

According to the global information and measurement company Nielsen, Millennials are individuals between the ages of 18–36, and they make up 24 percent of the U.S. population, nearly equivalent to Baby Boomers and the current Gen X generations. Only 21 percent of Millennials are married, which is in stark contrast to the 42 percent of Baby Boomers who were married at their age. Sociologist Andrew Cherlin notes, “The lofty place that marriage once held among the markers of adulthood is in serious question.”

One of the most eye-opening statistics came from a survey conducted by Time magazine and the Pew Research Center that found “44 percent of Americans under 30 believe marriage is heading for extinction.” Though it should also be noted “only 5 percent of those in that age group do not want to get married.”

A good friend told me she recently joined a Bible study made up primarily of married women. She described the group as friendly, but not necessarily warm. She was taken aback when a married woman joined the group (sans her husband who traveled) and the group seemed to take to her immediately.

“I could feel the invisible divide between me and the other women—they were married and had reached ideal womanhood. I was the oddity—single and without a man. I felt this made me not quite a woman in their eyes.”

My friend is an engaging, intelligent, and kind person. She is one of those rare people I was impressed with from our very first introduction. That’s why I was shocked to hear it took a month for her to feel welcome. I was upset my friend felt slighted in the least, but I was also frustrated because I have experienced this exact same reaction in various settings.

People don’t simply have opinions about singleness; they actually have a specific life they envision a single person leading. But here’s the thing: The “single life” is an illusion.

But then I started listening to other women’s stories. I joined a local women’s group, and it was so refreshing to have conversations where my marital status wasn’t a source of curiosity. In this group, I met a woman who shared the feelings of prejudice she experienced as a result of her decision not to have children. At work, my colleagues told me stories of the “mommy wars” as some were trying to decide to homeschool their children as stay-at-home moms and others were proud working moms. We shared stories of people belittling us because of decisions to adopt, marry later in life, only have one child, and so on.

Over the course of several months, I began to acknowledge and accept that people aren’t prejudiced against me because I’m single; they are prejudiced because my life is different than theirs. It’s human nature. When people project stereotypes and judgments on me for being single, it says so much more about them than it does about me. While it may seem a bit twisted, there was a relief and comfort in knowing I didn’t suffer alone, and my single life and I weren’t the problem.

Single Women Deal with Objectification—Just Like Every Other Woman

A couple of months ago, this video went viral. Like most of the rest of the cyberworld, I watched in horror as a woman was catcalled over the course of ten hours. As media outlets began dissecting what this video means for society, people started asking me questions. The question I was asked three or four times by other women was how, as a single woman, how do I handle such catcalling? I can’t remember what I answered the first time I was asked that question, but I remember feeling it was the wrong question to ask. I replayed the question in my head later, and the answer was quick and clear: I felt the same way any other woman does. The unfortunate reality is that men who objectify women do not care if a woman is married, single, divorced, or has kids.

Over the course of several months, I began to acknowledge and accept that people aren’t prejudiced against me because I’m single; they are prejudiced because my life is different than theirs.

Yes, we need to continue talking to and challenging each other when it comes to what objectification looks like and how to stop it. I have learned, however, that while women can and should talk about these things, it may be more about simply living our lives according to our beliefs and abilities. The harsh reality is a lot of the progress that needs to happen within men who think objectification is acceptable ultimately will come from other men. I can’t teach a grown man how to be a man of honor, principle, or kindness; but I can live a life that shows men women are no longer the oppressed individuals of the early 20th century who didn’t have the right to vote and who had no choice but to stay at home to support their husbands and children. Now, women are men’s teachers, lawmakers, advocates, soldiers, doctors, pastors, supervisors. I believe if all women, single and married, live their lives according to their passions and talents, men will learn to respect women because women will touch every part of their lives in ways beyond the romantic or sexual.

Someone once asked me to describe the most difficult struggles of living as a single woman. She mentioned the struggles of loneliness, the financial burden, and so on. Of course, I have struggled with all of those things, but once I stopped trying to crack the code for living a healthy single life, I realized everyone deals with those things. Some of the happiest people I know are married, and some of the loneliest people I know are married. I know several couples who have shared their battle with debt and expensive addictions that I don’t have to deal with in my life. And while I’m sure there is a security in knowing someone has promised to love me forever, I also know enough married women to know that my insecurity issues won’t suddenly go away if one day I’m married.

Yes, I am a single woman. But I am also a believer, a higher educational professional, a writer, a sister, an adventurer, a lover of all things BBC. My life is ever changing and full of many things, but the one thing I am most proud of is that I’m a woman committed to living a full life. I couldn’t ask for anything better.

Ashly Stage is a freelance writer and accreditation specialist out of Indianapolis, Indiana.