Even if you’re single, flirting at the office is a no-no. Here’s why.
Diane Paddison 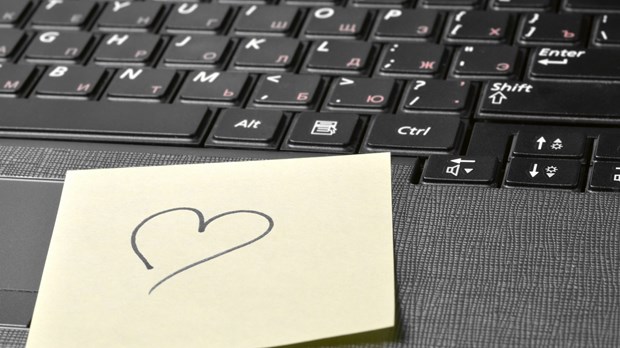 If you have men and women working together in close quarters day in and day out, some flirting is inevitable. Many people consider flirting at work to be harmless, while others openly advocate for flirting to get what you want. But flirting at work is almost never truly harmless. It’s a bad idea, even if both people are single and enjoying the interaction—and I say that as someone who is not necessarily opposed to office romances! Dating coworkers is risky and should be handled carefully (and away from the office), but I’ve seen it turn out well for many couples.

Even in the best of circumstances though, flirting at work is another story. It’s distracting and confusing to the people involved, and often to the people around them as well. Flirting is often misunderstood. It’s a terrible form of communication, as evidenced by the countless books, websites, and articles purporting to help interpret certain flirtatious advances (or lack thereof). And flirting—whether sincere or not—can do real harm to someone’s professional reputation, especially if that “someone” is a woman.

This is true despite a highly publicized study in 2012 that found women can gain an advantage by flirting in certain negotiations. In the context of a single, contained negotiation, it’s possible that flirting could put you at a short-term advantage, but as a long-term strategy, it stinks, both for your reputation and your self-worth.

Flirting with Your Career

One study that surveyed female business school graduates found that more than 50 percent of respondents knowingly engaged in flirting for business gain. However, those who said that they never flirted in this way earned more on average (between $75,000 to $100,000 annually) than those who flirted for gain (who earned between $50,000 and $75,000). The non-flirters also earned more promotions in their careers.

“Flirting at work is simply dangerous and very career limiting,” says David Nour, author of Relationship Economics, in Forbes. It can easily lead to questions about your intentions, credibility, and character, undermining key relationships, and even subjecting you to unwanted advances, he says.

To avoid such dangers, some people go too far in the opposite direction, striving to keep all work relationships “strictly business.” I’ve observed some women who adopt a cold, impersonal attitude at work—women I know to be warm and caring people. I find this approach counterproductive; it often alienates people. Let’s not forget that as Christians we are ambassadors of God in the workplace. Opening our hearts to and caring about the people we work with is one of the primary ways we can “be like Christ” at work, and it’s actually good for business too.

To be an effective team member or leader, you need to get to know the people you work with, men included, and understand their personalities, strengths, and passions. What’s more, having a friendly and engaged office environment contributes to greater productivity and job satisfaction, and you can’t get there by freezing people out.

So how do you know when what starts as friendliness is skirting toward (or may be perceived as) flirting?

1. Start with a Gut-Check

Most women, if we’re being honest with ourselves, know when the switch is flipped from altruism to attraction and attention-seeking. Pay attention to your own heart, and pray that God would open your eyes to any blind spots. Let Philippians 4:8 be your guide: “And now, dear brothers and sisters, one final thing. Fix your thoughts on what is true, and honorable, and right, and pure, and lovely, and admirable. Think about things that are excellent and worthy of praise.”

2. Ask Someone You Trust

I know women whose naturally effusive personalities get misinterpreted as flirting, which can be confusing and frustrating for them, as well as for the people around them. If you have a close friend in the office, it can be helpful to ask her if she thinks anything you’re doing could be taken for flirting. But if you ask a question like this, be ready to accept her answer. Hearing other people’s interpretations of your demeanor can be enlightening, but it can also be embarrassing and humbling.

When Elizabeth Knox touched on this issue in her book, Faith Powered Profession, she informally surveyed friends and colleagues to collect a list of what she calls “borderline” behavior. These are things that, by themselves, aren’t necessarily “over the line,” but they can be considered warning signs that you might be headed there.

If you find yourself doing any of these things, it might be time to think carefully about the messages you are sending—not just to the man you’re flirting with, but also to the rest of the office.

Sometimes flirting that you consider harmless gets misinterpreted for more, and you may find yourself with an unduly amorous colleague. Most of the time, such mistakes are awkward but innocent and can be handled with honesty and, if appropriate, a simple apology. Sometimes though, a misunderstanding over real or perceived flirtation can lead to unwelcome advances or inappropriate behavior. No amount of flirting can justify sexual harassment. You should not hesitate to take appropriate measures if you find yourself subject to demeaning or aggressive behavior.

Most of the time, if you’re faced with someone who seems overly flirtatious toward you, the best thing you can do is to respond with professionalism. At one point in my career I found myself in a position where I had to work closely with a man who had an aggressive reputation for openly flirting (and more) with females he met on the job. I found his manner toward me distasteful, but he represented one of my team’s biggest clients, so I couldn’t avoid working with him. I needed to avoid alienating him if possible, so I had to walk a delicate balance to make him feel respected and liked, but I also needed to let him know his advances were not welcome.

In that case, my best defensive strategy was a strong offense of warm professionalism. I was always friendly but careful to gently steer our conversations toward business matters. If there was reason for us to be alone together, I was sure to keep an appropriate physical distance between us. In case of business dinners, I always invited a colleague to join us, and at the end of the night, I offered a handshake and a cheerful but firm “good night.” Using this strategy, we were able to work together for years without incident.

When it comes to flirting, we all want to believe that we’re the exception—that our own “innocent flirtation” could never lead anywhere regrettable. But office flirting can go wrong in so many ways.

We all know of too many men and women whose little flirtations turned to full-blown affairs, office scandals, unwanted harassment, and even career-ending lawsuits. Protect your relationships and your career by steering clear. Remember, it’s easier to say no to flirting when the incident is still small and “innocent” than it is to correct a bigger problem down the line.