What is peacemaking, and why does it matter?
Joy Beth Smith 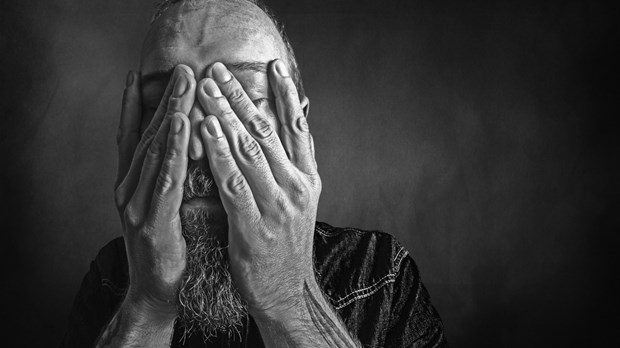 This weekend I was fortunate enough to attend a session at the Justice Conference taught by The Global Immerse Project, Jarrod McKenna, and Jenny Yang. As I made my way through a day of training on “Peace and Faith,” I came away understanding these ideas in a new way. I’m thankful for the lessons from this weekend, and I can only pray they sink deep and take root in my heart. —Joy Beth Smith

Blessed are the peacemakers, for they shall be called sons of God (Matthew 5:9, ESV).

We live in a culture that equates disagreements with blind intolerance and conflict with unnecessary complication. Instead of sorting through problems, we run from them. Instead of engaging, we ignore. Instead of fighting, we forfeit. Instead of continuing to stand up and speak up, we sit down. We sit in front of our TVs, behind the walls of our glass houses, and we pack away our thoughts, our words, and our convictions because peace cannot keep house with cowardice.

Somehow, we’ve gotten it all twisted.

Why Is Peace Important?

Peace is such an abstract, daunting word that seems impossible to define and therefore is easy to ignore. But peace is important—so important that Jesus is even called the Prince of Peace. Mahatma Gandhi, a preeminent leader of nonviolent civil disobedience practices, said that peace “must be an inseparable part of our very being.” And ultimately, the fight for peace is a fight to see the God-given humanity in others. As Kofi Annan, the former Secretary-General of the UN and winner of the 2001 Nobel Peace Prize, writes, “Peace must be made real and tangible in the daily existence of every individual in need. Peace must be sought, above all, because it is the condition for every member of the human family to live a life of dignity and security.”

Often what we fail to understand is that the peacemakers aren’t the people who run from the fight but the ones who run to it. Peacemakers aren’t shushing both sides—they’re intervening on behalf of both. Peacemakers aren’t demonizing their enemies—they’re deliberately valuing the imago dei (image of God) in everyone. The point of peacemaking isn’t passivism; it’s pro-activity, it’s reconciliation, and it’s restored relationships.

But peacemaking isn’t just for freedom fighters and international advocates. Before we can fight for peace overseas or out in our cities, we need peace at home, peace in our relationships, and peace with each other. Peace is everyman’s fight—there are no superheroes here.

The Interconnected Nature of Peace and Conflict

Peace cannot be found apart from conflict—and at that point many people stop listening. Few people enjoy conflict, so peacemaking is sacrificed for placating while strife is avoided at all costs.

As I learned this weekend at the Justice Conference, peacemaking doesn’t require creating conflict, but it does require finding and acknowledging conflict to engage with in order to promote reconciliation.

Conflict, unfortunately, is inevitable. We live in a world overflowing with discord. We have clashes over religion, reading materials, rendered services, even recipes. We have struggles with others, struggles within ourselves, and struggles with God. And conflict will continue to exist until the Lord comes back and establishes a new kingdom, a new harmony (even then you might hear me grumbling about where my mansion goes).

But somehow, despite the ever-present nature of conflict, many of us still have no idea how to handle it. Too often it’s treated like some type of bomb with some people ignoring it, some just seeking to diffuse it, and others prodding it, hoping to be a witness to the explosion.

The Call to Confront Conflict

For many of us, we’ve been rushing in after the bomb goes off, after the fallout of conflict, with our first aid kits and our checkbooks, and we call that peacemaking. How easy it is to confuse peacemaking with guilt assuaging. For too long we have avoided tough discussions, evaded tension, and eluded firm stances in an effort not to offend when in reality sometimes peacemaking is offensive.

In Jesus’ ministry, we see him consistently seeking out conflict, and yet all he brought was peace. He heightened tensions when he called out the Pharisees, he acknowledged the conflict between Jews and Gentiles, and he never shied from tough discussions regarding the law, grace, and our deep need for salvation from our sin and from ourselves. Jesus sought out those places of conflict in order to help us work through them, in order to provide restoration to those broken pieces.

Ultimately, peacemaking comes with embracing struggles, not avoiding them. It’s time we stop addressing the consequences of conflict and look to its causes.

Unfortunately, we’re plagued with false ideas of how we should engage with conflict, how we can achieve peace. Some believe that diffusing a situation is the same as making peace. These people are never ready to admit wrongdoing or fully engage in the discussion, but they seek to quiet the waters before the waves cause serious damage. Under the guise of understanding, they sacrifice their own opinions and convictions in order to allow (or more oftentimes adopt) the opinions of others.

Other groups ignore the friction altogether. This practice, while beneficial for self-preservation, does very little to advance the gospel. Love is not ignoring the tension, and love is not non-confrontational. Peace, much like love, demands the sacrifice of your security, your reputation, and your resources. To ignore the problem is to care more about your comfort than the potential casualties of conflict.

What Does the Daily Discipline of Peacemaking Look Like?

Acknowledge your own biases and fears and shortcomings. What is keeping you from seeing the humanity, the imago dei, in another person? Surround yourself with reading material and news resources and trusted friends who will provide insight into the marginalized people of your life. Find those who you keep on the fringes and give them a seat at your table.

Engage with conflict. What keeps you from seeking restoration in conflict? Find a cause that speaks to you, and then learn everything you can—immerse yourself in the statistics and problems and powers at play. If you are burdened for your neighborhood, study a map; if you have a heart for trafficking in Tanzania, pour over demographic analyses, current relief efforts, and changing cultural tides.

Contend with your cause. With common ground is the cornerstone of peace, you’ll need all of your resources, will, and patience to work through these crises. Peace is a long-term commitment, so your need for immediate gratification must be sacrificed as you die daily to your prejudices and predispositions. The goal of this process is to get creative in love while fighting to see the humanity in each individual—don’t turn people into projects in your haste to achieve peace.

And still there are those who rather than ignore the problem choose to exacerbate it. They find conflict to be the perfect place to advance their own agendas, moralize tragedies, or exploit the sufferings of others. You’ve seen them, the protestors who picket funerals and the curbside “prophets” who spew hate, homophobia, or heresy. This is not peacemaking. There is only one instance where Jesus flipped tables in the synagogue, but the Gospels overflow with examples of how he spoke gently and directly to those with whom he disagreed, how he healed those who hated him, and ultimately how he sacrificed his life to provide redemption for people who mocked his death.

Peace demands that we engage with conflict but not cause it. Peace dies when revenge takes precedence over restoration. And in the end, peace has no agenda but to reconcile and repair—leaving little room for those who seek only to destroy, defame, or discourage.

The only way to achieve peace is to move through the conflict, not around it. The only way to be a peacemaker is to be willing to lean into the tension, to dissect the problem, to press into the pain rather than ignore it. For so long we have dealt with the fallout of these struggles rather than realizing that the goal shouldn’t be to minimize the causalities but rather to prevent the explosion—and this is possible.

But possible and easy aren’t the same thing. It’s far easier to ignore the ticking of the bomb or to cut your ties with a difficult relationship or to just watch the world burn. It’s easier to let the tensions build, to feign ignorance, and to turn off your TV when the news coverage of the latest disaster challenges your comfort and conscience. It’s easier to do nothing, but nothing is no longer an option.

If we are to follow Jesus, if we are to be gospel lovers and Christ followers and trailblazers and peacemakers, we must begin the painful, arduous, and dangerous process of seeking true peace at all costs.

God provides the pattern for us to follow. When we broke fellowship with him, he didn’t ignore our plight. He saw us, in our brokenness, and he engaged with us. He immersed himself by coming to earth to lead us through this life with compassion and grace and bravery. He dismantled the bomb, he solved the problem, and he provided a solution. Just as Christ reconciled us to himself, we should seek reconciliation in the face of every conflict. Redemption itself testifies to God’s core identity as a peacemaker. “For he himself is our peace” (Ephesians 2:14, NIV).