It's how you handle it that counts.
Deb DeArmond 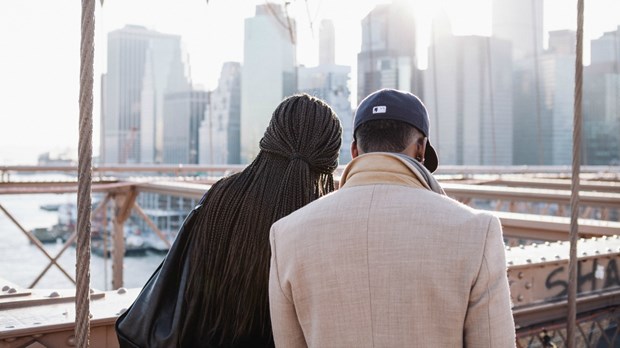 Last year, when we celebrated our 40th anniversary, each of our sons asked to have a few minutes to speak. I envisioned a lovely tribute to our marriage. I should have known better.

They were witnesses to our lives. They were there and saw it all. The good, the bad, the magic, and the tragic.

Cameron, our oldest, stepped up to the microphone: “Twenty years under their roof proved to me that my parents are not normal—at all. Not in an Adams Family kind of way. More like an America’s Funniest Home Videos kind of way.”

I admit, I got a little nervous in that moment.

I took a deep breath. He got it right. Well, half right, anyway.

As a couple, we experience what we prefer to call “​intense moments of fellowship.” If you could hear us from the next room, you might think we were fighting. Well, you’d be right. That’s normal.

People always want to know what we found to fight about over the years. It was normal stuff: too many bills with too little breathing room. Kids that made my hair hurt with their bickering. Schedules that made time for romance and intimacy a distant memory. It’s the same stuff you experience.

Life pushes on us. Hard, at times.

If I had to identify one consistent practice that held us together and molded our individual lives into one, it would not be that we never argued or became upset with one another. We did. Often. Sometimes loudly with a bit of ugly thrown in for good measure.

In fact, those conflicts were actually good for us. How did they hold us together? Because if you keep all of that in—the hurt, the anger, and the disappointment—eventually something blows up. And sometimes the result is the death of the marriage. God grieves and everybody loses.

Now, after 41 years, I’m happy to say we have figured some things out—it just took us far longer than we wish it had. We had to fight through some difficult moments. By “difficult” I mean ugly, angry, painful moments that left a mark on our hearts and tried to suck the life out of our marriage.

But we’re stubborn. We had decided long before our wedding day that this one shot at marriage was all we were going to take. One and done. Stuck like glue (which by the way is what the word “cleave” in Genesis 2:24 means). Permanent. Forever.

With the full belief that conflict is normal and we’d encounter it routinely, we realized we had to change how we viewed it. Ron and I are both strongly opinioned people who have no hesitance to express ourselves. If it was destined to be a battle to the finish, we knew we’d never survive.

What was “not normal” from Cameron’s observation during our anniversary celebration is how we handled our conflicts. We looked to the Word of God for direction; he has a lot to say on the subject. Consider these principles:

“For we are not fighting against flesh-and-blood enemies, but against evil rulers and authorities of the unseen world, against mighty powers in this dark world, and against evil spirits in the heavenly places” (Ephesians 6:12). Christian marriages do have an Enemy—it’s just not your spouse.

“Again I assure you that if two of you agree on earth about anything you ask, then my Father who is in heaven will do it for you” (Matthew 18:19, CEB). We realized we had so much at stake. Without agreement, we were on our own. And we’re just smart enough to know we couldn’t do life, marriage, and parenting without Jesus.

Over the years, from Scripture and life experience, God has led us out of the mess of painful conflict and into healthier, not-normal ways of handling fights when they inevitably arise. I’ve learned that I can only manage my behavior, and Ron can only manage his. When we try to manage one another, it always takes us someplace we don’t want to go.

Another critical idea has been understanding that we each have to take responsibility for our own bad behavior. “I’m sorry” and “Will you forgive me?” are not magic words, but they are transformative. In those brief sentences we can morph from adversaries into allies—aligned with God and back on the same side, fighting together for our marriage.

The Real Goal of Confrontation

“But I don’t like confrontation.” It’s something we often hear, and we understand completely. For those who avoid confrontation at all costs, be aware: It will cost you dearly. The unspoken resentment, hurt, or anger builds a wall between you and your spouse. Intimacy is unobtainable from the other side.

The truth is that confrontation can lead to the best possible outcome when it’s done well. Consider how the Book of John recounts the way Peter felt guilty and ashamed after the death of Jesus. He’d returned to fishing and taken some of the others with him. The resurrected Jesus confronted Peter asking him, “Peter, do you love me?” He asked three times. The Bible tells us that Peter was grieved by the third time.

So what was Jesus trying to say? What was his goal? He wanted to reconnect with Peter, let him know he was still loved, and remind him he had much to do in the Kingdom of God. He wanted to pull Peter toward him.

Do we still have our dustups after all these years? Yep. He reminds me at times when I claim that I’m passionate about something (which usually means I’ve become loud), that “passion” often feels like “pushy” to him. Ugh. Time to own up and admit he may be right.

How can two people with two different life experiences, styles, backgrounds and personalities live in harmony every day of their lives? Beats me. We have no experience with that whatsoever.

Aiming for conflict-free marriage is not a realistic goal. Fighting, frustration, miscommunication—it hurts, but it’s normal. You can aim to handle it in a way that’s not normal. Own your upset; admit you’re wrong; acknowledge, “I got a little over the top in that discussion.” Just follow the light from his Word and you’re there. Join the ranks of the normal-but-not-normal, and come on over to the bright side. It’s so much better over there.

Deb DeArmond is a highly-experienced and sought-after executive coach and an expert in the fields of leadership, communication, and relationship and conflict resolution. Deb is the co-founder of MyPurposeNow.org, a website for Christian women 50+. She is the author of Related by Chance, Family by Choice, and I Choose You Today. Her latest book is Don’t Go to Bed Angry, Stay Up and Fight, written with her husband, Ron. For more information, visit www.debdearmond.com or follow Deb on Facebook or Twitter.