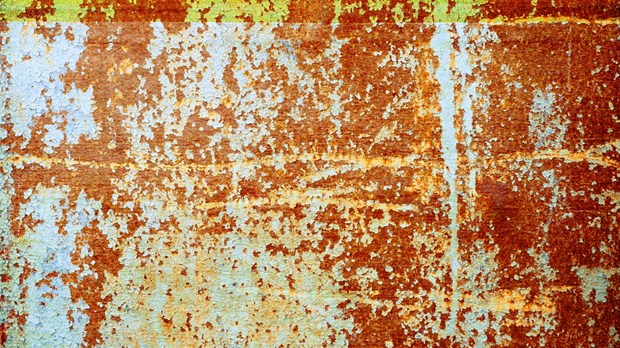 Grit. It’s one of the buzzwords humming around in boardrooms, seminars, teacher break rooms, and across the blogosphere. Identified by psychologist Angela Lee Duckworth in her popular TED talk as the key to success, grit is a simple word that sums up so much about a person. Merriam Webster describes grit as “mental toughness . . . firmness of mind or spirit: unyielding courage in the face of hardship or danger.” It’s that determined part of the human spirit that just keeps fighting.

In this week’s issue of Today’s Christian Woman we’re exploring “fight”—not simply conflict but, instead, the choice to grittily fight on when faced with difficulty.

How can you live with grit?

1. Choose joy. This isn’t about just being happy and positive. When suffering knocks us off our feet, joy is the “in your face” response that triumphs over every circumstance. Margaret Feinberg has been forging her own battle to fight back with joy as she’s faced cancer. In “Joy: The Ultimate Trump Card,” Margaret offers encouragement as you, too, choose to rejoice even when it’s really, really hard.

2. Fight bitterness. When life hurts, it’s not just about what we choose to do—it’s also about what we determine not to do. Grit means crying out to God in our pain rather than building barriers of bitterness. Sara Hagerty has waged this battle in her own journey through years of infertility and heartache. Her article, “Barren and Bitter,” will help you combat bitterness as you face your own struggles.

3. Persevere through conflict. Surfacy friendship doesn’t require much of us. We can hold these acquaintanceships loosely and if someone annoys us, hurts us, or offends us, we can simply drop the relationship and walk away. But real friendships? The honest, vulnerable, authentic bond that helps us grow in character and faith? Those demand something from us: the courage to work through conflict. In “The Gift of a Good Fight,” Ann Swindell explains how the conflict we tend to avoid can actually be a good thing for God-honoring relationships.

4. Prioritize intimacy over self-protection. When conflict divides a married couple, it takes guts to fight for resolution—but God calls us to go even one step further: to restore intimacy. While the culture popularizes “make-up sex,” truly restoring intimacy isn’t as easy as it sounds—especially when we’re still hurting or angry. In “Making Up Is Hard to Do . . . or Is It?,” Greg and Erin Smalley explore what it really takes to move through conflict to intimacy.

5. Resist temptation. The Enemy wants to draw our focus away from Jesus. As Jennifer Dukes Lee writes in “You Are Worth Fighting For,” he will do “whatever he can to set your affections on the things of this world, instead of on Christ.” In the face of such temptation, the way of integrity doesn’t come easy; so many situations lure us to step out of God-honoring character and into self-focused pleasure. This is especially magnified when we’re in a setting where we’re not accountable to anyone. In “When Temptation Knocks on Your Hotel Door,” Elizabeth Knox explores the potential stumbling blocks we face when we travel for work and challenges us to be women of integrity in the face of temptation, no matter where we are or who we’re with.

Our response to difficulty and temptation can be life-giving or
death-dealing.

The Christian life takes fight, it takes grit, it takes determination. Together with the rest of the world, we saw the epitome of such commitment as 21 Christians faced their death with the name of Jesus on their lips, martyred for their faith like the saints of old. These brothers in faith powerfully exemplified the grit that chooses Jesus, even if it means paying the ultimate price.

For most of us, our daily decisions pale in comparison to the life-or-death choice those brothers in Christ faced, yet God calls us into the same level of determined commitment as we encounter our own trials. Our response to difficulty and temptation can be life-giving or
death-dealing. Lord, give us the courage to live—and, if need be, to die—with faith that fights to the very end.