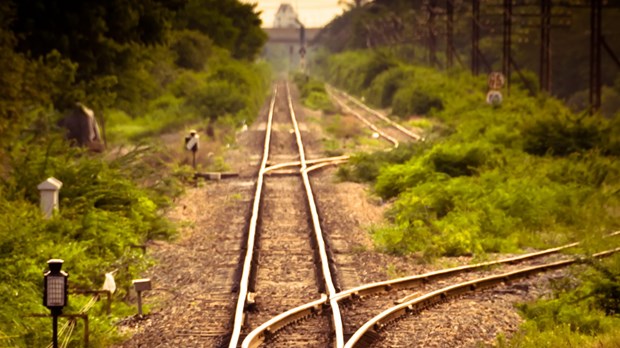 Empty. The market that stretched for miles now lay naked on the ground, raped and abandoned by the rioters.

Sitting in the back seat of my family’s silver Land Cruiser on the drive home, I stared bleakly out the window. Toi Market, where I had grown up shopping—bargaining and bantering with the different venders for clothes, fruits, and vegetables—was nothing but gray ash. Blackened wooden beams strewed the ground amidst bits of charred clothing and produce. So this is what a civil war looks like: the product of a lustful vengeance set loose to ravage its victim.

Growing Up in a War Zone

I was 14 when the clashes broke out in Kenya in December of 2007. The fighting erupted at the announcement that Mwai Kibaki had been re-elected as Kenya’s president. Everyone believed his party rigged the election, so it wasn’t a surprise when the opposing party retaliated with riots. But this was more than an expected election response.

Tribalism—that I, in my young naivety, didn’t know existed—had been stewing for years, and the pot was boiling over in full force. The violence was planned. Members of the Luo and Kalenjin tribes across the country began massacring their Kikuyu neighbors with whatever tools they had, be that guns or machetes.

Together with two other missionary families, my family prayed in the new year to the sound of gunshots as people killed each other on the streets directly outside my house. The next morning, tear gas stained the sky a dusty brown.

At my father’s directions, I packed a backpack in case the U.S. Embassy declared an evacuation. Many missionaries left the country, but my parents decided to stay. “God could use us now,” they told me and my brother.

The fighting worsened in the coming days. In the streets, rioters threw burning tires into oncoming traffic and pulled people out of city buses, demanding they repeat certain words in order to classify their accents. If they distinguished the rolling r’s of a Kikuyu, they killed the individual, just like that.

My father left home every day, heading into the war zone outside the walls of our property, coming home with stories of rushing people with chopped-off limbs to the hospital and of evacuating church members from dangerous locations.

My family moved to Kenya in 1997, caught up in Christ’s last command to go to the ends of the earth and preach the Good News to all nations. God had called my father, mother, brother, and me to share Christ with those who had never before heard the name of Jesus. I couldn’t ask for a better life.

But when a national crisis occurs, everyone is affected, and everyone’s roles change. The repercussions of Kenya’s civil war manifested themselves in every household.

We’d been called to serve as church planters, but suddenly we were thrust into new roles. During and after the clashes, my family instantly filled the positions of relief workers: my father evacuated people from dangerous areas of Nairobi and rushed the wounded to the hospital, my mother counseled distraught teenagers and children, and my brother and I and served in whatever capacity we were instructed to help in.

Aid workers erected tents at the local racecourse to house the hundreds of internally displaced people who now had no homes to return to—if they could, they would never choose to go back. Our church sought to provide relief for the new occupants.

“We’re called to minister to these people,” my parents told me. The need before us was our calling. And so, I spent several days going to the camp for internally displaced people, playing with the children and listening to people’s stories. I prayed for them. My friends and I, behind a bedsheet stretched taut between two people, performed puppet shows based off of Bible stories to entertain the children as their parents stood in long lines to receive food.

Sometimes you pray about a change in roles—about marrying this person, about taking that job, about moving to that country. But sometimes you don’t have time to think and pray about a new transition. Sometimes it catches you off guard, surprising you with a force that demands an immediate response.

God called us to Kenya, but the job descriptions were not as defined as I thought. Seven years have passed since the clashes ended. My family has reverted to their original roles as church planters, but the results of those months of turmoil left us changed. I know God differently and have a new perspective on the meanings of the words heartache and sorrow. I still interact with people who suffer from the loss inflicted during those weeks. The wounds of those months have healed into scars.

As Christians, we may spend much of our time talking about finding our calling. But I think we can never know completely what God has specifically ordained us to do. God does not respect job descriptions, and he rarely warns us of what is about to happen.

This past year I reread the biblical story of Esther and identified with the heroine in ways I had not previously considered. She, too, witnessed the ugly hatred of one people against another. She, too, found herself thrust into a situation she had not anticipated.

What thoughts swarmed through the Jewish queen’s mind the day Mordecai implored her to go to the king to plead for the lives of her people? How did she feel when she found herself thrown into her own national crisis? Did she feel confused when Mordecai told her, “Who knows if perhaps you were made queen for just such a time as this? (Esther 4:14).” Did she feel cheated when she realized her calling included more than she originally imagined it would?

But Esther didn’t refuse her uncle’s request, and my family didn’t leave in response to the civil war. God used Esther to save a people group, and he used my family to serve hurting people during a dark time in Kenya’s history.

God gave my family the grace to face the situation we found ourselves in. He did not ask us to prepare for the violence months, or even days, in advance. All he asked of us was to respond to the challenge placed before us. This is all he ever asks.

Nichole Coates grew up in Nairobi, Kenya, before moving to the States in 2011 to attend college. She will graduate in May of 2015 with a degree in digital journalism from John Brown University.