Finding hope and identity in God after my miscarriage
Maggie Johnson 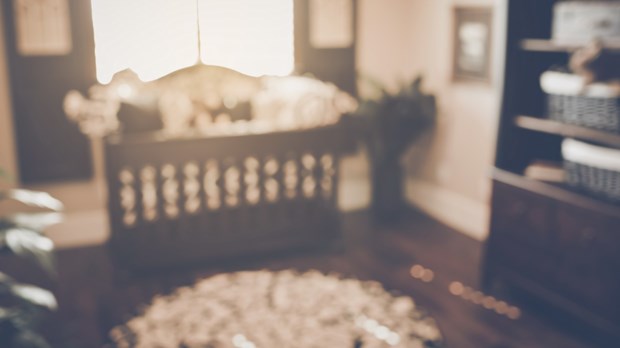 Almost two years ago, I had a miscarriage. It was the most knot-in-my-stomach, speechless grief I had ever experienced. If I’m being honest, I still struggle to make sense of it. Miscarriage and the overall experience of infertility have the tendency to create an isolating effect on their victims. They point the accusing finger that invades the quiet, unconscious (and sometimes even conscious) mind, asking: Are you a real woman? Do you even have what it takes?

There’s an unspoken idea running through many Christian circles that the pinnacle of biblical femininity is achieved by bearing children. This can be damaging for women who desire to become mothers but cannot physically do so for one reason or another. This pervasive line of reasoning creates a culture of shame that engulfs many of us. For me, that shame manifested in the form of the questions of inadequacy that haunted my mind.

I still have an insatiable desire to be a mother. The ache is invisible, but it is also quite tangible. It comes unexpectedly—on days when I should be focusing on the career I’ve so eagerly built, or when older ladies tell me I should wait as long as I can and enjoy just being married. It is then that the ache hits and, in my mind, I silently answer back:

But I see and admire how you all disciple your kids, and I want to know that joy and struggle for myself.

I want to know that whole other dimension of my husband—the part of seeing him being a father to his own kids.

I want to relate to you and you and you. I want to be able to join in the conversation about what it’s like to carry and grow a child inside of my own body.

Of course, these are not the kinds of things you voice during the three-minute “greeting time” at church. I don’t want pity for my lot, but I also don’t want pat answers. As one who often thinks in black and white, my miscarriage has forced me to re-evaluate my perspective and realize that life is often lived in the gray.

Drawing Near to God

The isolating nature of thoughts like these can lead someone struggling with miscarriage or infertility to feel invisible. That’s what happened to me. I started feeling like I was unseen, just like my ongoing ache. I want to do the woman thing! I want to have babies! That’s not a bad thing to desire, I reasoned with God. As my ache grew, so did my feeling of uselessness. I began to feel like even God didn’t see me.

Like the writer of , I began comparing my life to others. Specifically, I began comparing myself to people who don’t love Jesus. I’m pretty sure I could have written this psalm when I read, “They seem to live such painless lives; their bodies are so healthy and strong” (verse 4). But there’s something about the presence of God. His tender compassion began chipping away at the stone that had grown around my heart. And once again my prayers began to mirror those of the psalmist: “Then I realized that my heart was bitter, and I was all torn up inside” (verse 21). Being bitter is such a heavy weight to carry, especially when it’s compounded by grief. I was ready to put the bitterness down and move toward healing.

I’m slowly replacing the belief that my femininity depends on my childbearing abilities with the knowledge that God’s goodness is not dependent on me.

The sting of grief is great, but the goodness that comes from God’s presence is greater. Once again, the truth declared in Psalm 73 ran parallel with my reality: “My health may fail, and my spirit may grow weak, but God remains the strength of my heart; he is mine forever. . . . But as for me, how good it is to be near God” (verse 26, 28). My goodness is derived from being near God even when I feel isolated, misunderstood, unseen, or useless. He is near even then.

I’m slowly replacing the belief that my femininity depends on my childbearing abilities with the knowledge that God’s goodness is not dependent on me. This has been a freeing truth to internalize, especially since I have no control over whether or not I’ll be able to carry a child to full term. It does not remove the ache—the yearning I have to be a mother and nurture little hearts under my own roof—but it does help to realign my heart with his.

As a woman who wants to be a mother but who also just wants to be actively involved in cultivating goodness and love where I am now, I have found grace abundant. In his book, Messy Spirituality, Michael Yaconelli says, “The power of goodness is found in the tiny. Since the beginning, God has chosen the tiny over the large: David over Goliath, Gideon and his three hundred soldiers over thousands of Midianites, Elijah over the prophets of Baal, one sheep over the ninety-nine sheep. Spirituality is about doing the tiny work of God, little acts, small responses to God’s presence in our lives.” God’s grace permeates the tiny. He saw the small, seemingly insignificant and invisible people. He used those people to create a revolution, to heal people, and to spread the news of redemption.

This brings me to my knees, over and over. I have felt invisible, yet God sees me. I have felt isolated, yet he meets me where I am. I have felt useless, yet he shows me the value I have in his kingdom. These things aren’t quick fixes for the heart, but they are life jackets to cling to in the storm.

My miscarriage left me feeling all of these things: invisible, isolated, and useless. Like many realities, healing is a process, and I’m currently right in the middle of it. Part of my process is choosing to actively participate in the tiny work of God. I’m practicing my little acts of love, my small responses to his overwhelming grace. Like scales on the piano that sound clunky at first, I’m practicing and learning to be whole. Praise God that he did not leave me as I was and that he will not leave me as I am now. I believe the nearness of God is my good. Even on days when only a sliver of myself believes it, I will sing loud until the passion floods me again.

Maggie Johnson is a writer, wife, and social justice junkie. She lives in Indianapolis with her bearded husband where she serves as the women’s ministry coordinator at her church. Visit her website or follow her on Twitter.