Fight the out-of-town attitude that can lead to big mistakes.
Elizabeth Knox 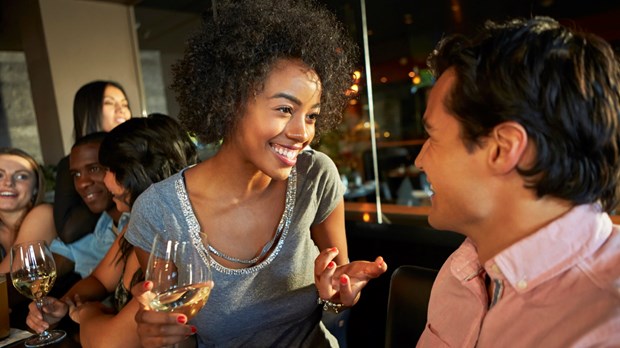 My mother-in-law is always a fun-loving woman, but put her on a dance floor on vacation, and she really has a good time! Once a friend asked her if she was worried what others thought and she replied, “It doesn’t embarrass me. I’m not from around here! I have an out-of-town attitude!”

Having an out-of-town attitude can lead to behavior that’s harmless, like dancing like it’s 1999 on a ski trip with friends, or singing karaoke on a family cruise vacation. But there can also be negative implications to an out-of-town attitude. It can be tempting to believe that when no one we know can see us, our behavior doesn’t count.

We all regularly engage in behaviors we wish we didn’t want to engage in, so take comfort in the fact that you aren’t alone in your struggle.

A common time for this temptation to creep in is on work trips, when you may find yourself drawn to do things you wouldn’t otherwise do. Whether it’s staying up too late, having too many drinks with a colleague, binging on room service, or watching an “adult film,” temptation is easier to give in to when you’re in unfamiliar surroundings. While it’s easy to think that men are the only ones who struggle with inappropriate sexual behavior, an article in Psychology Today states that “10 to 25 percent of heterosexual married women will have an affair during their lifetime” and, often, that behavior is linked to relationships that start in the workplace.

If you travel for work, you probably know what I’m talking about. You’re on a break from your normal responsibilities. You’re jet-lagged from traveling and tired from a long day of meetings, and then one of those things-that-you-shouldn’t-do-but-want-to-do presents itself and suddenly you don’t have the energy to fight yourself, your sin nature, or even the spiritual warfare that might be taking place.

But fight you must.

As it turns out, neither you nor I are the first people to encounter this fight against ourselves. Even the apostle Paul had to battle himself. In Romans 7:18–20 he says:

We all regularly engage in behaviors we wish we didn’t want to engage in, so take comfort in the fact that you aren’t alone in your struggle.

While the temptations may be the same when you’re at home, traveling for work can amplify them. If you know what your “usual” out-of-town temptation is, find other people who’ve struggled with the same thing. Learn from how they’ve fought and won, and lean on them for accountability.

I don’t want to have to struggle against these things. I’d like to think I could stand in the face of temptation without any effort. I should just be able to stay out late with handsome colleagues without feeling the temptation to flirt with them and drink too much. I should be able to think about ordering that second dessert but have the self-control to say, “No thanks.”

Surround yourself with people who are actually trying to let their behavior be a reflection of Christ.

I somehow think that I should be able to magically resist the allure of these temptations without having to actually resist anything. I want to avoid the tension of dual desires. I don’t want to be in anguish over trying to not make a particular choice. This gets even harder when traveling. The intense pace of business travel, especially with non-stop meetings and little time for spiritual discipline, can sap my energy. That makes it harder to resist temptations that sneak in as soon as I close the hotel room door.

I find myself asking the question, Shouldn’t it be easier? But maybe the real question is, How can I get stronger? How can I build myself up so that I’m prepared for the actual fight?

Think of a professional fighter: a boxer, for example. Did Manny Pacquiao just walk into the ring one day and expect to take down his rival? No! He’s spent months, even years, training and refining his skills.

So, when was the last time you spent days or months preparing to face a particular trial? Have you tried to build your spiritual muscles in regard to your particular fight? Are you praying about it regularly? Are you finding Scripture to hold in your heart so that you don’t sin against the Lord ()?

Instead of secretly looking forward to a chance to ( fill in the blank ), when you get done with meetings, look forward to a chance for renewed intimacy with God by relying on him to help you face your temptations. Spend time on the plane praying about them. Develop a plan to combat them and ask others to help you. Once, while on a business trip, I was in the middle of an intense battle against temptation. A dear friend dropped everything to talk to me on the phone for three hours. That conversation kept me from royally screwing up. How can you surround yourself with people like that? Or how can you be a friend like that for someone?

The out-of-town-attitude can have some negative implications, but try turning this attitude on its head. What are some positive things you could do without the pressure of your normal routine? Think about it as a chance for “anonymous do-goodery.”

There’s a reason why ministry groups take people to other cities for things like evangelism training. It seems less threatening to talk to someone about spiritual things when you aren’t worried someone you know will walk by. Take that attitude with you on your work trip. Pray for God to bring someone into your path who needs a listening ear. Pray that you can show that person God’s love.

What if, instead of having dinner with that handsome, funny colleague who might tempt you to make a bad decision, you made it a point to go to a restaurant and talk to your server? Get to know your server and find out what his or her needs are. Then, if you’re able, leave a tip big enough to cover something they need.

Or if there’s a city you travel to regularly, find a nonprofit organization that needs volunteers where you can spend time each visit. It’s a great way to serve the city you are temporarily working in.

It doesn’t have to be a “spiritual” activity. Find something fun in the city you’re working in that you would never try at home. Trampoline park? A movie alone? City exploration? A tour or a cool museum? Give one of those a shot some evening after your meetings are over.

When you face temptation, remember your true identity. You are delighted in, you’re a child of God, you are set apart, and you’re no longer a slave to sin. Stay present in that reality. Live that truth. Whether you are in town or out of town on business travel, don’t be afraid to fight the out-of-town attitude and be who you were created to be.

Elizabeth Knox is a local group leader for 4word’s Washington, D.C., area, and she’s the author of Faith Powered Profession. Connect with her at ElizabethKnoxOnline.com or on Twitter at @eknox_online.