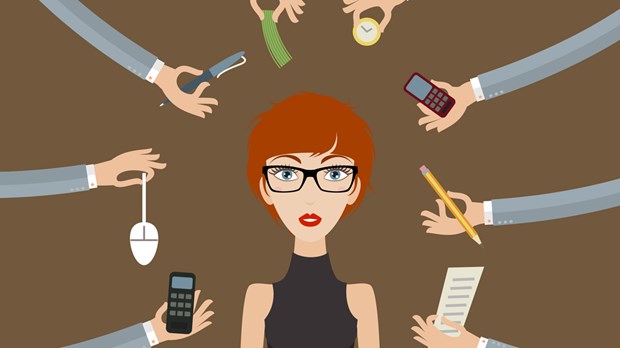 When the topics of compensation and gender enter the same conversation, things can get a bit heated. This was the case as the world’s highest paid actress, Jennifer Lawrence, recently penned a response to the late 2014 Sony leak that disclosed she was compensated less than her male co-stars in American Hustle. Surprisingly, Lawrence didn’t get mad at Sony, but she instead got mad at herself. Why? “I failed as a negotiator because I gave up early,” she says. “I didn’t want to keep fighting over millions of dollars that, frankly, due to two franchises, I don’t need.”

Although Lawrence openly admits her experience as a working woman isn’t “exactly relatable,” there is one element of her experience that many women can relate to: We want to be liked and don’t want to come across as “difficult” or “spoiled,” as Lawrence puts it.

Linda Babcock, an economist at Carnegie Mellon and co-author of the book Women Don’t Ask, found that only 7 percent of women attempted to negotiate their initial job offers, while 57 percent of the men did so. Why? Yes, negotiating well is hard work; it takes a delicate balance to be an advocate for yourself yet still show respect to your boss and company at the same time, but I think it stems from this idea Lawrence suggests: Many of us are people-pleasers and peacekeepers at our core. It’s in our personalities; it’s how we were created, how we were raised.

Recently I enjoyed reading a humorous article by Alexandra Petri in The Washington Post that juxtaposed famous quotes by men with how a woman would have to say them in a meeting. My favorite pairing was when Moses delivered God’s message to Pharaoh to “Let my people go”:

Woman in a Meeting: “Pharaoh, listen, I totally hear where you’re coming from on this. I totally do. And I don’t want to butt in if you’ve come to a decision here, but, just, I have to say, would you consider that an argument for maybe releasing these people could conceivably have merit? Or is that already off the table?”

Though the response may be a bit exaggerated, the point is still made: Whether intentionally or not, many people label strong ambitious women—women who are not afraid to negotiate and go after what they want, who are not afraid to speak truth when needed—as “aggressive” or “intimidating.” In this issue’s cover story, Christianity Today magazine’s managing editor, Katelyn Beaty, delves further into this discussion of women and ambition.

I believe it’s important for all women to be able to make their voice heard, but it is especially important for Christian women. We serve a God who works through us. When God asks us to advocate for something or someone on his behalf, we cannot afford to be timid. When we hear his call, we should respond. But what if we’re confused about our calling? Read Diane Paddison’s article on four myths that just might be getting in the way of you fulfilling your God-given calling.

We think of Jesus as being gentle and kind, and we pray to a God who seems to speak in whisper. But we also know our Jesus to flip tables when he sees injustice, and we worship a God whom David describes as sounding like thunder.

May the Holy Spirit give you the wisdom to whisper and the courage to thunder the truths he reveals to us.