He wants to change us, not shame us.
Deidra Riggs 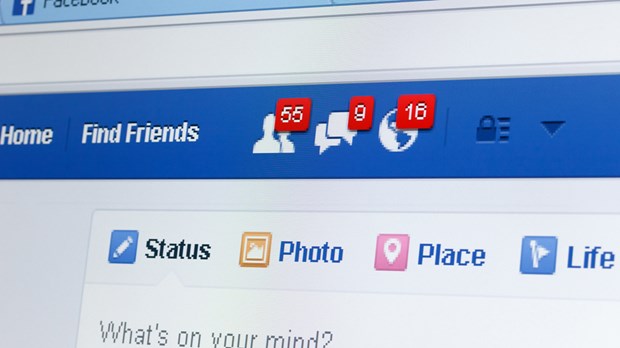 Who wants to set herself up for being publicly slammed, shamed, or shunned? Not me, that’s for sure. And I imagine your feelings about public humiliation are pretty much the same as mine.

If our only experiences with being told we’ve made a mistake come from the bosses we’ve had, the trolls on social media, or the people we accidentally cut off on the freeway, the idea of freely giving ourselves over to God’s evaluation of our choices may seem a terrifying prospect. We may expect God to handle correction the same way we do: shaming, blaming, discouraging. But we would do well to flip the script and let the way God does things serve as our example.

When God corrects us, his discipline radiates toward us as a reflection of his character, which is love (1 John 4:8). When God points out where we’ve missed the mark, his goal is to lovingly convince us his way is better—for us and for others. We feel a gentle nudge somewhere close to our heart (or our gut or in the back of our head), and we know it’s time to reconsider, reevaluate, and recommit that area of ourselves to him. This process of conviction—God coming to us in the quiet places and leaning in closely with soft eyes and a gentle voice—brings us into agreement with him. We realize that, yes, we have indeed fallen short.

Conviction is when God shows us where we got off track and, because we agree we’ve taken a wrong turn, God lovingly sets us back on the right road. God points out our missteps because of his great love for us. He desires an intimate relationship with each of us; he leans in close, inviting us to clear away the obstacles that obscure our view of him. Even in his discipline of us, God’s motivation is love. God is always, always calling us to himself.

The Language of Condemnation

In a world where it’s so easy to disparage and vilify another child of God for her politics, parenting, or perspective on the world, we have sadly become very accustomed to condemnation. In the midst of 24-hour news cycles and our own clamoring to be heard above the noise, God’s gentle way of convincing us we can do better gets lost in the cacophony of taking sides, building walls, and pointing fingers. While God is gently beckoning us to come closer to him and to one another, the world works to widen the gap between us and our neighbors and, by extension, between us and our God-given callings.

Beaten down by all the ways the world tries to tear us apart, we turn on ourselves with words that sound like, I’m too old, too young, too big, too small, too dark, too light, and so on. Our language takes the form of condemnation, even in the things we say about ourselves. As a result, we often wrongly convince ourselves we can’t possibly make a difference in the world for good.

Eugene Peterson in The Message identifies what it’s like to live in a mindset of condemnation. Peterson’s paraphrase of Romans 8:1 says condemnation is like living “under a continuous, low-lying black cloud.” Under this cloud, our hope runs thin. Our love grows cold. The Enemy of our souls kicks his feet up on the coffee table and lets us believe we’ll never measure up.

But, when we submit ourselves to the still, small voice of God calling us back to the narrow way, Romans 8 goes on to say, “The Spirit of life in Christ, like a strong wind, has magnificently cleared the air, freeing you from a fated lifetime of brutal tyranny at the hands of sin and death” (Romans 8:2, The Message).

God doesn’t broadcast our missteps to the world. He doesn’t bash us on Facebook. He doesn’t unfriend us or walk over to the other side of the street when he sees us coming. God doesn’t rally a group of his friends against us when we sin. Instead, God leans in close—defying logic, destroying convention, clearing the air—and shows us a different, better path.

The lies we tell ourselves are not from God. The words we use to condemn others (political candidates, people who don’t look like us, people who cut us off on the highway, people who seek to terrorize) make us sound the same as everybody else. But God is quietly, gently, softly wooing us back from a culture of condemnation. There is a better way.

Each day, we have a choice to invite God to point out the places where we get it wrong. When we recognize God’s motivation and understand that he seeks to draw us closer to himself rather than condemn us, God is free to gently shape our character to become more and more like his. We begin to see the world—and the people in it—the same way God sees it. Over time, the dark cloud dissipates, and we begin to hear God’s voice above the chaos and the shouting. That’s when we realize he’s been there all along, gently showing us the way.

Deidra Riggs is an influential blogger at her own blog, JumpingTandem, as well as DaySpring’s (in)courage and TheHighCalling.org, for which she is managing editor. She has been a speaker for TEDx and has organized her own women's retreat, hosting speakers like Lisa-Jo Baker, Holley Gerth, and many more. Her first book, Every Little Thing: Making a World of Difference Right Where You Are, released in fall 2015 (Baker Books). She and her husband have two adult children and live in Lincoln, Nebraska. Learn more at DeidraRiggs.com.