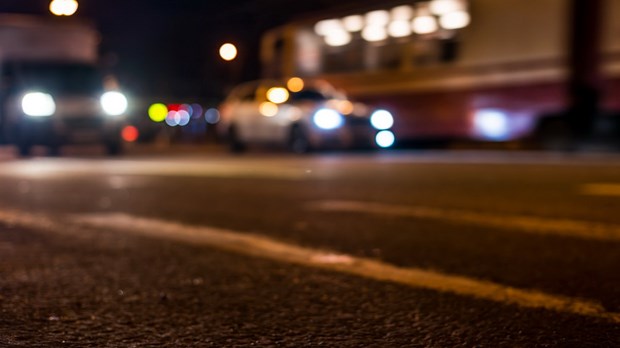 When Ashley Smith left her apartment to get cigarettes at 2 A.M. on March 11, 2005, she was thinking about two things: organizing her new apartment and visiting her daughter the next morning—a daughter she’d lost custody of after years of heavy drug use and whose father had been stabbed to death.

As she walked back to her apartment that night, Brian Nichols, a man on trial for rape, went on a killing spree after his escape from the Fulton County Courthouse. He followed Ashley to her door, put a gun in her face, and forced her into her apartment.

For the next seven and a half hours, Smith and Nichols sat and talked. At 9:30 A.M., Nichols let Smith walk out of her front door and drive away—then he surrendered to the police.

TCW connected with Ashley to find out how that night changed the course of her life.

What was your life like before Brian Nichols held you hostage?

I was raised in a Christian home. I’d accepted Christ when I was seven, and I lived out my faith for much of my adolescent life. But as I became a teenager, I got into drugs and all the negative things that the world had to offer. As I entered my twenties, I suffered several tragedies: My husband was stabbed to death in front of me, I was so far into drugs that I lost custody of my daughter, I’d been in a serious car accident as a result of drug-related psychosis, and I’d been checked into a mental institution. You name it, I’d been there.

At that point, I was trying to put my life back together. I was going to school and working two jobs, but I was struggling with drug use, and I still couldn’t have custody of my daughter. I’d gone to rehab, but I’d fallen off the wagon.

A month and a half before Brian Nichols held me hostage, I went to church with my family and my little girl. I picked up a copy of The Purpose Driven Life because it had a question on the cover: “What on earth am I here for?” I thought, Well, I’m not a mom anymore even though I want to be, I’m not a positive influence on anyone, and I’m a really crappy person. What am I here for? I started reading and just let God penetrate a little of my life. I’d made so many bad choices that I felt like God didn’t love me anymore. But that book reminded me that there was nothing I could do to make God stop loving me.

What went through your head when Brian showed up?

I saw him when I left to go to the store for cigarettes, and I thought he was a neighbor. But when I came back he was still in his truck. When I got out of the car and heard him walking behind me, I started to pick up the pace.

Then he was right behind me with a gun, and I thought, This is it. I’m not going to change. There’s nothing left on earth for God to use me. This is what I deserve. I’ve run for so long, and this is what’s left of my life. I’m going to die.

Shortly after Brian took me in the house, he told me who he was. I kept thinking, He could rape me or beat me, but if I can just crawl out of here alive, I can maybe put my life together. But as things unfolded, I saw God protecting me.

Brian asked if I had any drugs. I had some leftover meth, and it wasn’t well hidden, so I knew if I lied he’d find it anyway. I told him where it was, and he asked me three times if I wanted some too.

It was like Jesus Christ jumped in the body of Brian Nichols and said, “Ashley, do you want this life anymore, or do you want a different one? Because if you say no, I’ll give you a different life.”

I looked at Brian and said, “No. Whether I have 5 minutes or 50 years to live, I never want to do drugs again.” And thank God, I haven’t.

That was when God showed me he was in control from that point on—completely. People believe you have to act, look, or talk a certain way to even step foot in the church, but that’s so wrong. God wants us when we’re broken—that’s when he does the most work.

God used that night for me and Brian to talk. We talked about sin and about God’s forgiveness, and I kept urging him to turn himself in. God showed me that Brian Nichols had made bad choices just like I had—he was a sinner just like me. I hadn’t killed anyone, but I had chosen drugs over my child. I told Brian, “God still loves us no matter what.” And God still loves him now.

Eventually, he agreed to let me go. I believe God orchestrated this event in my life to give me an opportunity to choose change.

How did God use this whole scenario to redeem your life in the bigger picture?

Afterward, I remember seeing my face on the cover of the Atlanta Journal with the caption, “Angel Sent from God.” But the truth is that I was just a broken, broken person who happened to reach out to God that night for anything he had left for me. Thankfully God worked it out better than I could have ever expected.

My life immediately changed. From the moment I walked out of my apartment that morning, God set me free, and I felt different. But I also knew it would take time to show the people I loved that I had truly changed.

I started praying for my friends and asking God to put me where he wanted me. He moved me back from Atlanta and reunited me with my little girl, in a house with my aunt and uncle, and it was like having a mom and dad again. I wanted to be Paige’s mom again—I wanted all the good things God had to offer me.

People wanted me to write a book, and my family prayed over how I should tell my story. I felt God say, I want you to tell people what I did for you. Writing Unlikely Angel was very healing for me. I was no longer on drugs, and I wasn’t trying to cover up any negative emotions. It was a brutal process, but it was really amazing. Soon I went around the world and shared my story—I still continue to do so.

In 2006, I rekindled an old relationship [with Daniel Robinson]. We got married and had a baby, and now I’m an X-ray technician.

How do you feel about your story being told in the new movie Captive?

The first time I watched the movie I thought, Oh it’s nothing. It’s just my story. But I needed a box of tissues in the first scene! I realized then that it would be incredibly emotional to watch. I’ve seen it five or six times since, and each time something else tears at my heart.

I’m good at putting the past behind me, so when I see it all come up in front of me, it hits me again. But I also know this story is going to change people’s lives, and I’m ready for that to happen.