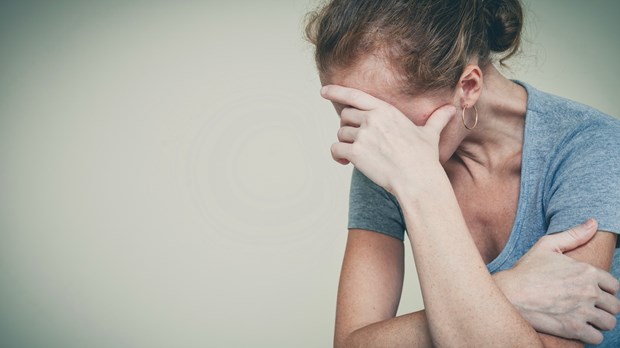 As a manager, I can usually tell when my employees have a problem with self-doubt because I see them pulling back when they should be pushing forward. They don’t raise their hands when I ask for someone to take the lead. They don’t apply for promotions, even though they might be qualified. They don’t challenge the assumptions or misstatements of others, even when they should. The irony for many managers is that these self-sabotaging employees often possess tremendous potential, apparent to everyone but themselves.

When people doubt themselves, they tend to project that doubt onto others. That perceived lack of confidence leads others to assume that they can’t handle hard assignments or won’t achieve desired results.

Evidence and personal experience suggest that pervasive self-doubt especially plagues women. From workplace choices to parenting decisions, men tend to, if anything, overestimate their competence while women consistently underestimate theirs. Some consider it a “confidence gap” between men and women. Others have talked about “imposter syndrome,” where people routinely assume that they don’t deserve to be where they are, and they fear exposure. One author I recently heard interviewed described the problem in terms of an overactive or unchecked inner critic. The author, Tara Mohr, describes the inner critic as an extreme, repetitive, pessimistic voice of doubt and fear.

I think of myself as self-assured, but as Mohr explained her conception of an inner critic’s voice, it resonated with me. In 2008 I had just accepted a dream job as COO of a global real estate company. I spent most of my career working for just one company, and it was a place where I felt comfortable and capable. This job came with big challenges, different working styles, and new corporate values. I felt that my skills and experiences were up to the task, on paper, but I was haunted by a nagging voice of doubt nevertheless: You’ll never fit in here. They don’t respect your values. They don’t empower their people. This can’t work.

I didn’t have a name for it then, but today I would call that voice my inner critic. Ultimately, the job didn’t work out for me. I don’t think the situation would have ended differently if I hadn’t had that nagging inner critic, yet I can see the toll those negative messages took in terms of energy, joy, and stress.

An unchecked inner critic can damage your career and your happiness, but far worse is the impact it will have on your faith. Consider closely what that inner critic sounds like and what it accomplishes. The voice of your inner critic is one of isolation, destruction, and ugliness. It cannot come from God, the giver of abundant life. It can only come from one whose aim is to “steal and kill and destroy” (John 10:10). The messages that voice conveys are disrespectful to God’s good work in you, and they distract from the work God has laid out for you to do.

To put your inner critic’s lies to rest, start with God’s truth. Think of it as a kind of armor, like what’s described in Ephesians 6. Meditate on God’s Word. Lean into the fullness of his character and grace. Pray for guidance and wisdom in assessing all the messages you receive (internal or otherwise) about who you are and who God is. In this way you can “be strong in the Lord and in his mighty power” (Ephesians 6:10).

When I hear people being too hard on themselves, my first instinct is to try to set them straight. “You’re more prepared than you think you are!” “You can do this!” “I believe in you!” Have you ever tried to have that conversation with someone? It doesn’t tend to go well. Most of the time it has no impact at all. Sometimes you end up feeling that you’ve somehow made the situation worse. Mohr’s research suggests that reasoned arguments are in fact exactly the wrong approach.

That destructive inner-critic voice stems from fear; it’s not grounded in reality, so it doesn’t respond to factual arguments. If your inner critic is telling you that you aren’t qualified to do something, hearing someone else say that you are qualified might only make you doubt their judgment. Hearing that they believe in you might actually raise the stakes and make the prospect of failure even more terrifying.

Many strong women do their best to push doubt away by trying to ignore or hide their inner critic. They don’t want to talk about it or acknowledge it because they know it’s wrong. But hiding self-doubt can result in not dealing with it. A better approach starts with learning to recognize and acknowledge your inner critic.

Not all self-critical thoughts are destructive or even wrong. Sometimes you really aren’t prepared. Sometimes you do need to take extra precautions. So how do you tell the difference between a destructive inner critic and being realistic with yourself? Mohr recommends that you pay close attention to the tone of the critique. The inner critic is anxious, negative, repetitive, and fatalistic: I can’t apply for that job. I’m not qualified. I’ll bet the other applicants have more experience than me, and there’s no way I’ll even get an interview. I’d be in over my head.

Realistic assessments, on the other hand, are not so emotionally charged. They are solution-focused and tend to be more open-ended, generating further questions or potential actions: I wonder if I’m really qualified for this job. What could I do to find out? If they give me an interview, I’m going to need to be prepared to address that réésum gap.

Once you separate out the realistic concerns, put a name to the inner critic. “Take captive every thought to make it obedient to Christ” (2 Corinthians 10:5, NIV, emphasis added). There is real power in saying to yourself: My inner critic says I’m not smart enough to handle this. To follow that thought further, consider what underlying fear might be at play.

The next step is to set the thought aside. Once you’ve acknowledged the doubt and where it comes from, it is easier (with practice) to move past it.

If you suffer from entrenched self-doubt or you’re interested in more strategies for dealing with it, seek solid mentoring or coaching. In this particular area, experienced counsel can make a huge difference.

Confidence does not imply a lack of doubt. True confidence is built on secure knowledge of who you are, an understanding of where your true value lies, and the ability to assess and manage the doubts that do arise.

Richelle Campbell contributed to this article.