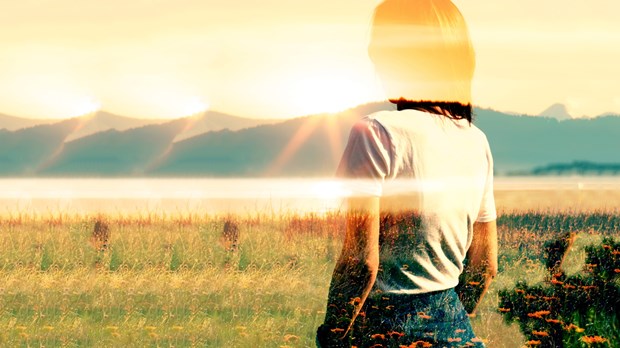 As we chatted on my friend Nancy’s front porch, Nancy revealed something about her family of four that surprised me: “We have enough money.”

That wasn’t something I was used to hearing folks say. It seemed like something more appropriate to whisper. In fact, I suspect that more of the people I know would confess to tax evasion or marital infidelity than would admit, in front of others, that they have enough resources.

As I drove home from Nancy’s house, I continued to noodle on her absurd confession.

Although Nancy and I have different income levels, her announcement reminded me that I also have enough. My children and I have a comfortable home, running water, indoor plumbing, clothing for every season, and food on the table each day. Though I do have a few friends whose income is not enough to house and feed their families, the daily needs of most folks I know are being met—even if making it from paycheck to paycheck is a struggle.

So why, I began to wonder, should it seem scandalous to hear an admission of sufficiency? Why would something so benign feel so scary?

Maybe, I mused, if we were to admit we have all we need, we’d realize we really don’t need to keep gunning to earn more money.

Maybe if we were to admit we have all we need, we’d be forced to acknowledge a heavenly provider who is good.

Maybe, if we were to admit we have all we need, we’d also have to admit that we don’t need to acquire more.

Maybe, if we were to admit we have all we need, we’d realize that God intends to provide for other people by means of our “more than enough.”

It became clear why I’ve never heard anyone other than Nancy say they have enough. It’s a scary thing to admit because it threatens to require something of us. So we conceal—or at least don’t verbalize—the evident reality.

Daily we’re bombarded by voices promising we’ll be satisfied only if we acquire more. Jay Walker-Smith, president of the marketing firm Yankelovich, says that we can be exposed to as many as 5,000 ads a day. Without ceasing, the voice that lies torments, You don’t have enough. You’ll never have enough. You need more. You deserve more.

The voice insists that happiness is found in the consumption of stuff—of food, entertainment, substances. Even though we know better, this voice is persuasive.

Joshua Becker, who blogs at Becoming Minimalist, reveals, “We all know, deep-down, that happiness cannot be bought at a department store—more is not necessarily better. We’ve just been told the lie so many times we begin to believe it.”

But Jesus invites each one of us into a way of life that’s radically countercultural by teaching us to petition the Father for our “daily bread,” which is the ancient way of saying “enough.” Though our temptation is to believe that this teaching is meant for others (rich folks believing it’s meant for poor folks and vice versa), Jesus’ instruction sets every one of us free.

As we choose to reject the death-dealing lie of the Enemy by thanking God for the day’s “enough,” we tip our ears toward the one who loves us. The voice to be trusted says, If you don’t have enough, believe that I delight in meeting your needs. If you have enough, know I’m setting you free from the mad scramble to gather more. My good design for you is that you would share your more-than-enough with those in need. This is what you’re made for. 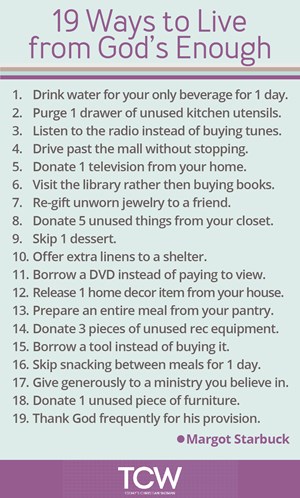 If we listened to that voice, we’d experience satisfaction.

If we took it seriously, we’d limit our consumption.

If we responded to it, we’d express our gratitude.

But choosing to agree that we have enough is counterintuitive and countercultural. No one’s buying billboard space to sell the satisfaction God is offering for free. This notion flies in the face of everything advertisers and financial planners have conditioned us to believe. But agreeing with this voice opens the door to the most wonderful way to live. It’s how God designed us, and it’s where we taste life that really is life.

Every day, you and I have the opportunity to agree with the voice that is true.

You agree when you’re able to tell someone you trust, “I have all I need.”

You agree when your rote dinner table prayer explodes into genuine gratitude and trust in a provider who is good in every moment of every day—even, and maybe especially, when times are tight.

You agree when you keep driving right past Target, Walmart, Marshalls, and T.J. Maxx without zipping in to see what’s new.

You agree when you choose to give with wild generosity, or give a little more than what’s comfortable, in order to meet the needs of others.

Whether you’re a person of wealth or someone who is closer to the lean edge of enough, God invites you to trust him daily by taking baby steps. When the voice that lies hisses to your heart, triggering anxiety, announce out loud what my friend Nancy said to me: “I have enough.”

Despite what you’ve been hearing, you really do. 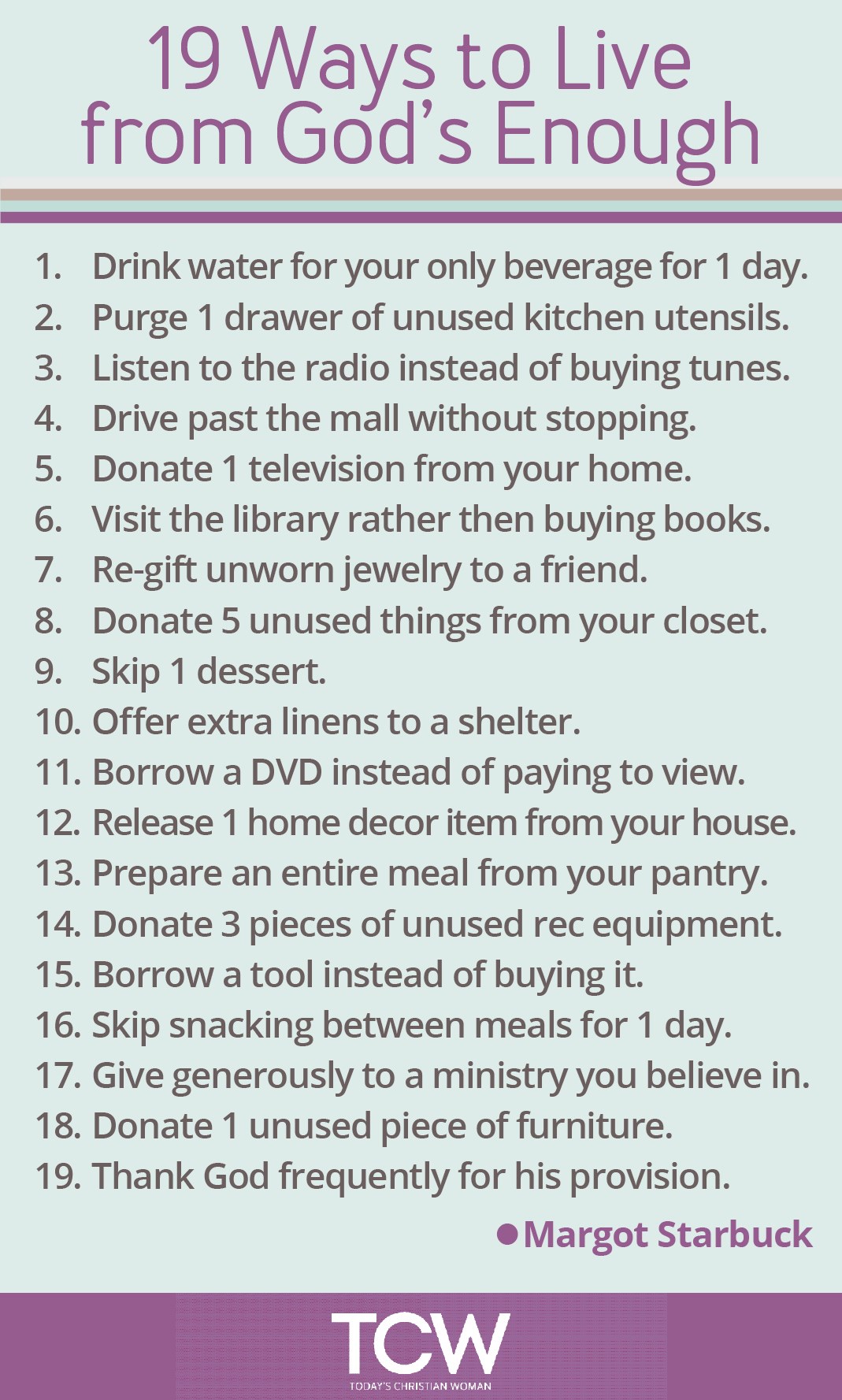