What J. K. Rowling and Sara Blakely know that you don’t
Diane Paddison 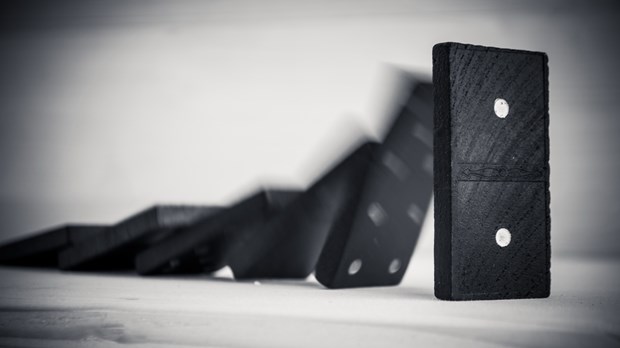 We live in a world that loves success and fears failure. Some of the most successful people point to their failures as critical components of their success—I know this is true for myself. But it seems that people spend more time and effort trying not to fail than trying to succeed.

Don’t get caught in this mindset. Failure offers incredible opportunities for personal, professional, and spiritual growth if you learn to handle it the right way. So my encouragement to you is this: Don’t fear failure—master it! “For God has not given us a spirit of fear and timidity, but of power, love, and self-discipline” (2 Timothy 1:7).

In Matthew 25:14–30, Jesus told a parable of a man who went away on a journey and gave three servants varying amounts of money. Two of the servants managed to double their money in the time he was away while one chose to fear what would happen if his investment failed and did nothing. Upon his return, the master was upset with the man and, in essence, fired him. The servant who was controlled by fear of failure ended up as bad off as he thought he would be if he had lost his master’s money.

People who focus on avoiding failure make poor decisions, and they waste a whole lot of energy worrying. Failure is a part of everyone’s life—your boss’s, your CEO’s, your pastor’s, your mentor’s. All of them failed, a lot, before they got to where they are.

No one sets out to fail or designs a plan around failure, but even the world’s best scientists know that most of their experiments will fail before they eventually find the breakthrough. Knowing and accepting that mistakes are part of the process is critical to making progress, particularly when the way forward is difficult or unclear. Failure will be a part of your life, just as it has been part of mine, but that doesn’t mean it has to define you.

J. K. Rowling, author of the Harry Potter novels, is one of the most successful writers of our generation, but she didn’t start out that way. She credits her setbacks as a key ingredient of her success. During her 2008 commencement speech to Harvard graduates, Rowling reflected, “Failure gave me an inner security that I have never attained by passing examinations. Failure taught me things about myself that I could have learned no other way.”

While Rowling looks back on her experience of failure and appreciates what it taught her, another successful woman started seeking opportunities to fail. Growing up, Sara Blakely, the founder of Spanx and one of the youngest billionaires in history, regularly fielded questions about failure at the dinner table from her father. If she couldn’t describe something she failed at that day, he was disappointed. Her father wanted to hear about her mistakes not to denigrate or shame her but to encourage her to try (and keep trying) new things. In doing so, Blakely says, her father taught her not to fear failure but also to believe that the only real failure was in not trying. She believes that this lesson contributed directly to her success as an entrepreneur.

Of course, people don’t simply fail their way into a bestseller or the C-Suite. So what sets apart a J. K. Rowling or a Sara Blakely from others who have experienced similar failures?

Too few people take ownership for their mistakes. Human nature suggests we look around for someone or something to blame when things don’t turn out the way we’d planned. Identifying these outside factors allows us to mentally sidestep failure, and that prevents us from growing.

When you distance yourself from the discomfort of failure, you deny yourself its potential benefits. Researchers from Harvard Business School have shown that you learn more from failure if you take ownership for what went wrong. That means you’ll learn the most (and get the most benefit) from failure when you identify and take responsibility for your role in it, and this is true whether or not there are outside factors at play.

If your failure has impacted others, take this one step further by offering a sincere apology and asking for forgiveness. I didn’t really learn this lesson well until I was in my forties, but I wish I’d learned it sooner. Some people worry that an apology makes them seem weak, and it can be hard to humble yourself in this way, but I’ve seen that there is real dignity and healing power in a simple, sincere apology.

Assessment is crucial for learning. A great scientist watches her experiments fail far more often than she watches them succeed, but she doesn’t move on to the next one without examining why the previous experiment didn’t work as planned. The very best businesses harness the power of failure by trying new products or approaches on a small scale to identify needed improvements before putting major resources behind it. Often, what appears to be great success comes only after hundreds of small failures.

Reflect carefully on your failures to identify key mistakes. It may help to enlist a colleague, boss, or mentor who can consider the situation from a different perspective. Understanding why and where you failed is critical to correcting course. Over time, the process of seeking out the lessons in your failure will build confidence and resilience.

As important as it is to accept and assess your failures, it is equally important to then put them behind you. I grew up playing basketball, but my husband is a big hockey fan, and I’ve learned to enjoy watching games with him. In both sports, players take shot after shot, and most of the time they miss. Players who get caught up in their failures start to pull back. They lose focus, and their performance suffers. The best players manage to take those failures in stride, making adjustments where necessary but always pushing toward the next shot. Hockey great Wayne Gretzky noted, “You miss 100 percent of the shots you don’t take.”

No failure is final. There is always a next shot to take, and you must allow yourself to move on. Don’t allow failure to paralyze you or infect you with bitterness or anger. Our hope in Christ gives us the freedom to let go of past mistakes and look forward to what God has created us to be. Strain toward what God has ahead of you rather than what is behind (see Philippians 3:12–14). Keep taking shots, secure in the knowledge that no earthly failure can thwart God’s good plan.