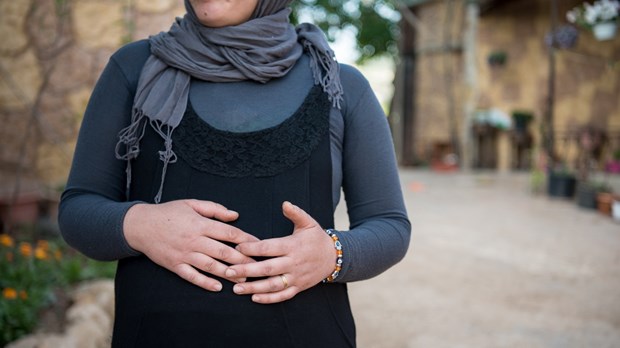 Last week Wonder Woman staring Gal Gadot broke box office records worldwide, while Lebanon banned the movie and protestors in Austin, Texas, boycotted the all-female screening. One American news anchor even complained the heroine wasn’t “American enough.” As the world seemed to debate the merits and missed opportunities of Wonder Woman, I traveled to the Beqaa Valley in Lebanon, a stone’s throw from the Syrian border, to interview the wonder women of the Middle East—heroic women who have experienced inconceivable suffering and fight everyday to overcome it.

She didn’t look like Wonder Woman, yet as we talked she transformed from mild mannered to something more than spectacular. Pushing back her head covering, Zada shifted uncomfortably in her chair. As she’s eight months pregnant and has just arrived from the border, I was feeling uncomfortable for her. A finjaan, or handle-less coffee cup, balancing on her swollen belly and swayed with each of the baby’s kicks. “She will be strong,” Zada said, grinning at me as she moved her cup to avoid a spill. Too quickly her smile dissolved into a deadly seriousness, “We need her to be strong.”

I’m no stranger to seeing resilience and courage grow out of trauma and suffering. I’ve visited war zones and refugee camps before—most often in the Democratic Republic of Congo (DRC), the tortured heart of Africa. Rape, murder, kidnapping, sickness, and loss are commonplace there. Yet, the women in these camps were some of the strongest, most capable survivors I’ve ever met, and before I came it was so easy to overlook them. Because the world had forgotten the DRC. But these women would still survive, from their own sheer will and hope and grit. Something deep and disruptive drove me across an ocean to meet them. As I wrote their story, a new story began in me. The empathy these women had for each other, for their communities, and even for their enemies was nothing short of holy ground. 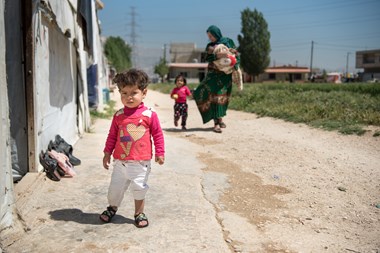 Zada had five daughters, but only four are alive now. She seems to grow haunted as she tells us of her little Abella, who would have just celebrated her first birthday had she lived. Doctors told the family that the baby had a hole between the lower ventricle walls of her heart; she wasn’t getting enough oxygen to her blood. In the United States, many infants who have this surgery grow up to live normal lives, but your chances plummet when you are the child of a war in a foreign land. Medical care in refugee camps can feel like a luxury item, so when a doctor offered to do the open heart surgery for $10,000 U.S. dollars in cash, though it was an astronomical sum, Zada said yes. Abella was prepped for the surgery. Though he said she fought for her life, after the surgery, the doctor told Zada the baby just “didn’t make it” and turned over the Aliyah’s body to her and her husband with no explanation, no questions allowed. As a refugee, Zada was left with no recourse, and no way to know what happened to her daughter. She had lost her home, her country and now, her child. What she needed was empathy and superhuman courage.

The weight of war is more than just physical. As I talked to women here, it was easy to see evidence of trauma at epidemic levels. Up to half of all women and girls living in the prolonged, extreme-stress situation of the refugee camps in Lebanon experience depression associated with physical and mental violence. Feelings of abandonment and deep grief accompany their trauma. “There was no hope left in Syria for us. So we fled,” whispered Amira, a Syrian refugee and mother of two.

“War arrived in our home and we had no heat, no gas, no food, no water.” Pained, Amira recalled the first time she fed her children spoiled vegetables and moldy bread from a bakery, it was “like feeding my children from a trash can.” She remembers avoiding the gunfire as she ran back to her apartment with the food. Caught in the height of battle for “the capital of the revolution,” Amira and her children were prime targets for ruthless rooftop snipers. She and her husband waited out the nearly four months of fierce antigovernment clashes that left over 1,500 dead before they fled for Lebanon. Though Lebanon opened their doors to her family, their suffering continued as her husband coped with his stress through heavy drinking, disappearing for long periods at a time, and then altogether in 2013. 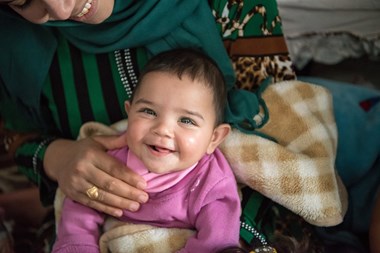 Until today, she supported her children doing whatever was necessary to make sure they were fed and in some form of school. She has begged help from family, sold produce on the streets, and most recently, began working in a local school, helping Muslim refugees assimilate and heal as they learn. She, too, seeks healing, professes she is learning to forgive in the midst of her greatest sadness: realizing she and her children can never go back home again to Homs, her city in Syria. As a mother raising young children in a new country completely alone, home is the only place she wants to be. But for Amira, home no longer exists.

The fear of being forgotten is very real for these women. Many Syrian refugee women find themselves, like Amira, feeling abandoned and resource-strapped while trying to take care of traumatized children. Well over 70 percent of Syrian refugees live in grinding poverty trying to provide for their families on less than $2 a day, living in insecure dwellings, all with limited food access. Many of these mothers say they aren’t safe; some never leave their tent. They are sexually and economically harassed. Life isn’t just hard—it’s barely bearable.

Zada and Amira and so many like them have stood strong in the face of fear, poverty, trauma, and harassment. Nothing unifies them more than their hope and dreams for their children. According to the United Nations, over 80,000 babies have been born abroad to the refugees of Syria. Lebanon is quickly becoming home to an entire generation of Syrian babies, a generation at risk of being displaced, abandoned, or lost altogether to disease, poverty, and the harshness of life in the camps. Weather is felt acutely, and tents can be twice as hot or twice as cold as anywhere else; not coincidently, infant deaths to simple hypothermia and heat exhaustion continue to rise. Food rations are meager, and attempting to create a balanced diet for a pregnant mother or a growing child is close to impossible. As in Zada’s case, medical access for safe deliveries and follow up child-maternal health care are not only complicated to receive but outrageously expensive. 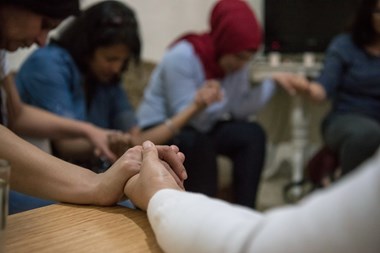 Yet in this crucible of conflict, the refugees of Beqaa Valley have a reason to hope. These wonder women, like their comic book counterpart, take the blows, absorb them, and turn them into strength to fight the good fight. Take, for example, Izdihar Kassis, mother of two and founder of Together for the Family, a local nonprofit serving refugees. Izdihar, a Syrian who has braved many years of war herself, loves nothing more than bringing diapers, vitamins, formula, medicine, seasonal clothes, and blankets to the mothers of newborns and growing babies. At Kassis’s startup The Babies Project, all the women in attendance have suffered. They all have experienced great loss and fear. Some were considered sworn enemies while others were known as untouchable outsiders. Yet, their little ones were all born in exile, in a world of conflict and war. As mothers, these women see themselves in each other, and the hope for a future in each other’s children. No matter where they’re from or where they hope to go, the power of empathy makes them stronger, braver, and at times, even fearless.

As a little girl I wanted to be just like Wonder Woman, able to absorb the blows of my enemy with my indestructible bracelets and rescue the day, emerging even stronger than before. As I grew up, I began to notice something about the plethora of superhero movies, comics, and binge-worthy TV series: nestled between the rising conflict and the dire straits is a moment where the superheroes confront their greatest fears and overcome them. My Syrian sisters live lives that confront fear and choose to act anyway, choose to run anyway, choose to overcome against all odds. These women don’t ask for pity; they barely ask for help. But the depth of pain and sorrow they feel is real. And very much like the superheroes of our dreams, what they desire is stunningly simple, so similar across history, geography, cultures, and socioeconomic boundaries: to survive, to flourish, maybe even to hope.

Wonder Woman may be banned, picketed, and debated, but these women will continue their silent, thankless heroism, surviving with herculean strength. Their days demand it, and sometimes their faith too—for their children, their families, their sisters. It’s what heroes do. And while millions flock to see Wonder Woman in action, these women of wonder will continue to go unnoticed, but not unsung. Zada, Amira, Izdihar—we see you, brave souls, and you give us hope.

Belinda Bauman, mother of two teenage sons, is the founder of One Million Thumbprints, a grassroots campaign focused on overcoming the effects of war on women through storytelling, advocacy, and fundraising. Belinda is currently writing her first book Brave Soul: Lessons in Love, Risk, and the Power of Empathy. Only the Lord knows when it will be published. 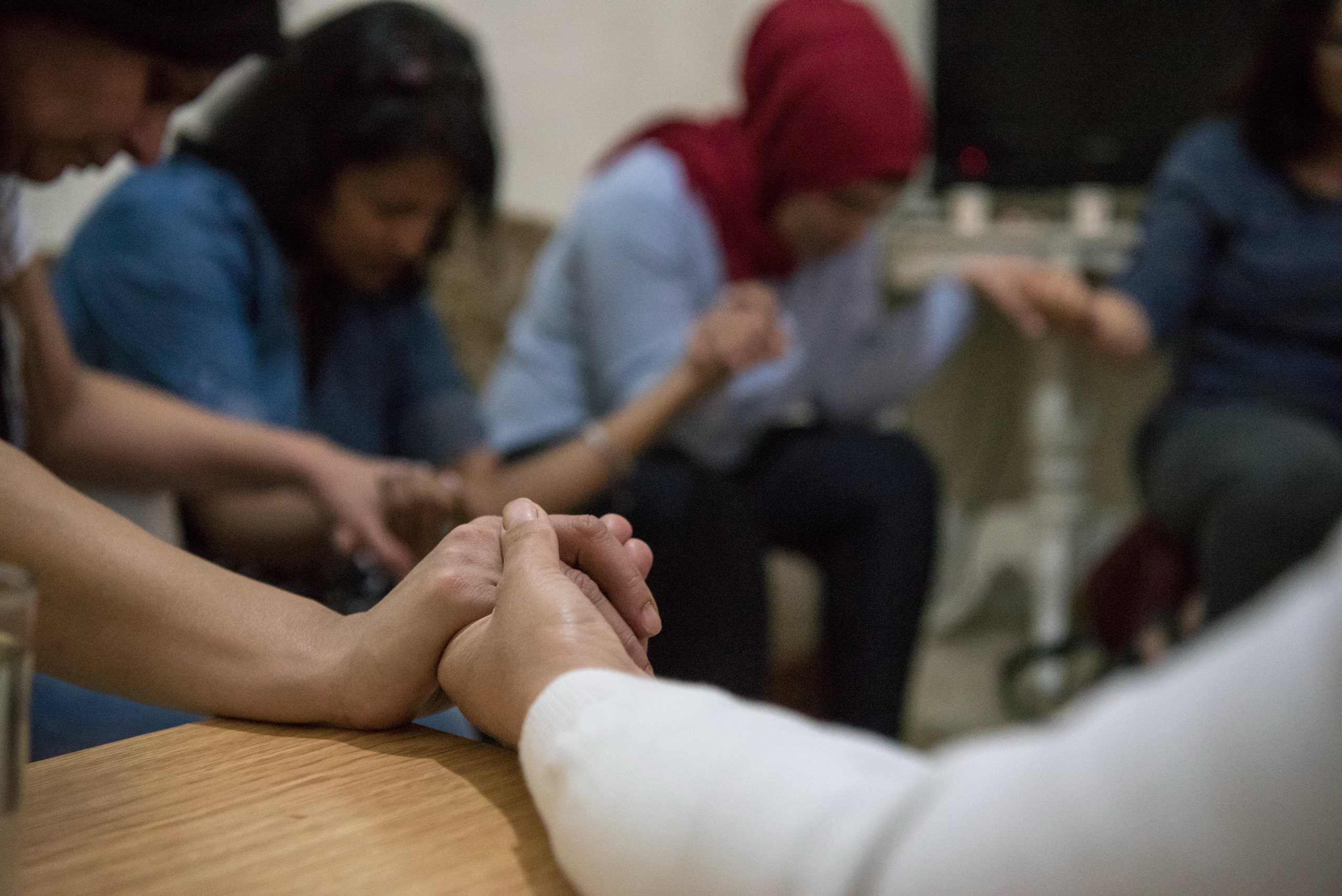