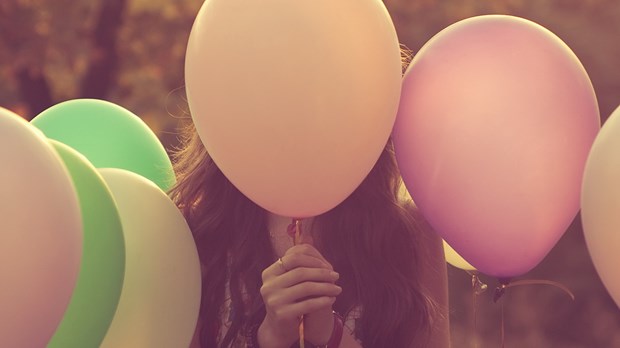 As long as I can remember, I've been shy. I cringed as a young child at encounters other kids laughed off—like when a cranky neighbor yelled at us for accidentally hitting a ball into his yard. I nearly froze with terror in the presence of my first-grade teacher, an imposing woman renowned for her strictness. Hospitalized at age ten for a tonsillectomy, I was too timid to call the night nurse and let her know I needed to go to the bathroom. Since I couldn't get out of the criblike hospital bed, I spent the night marshalling my willpower to avoid wetting the sheets. And as a teen and young adult, my quiet reserve was often misinterpreted as aloofness and snobbery.

For years, I viewed shyness as a disability, something I was born with and couldn't help. I felt my personality "handicap" permitted me to sit back and wait for others to talk to me. It's up to the extroverts of the world to reach out to me, I thought. After all, can't they see I'm shy?

For years, I viewed shyness as a disability, something I was born with and couldn't help.

When I went away to college, I attempted to cover up my lack of social confidence by avoiding contact with people I didn't already know. I rarely ventured out of my shell to chat with other students at mealtimes or before and after classes. In the mistaken belief appearance was the key to being accepted, I never left my room without first laboring over my hair and makeup. I wore the trendiest clothes my limited budget would allow. And I never admitted, at least not publicly, to any uncertainties, weaknesses, or failings.

But I discovered, to my dismay, that people who hardly knew me thought I was stuck up. Instead of coming across as reasonably self-assured, I appeared unfriendly and arrogant. What others didn't know was that I didn't make overtures to them because I wasn't sure they'd like me back.

Looking back, I realize I must have unconsciously believed if I made myself seem smart, attractive, and competent, people wouldn't detect my shyness and would naturally want to be my friend. Who wouldn't want to go out of her way to befriend an apparently perfect person?

I've since learned exactly the opposite is true: Sharing vulnerabilities is a faster route to friendship. I've also realized there are lots of shy people in this world—and if we bashful types waited for the extroverts to befriend us, it'd be a pretty lonely planet!

While I've learned to camouflage my shyness over the years, it's never gone away. Today I can speak with apparent confidence in front of large groups of people and even make small talk at parties, but I've never lost my internal shrinking from new situations and new people. And as the mother of a shy child, I inwardly cringe as I watch my daughter struggle with bashfulness and extreme sensitivity. I'll always have shy tendencies, but I now know I have a responsibility to reach out to others even when I'm not so inclined. And I've concluded my shyness can be an asset, especially in friendships.

I'll always have shy tendencies, but I now know I have a responsibility to reach out to others even when I'm not so inclined.

For example, a couple of years ago after a dinner party, the hostess complained to me that she didn't have any friends. My mouth dropped open. She was the most popular, outgoing woman I'd ever met. Initially I hadn't even tried to develop a friendship with her because I thought, Why does she need me? She's got tons of friends. On the couple of occasions we'd gotten together for tennis or lunch, she'd run into at least ten people she knew. She'd joke and schmooze with them—they all seemed like her best friend. She was constantly entertaining and got more social invitations than anyone I'd ever known before. She was never alone—but her relationships were all superficial, and deep down, she confessed, she was lonely.

I'd always wished I could emulate this woman's vivacious, outgoing personality until I saw that, like many other personal characteristics, it could be used as a strength or a weakness. My friend is a wonderful person, but listening isn't one of her strengths, and sometimes she's clueless about others' feelings. These tendencies, plus her action-packed schedule, have made it hard for her to really get close to anybody. Realizing this helped me see the potential strengths in my shyness.

I've learned that having a quiet, reserved personality gives me the opportunity to be a better listener than a talker. And since I started tapping into this aspect of my shy nature—by being intentional about using my gift for listening—I've been able to develop some deep friendships. I think of my former coworker, Emily, for example, who wasn't at all shy. Emily dominated staff meetings with triumphant reports of her many successes. In fact, she was a departmental superstar. But she had few friends, a fact that became painfully evident when she invited the entire staff to a party at her house and no one came but me.

I've learned that having a quiet, reserved personality gives me the opportunity to be a better listener than a talker.

As Emily started pouring out her hurt that night—the first time she'd ever been vulnerable in my presence—I offered her the best gift I had, a listening ear. It was the beginning of a friendship that has continued despite several job changes and her cross-country move. Emily's gone on to many more career successes—she's now one of the top women in her field—but she still calls me long distance for the kind of discussions that only take place when one person is a good listener. And many times the one who's listening is shy.

Like many shy people, I often recognize and empathize with other people's hurts. And recognizing them puts me in a position to do something about them—sending a note, reaching out a hand in sympathy, speaking a few words of quiet comfort. I've also discovered shyness is often accompanied by spiritual sensitivity. I like to think Jesus had shy people in mind when he said, "Blessed are the meek."

As a shy mother, I'm better prepared to help my daughter accept her God-given personality and find positive ways to tap into her own shy, sensitive nature. Like me, my ten-year-old daughter, Whitney, sometimes has a tendency to turn inward. So I've shared some of my own journey with her. Owning up to it gives me more credibility in Whitney's eyes. In the past, when I'd encourage her to take a social risk, she'd automatically refuse, protesting, "I'm too shy." But now when she sees me trying to reach out to other people, she knows the struggle behind my efforts.

She's started venturing beyond her own relational comfort zone—like joining a park district basketball team even though she didn't know any of the other players. And I've been thrilled to see her demonstrate an aptitude for listening and a genuine concern for other people's feelings. Recently a mom called to tell me how much she appreciated the comforting letter and Scripture verses Whitney had sent her daughter, who had been the brunt of cruel taunting at school. "We both cried," the woman told me. "Your daughter is really kind and caring."

We've both got a way to go, but I hope I can teach my daughter what I've learned so far: Every personality type has its strengths and weaknesses. Depending on how we view it, shyness can either be a barrier or a bridge to relationships. Our challenge is to find the gift in our God-given traits.

The truth is, there are days when I still wish I weren't shy. Days when, given a choice, I'd rather be a cheerful chatterbox, a high-spirited, life-of-the-party type. But even on those days, I believe God made me for a purpose, that he made me shy in order to accomplish that purpose. So instead of trying to hide my true nature or use it as an excuse, I'm learning—still—to tap into the resources it offers me and others.

Janis Long Harris is an editor and author who lives with her family in the Chicago area.